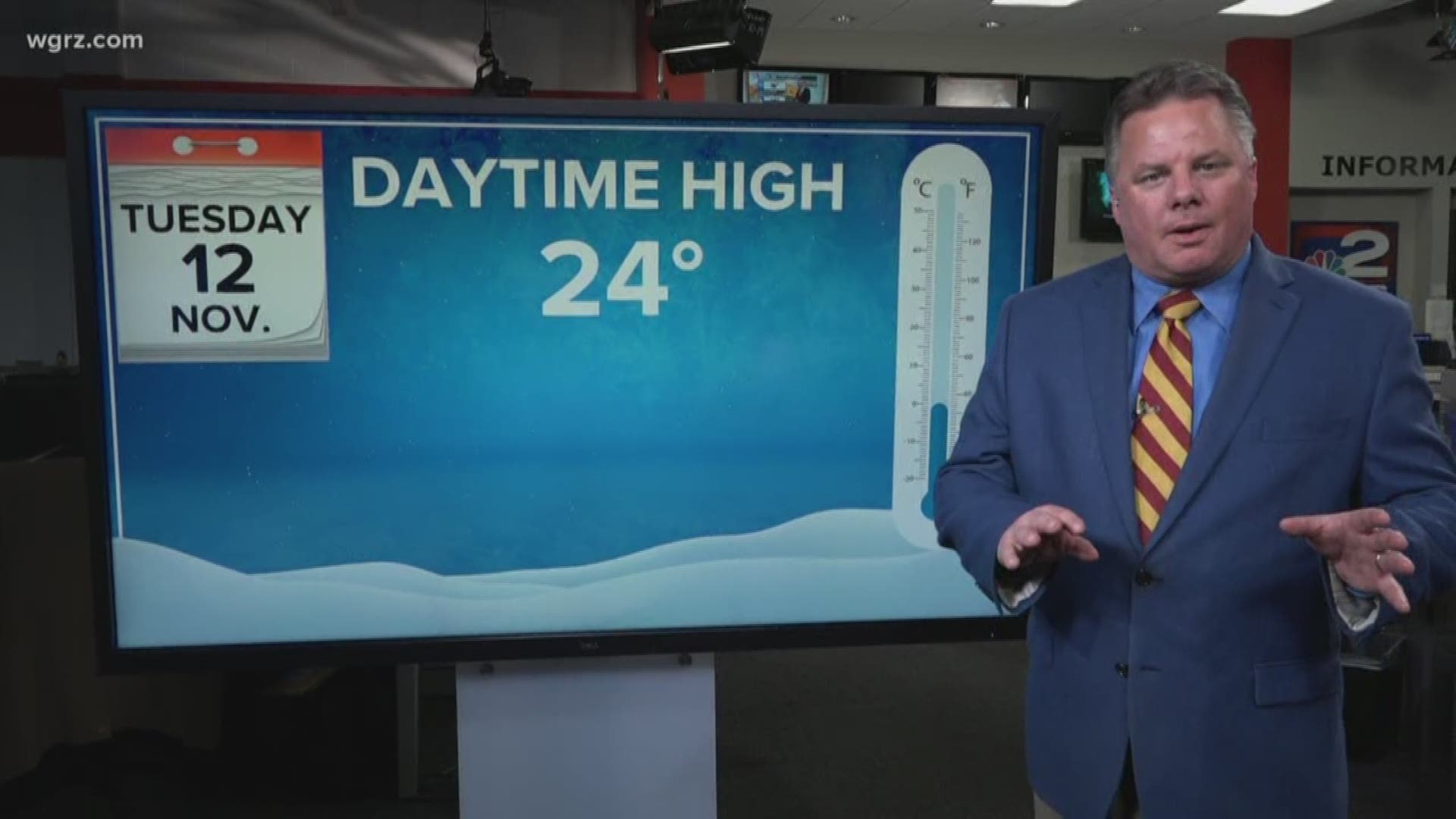 BUFFALO, N.Y. — For the second straight day, record cold has been reached in Buffalo. Tuesday night’s temperature dropped to 16 degrees just before midnight, which established a record low for the date. The old record was 22 degrees set back in 1921. What's interesting is that temperatures were already below that record value early Tuesday afternoon. The thermometer read 21 degrees at 2 pm.

Wednesday morning the temperature dropped to 14 degrees setting a new record low temperature for the date. The old record was 16 degrees set back in 1986. Other low temperatures this morning include 7 degrees at East Aurora and 8 degrees in both Elma and Olean.

Also Tuesday with a high of just 25 degrees, it was the coldest daytime high for the date. The old record was 31 degrees set in 1983.

This cold air follows the record snowfall that fell on Monday. 8.7 inches of snow fell Monday breaking the old record of 5.5 inches that was set in 1942. The storm total was closer to 11 inches.

Buffalo was not able to set another new record on Wednesday afternoon. As of 2 pm, the temperature at the airport was 26 degrees, which is higher than the record coldest high of 24 degrees.

Temperatures will begin to rise slowly overnight on Wednesday. Both Thursday ad Friday should have afternoon highs above the freezing mark. 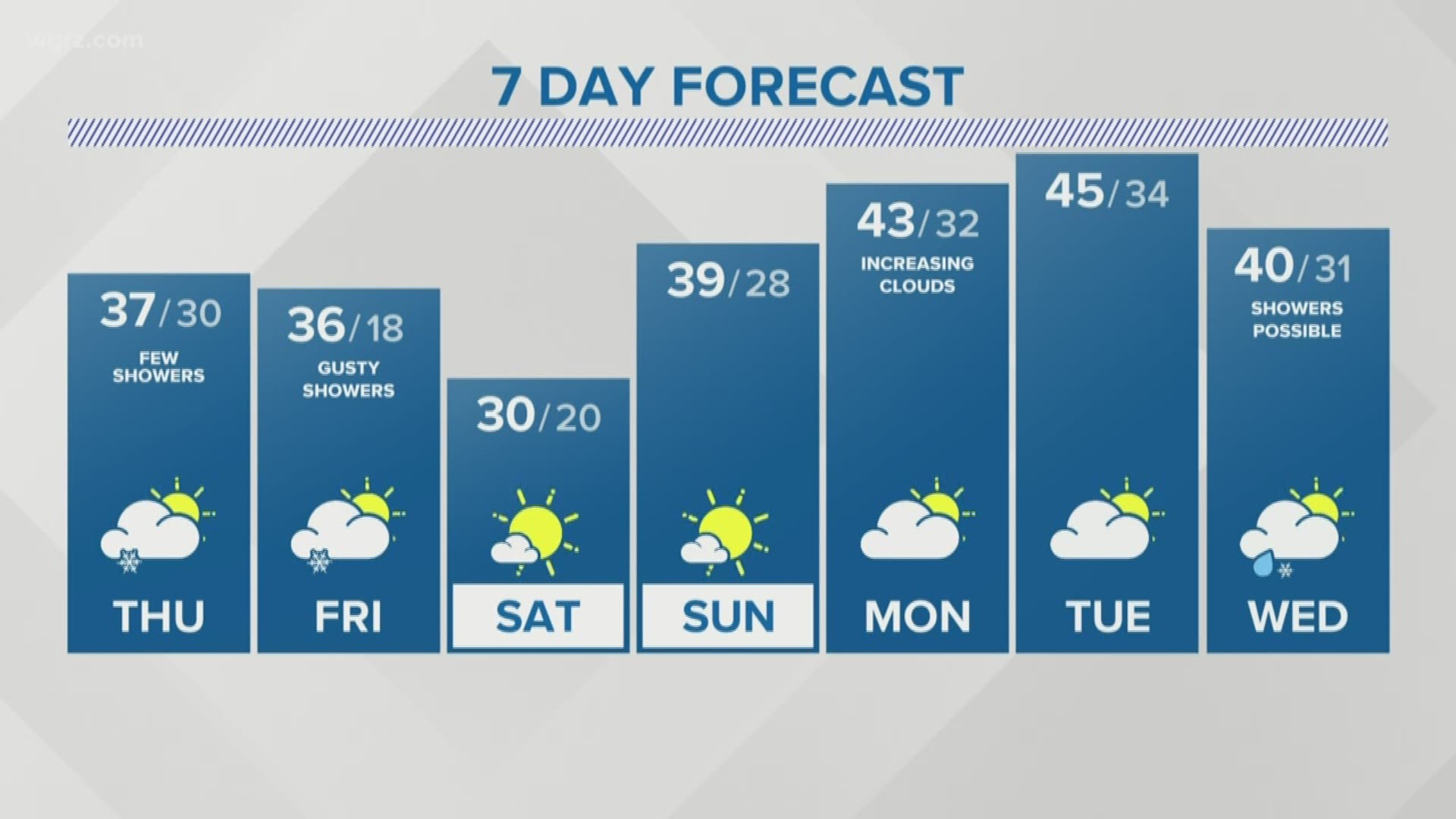