Unusual May snow is in the forecast this weekend

Minor accumulation is possible in some areas, but the entire region will likely experience near record cold temperatures Saturday. 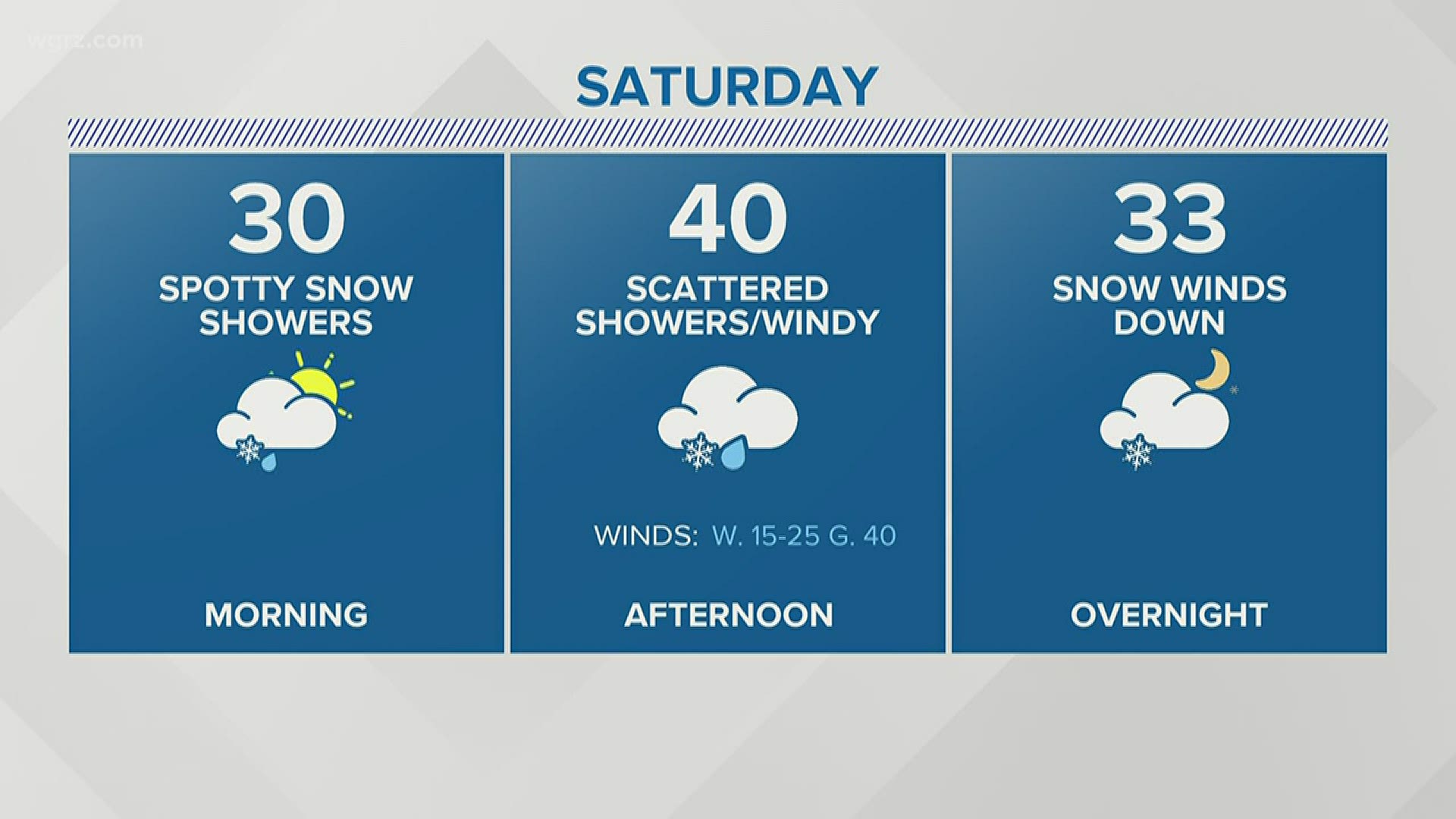 It appears we are stuck in a cold, spring-weather pattern that just won’t quit.

High temperatures Saturday and Sunday will hold in the low 40s and in some cases only the upper 30s. That's 20 to 25 degrees below average for mid May. Today Buffalo officially picked up a trace of snow with 1/2" of snowfall in places like Hamburg and Orchard Park

This cold air will come in along with a couple of precipitation chances and the increasing potential for some unusual May lake effect snow. Saturday will also be windy with gusts to 40 mph near the water. Wind chills will be stuck in the 20s and low 30s.

More snow is expected Saturday with scattered snow showers increasing in the afternoon which could become moderate at times. If we pick up more than 1/2" of snow in Buffalo that will break a record going back to 1923.

RELATED: What is graupel?

RELATED: Learn how to fill your indoor and outdoor spaces with plants