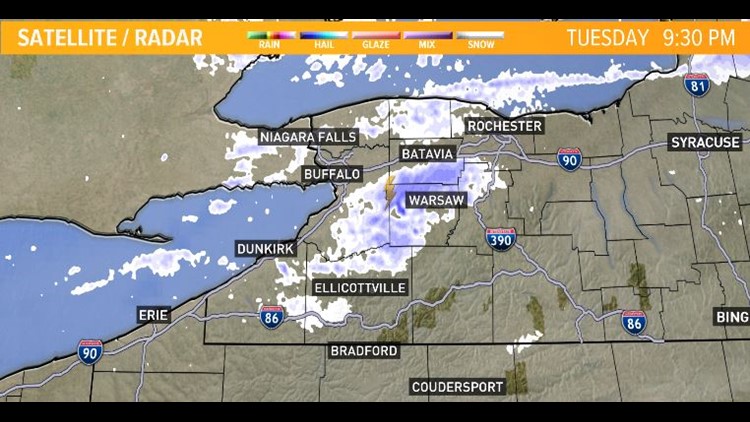 Yes, there was lightning during Tuesday night's snow

BUFFALO, N.Y. — Did you notice a flash of light as snow was falling lightly across Western New York?

Thundersnow was reported in Eastern Erie County Tuesday night. There were multiple lightning strikes between 9:30 and 10:00 p.m. The lightning was seen from places like Elma, Lancaster, Alden and East Aurora. The thunder that followed got many people’s attention as well.

While thunderstorms are frequent in the spring and summer months, they can happen in the winter as well. Most of the thundersnow we see around here is generated from strong lake effect snow bands, however, Tuesday's lightning strikes occurred from a simple snow shower that clearly was strong enough to produce the electrical charge needed for lightning.