Launch America 2.0, NASA astronaut weighs in on the importance of second SpaceX launch

After the initial launch window was scrubbed due to weather, conditions are looking favorable for the launch of 'Crew-2' early Friday morning. 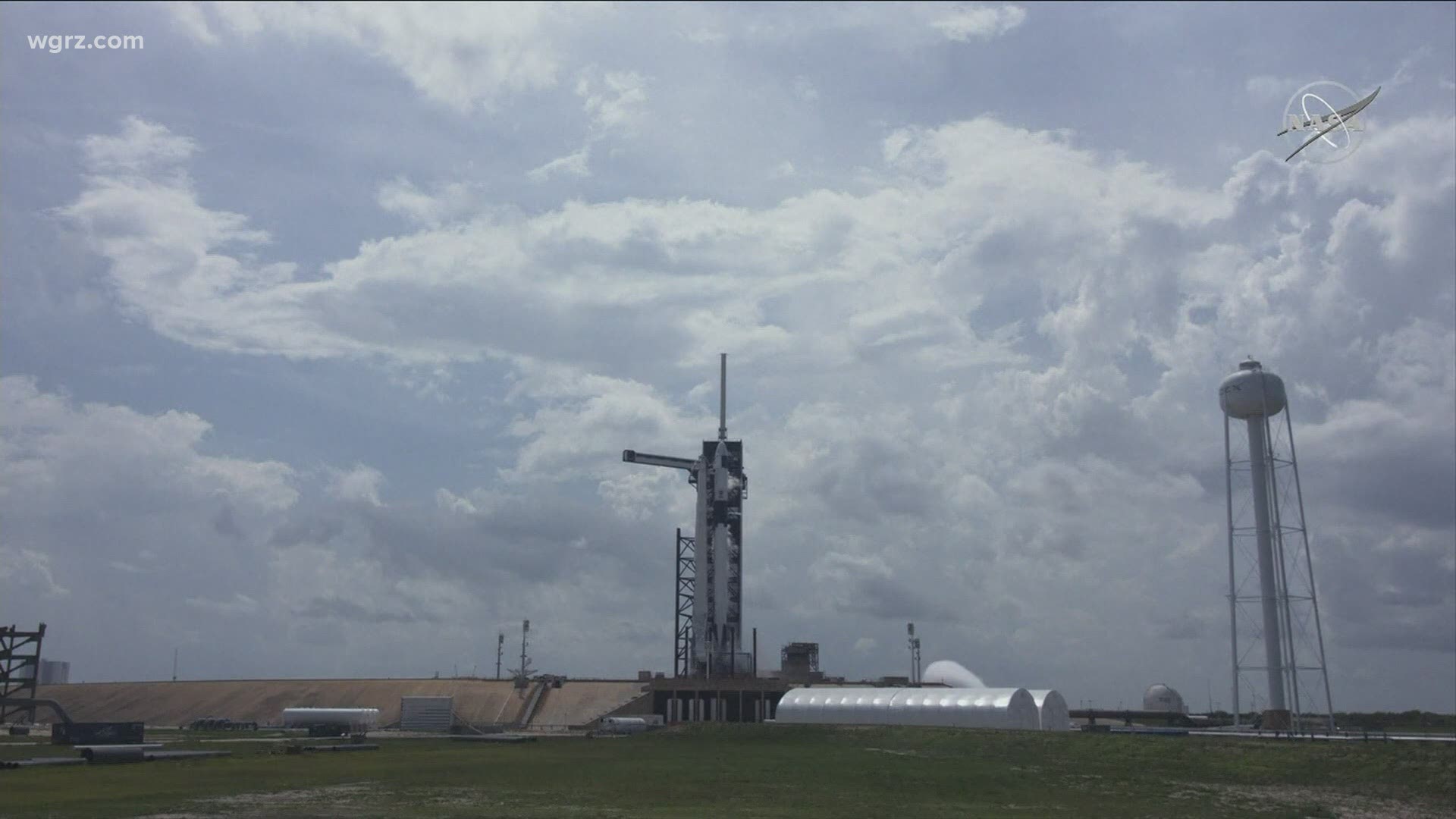 BUFFALO, N.Y. — NASA and SpaceX's "Crew-2" is ready to go, and the excitement is building ahead of the planned early morning launch Friday.

Many witnessed history when when NASA astronauts Bob Behnken and Doug Hurley launched into space aboard the SpaceX Falcon 9 Rocket last summer. This was the first time NASA launched astronauts into space from American soil since the retirement of NASA’s Space Shuttle program.

And with this second SpaceX crew of astronauts ready to launch this week, Storm Team 2 Meteorologist Elyse Smith was able to speak to NASA astronaut Doug Wheelock about the significance of this second launch.

As an astronaut who has launched from both American and Russian soil, Doug says he's excited to see this happening in America again.

"This is really huge for us. Our Russian partners are very important in our continued exploration of space, but it really brought back to us that dream of flight and where it all began. When we can 'Launch America' again," Wheelock said, adding that he hopes this new wave of space exploration will inspire future generations.

Another important note about this launch is the diversity of the crew. "Crew-2" is made up of four astronauts: two from NASA, one Japanese astronaut and one from the European Space Agency. Three men and one woman as well.

When asked about the crew, Wheelock mentioned that, "(It's a) truly international crew. They’re all very seasoned astronauts and we’re all very excited about this crew. Carrying forward (NASA's) message about diversity, and the things we can accomplish when we really don’t care who gets the credit."

The launch of NASA's SpaceX "Crew-2" is scheduled for 5:49 a.m. ET Friday April 23. You can watch live coverage of the launch from NASA-TV.

There’s also excitement building ahead of the launch of NASA’s SpaceX “Crew-2,” scheduled for 5:49 am ET Friday. Hear more from NASA astronaut @Astro_Wheels about the significance of this second launch tonight & tomorrow morning on Channel 2! @WGRZ #SpaceX #LaunchAmerica pic.twitter.com/W2rYItU7Qy