The heaviest lake effect snow showers are over, though another inch or two could fall across southern Erie, Chautauqua & Cattaraugus counties through Sunday morning.

BUFFALO, N.Y. — The weather system that brought the region's sixth snowiest White Christmas in 40 years has transitioned to a lake effect event for most of Western New York.

A Lake Effect Snow Warning lasts until 5 a.m. Sunday for Southern Erie, Chautauqua and Cattaraugus counties. As of Saturday night though, the heaviest snow for the region had already fallen earlier in the day. An additional one to two inches could still accumulate overnight until the warning expires.

The Lake Effect Snow Warning for northern Erie, Genesee and Wyoming counties was allowed to expire at 6:45 p.m. Saturday as the band of lake effect shifted south and weakened.

Two rounds of snow, one from a winter storm Christmas Eve and Day and the other from lake effect snow bands, brought heavy snow all of Western New York. Though those who were impacted by lake effect snow received nearly a foot more!

Snow accumulations from Christmas Eve night and Christmas Day ranged from a quarter of an inch to eight inches. Officially 5.5 inches of snow was on the ground at the Buffalo Airport Christmas Day, making for the 6th snowiest Christmas is 40 years.

Then came the lake effect snow showers which developed Friday night and held steady throughout Saturday. One prominent band hung over the city and Erie County, leading to one-day snow total between 15 to 20+ inches. 18.4 inches of snow were reported at the Buffalo Airport Saturday, break the one day snowfall record for December 26th. Other locations who reported 20 inches or more were Eden, Elma Center, Cheektowaga, Clarence, Lancaster and Hamburg to name a few.

4:05 PM Satellite/Radar: This lake effect band that has been parked over the city for most of the day has finally started to shift south. So while heavy snow will move out of the city, this event is far from over for many. #StormTeam2 @WGRZ #nywx #Buffalo pic.twitter.com/fEp2xgXgB0

Anyone who lives in the City of Buffalo should expect garbage pickup typically scheduled for Fridays to happen on Saturday, due to the holiday, and possibly Sunday, depending on the weather.

Alas, the lake effect finally stopped. When all said and done, nature is a wild yet pretty beast. Roughly 20” that I measured in Lancaster, NY for this lake-effect event. @pathammer @ElyseSmithWX pic.twitter.com/tWPgWGodU9 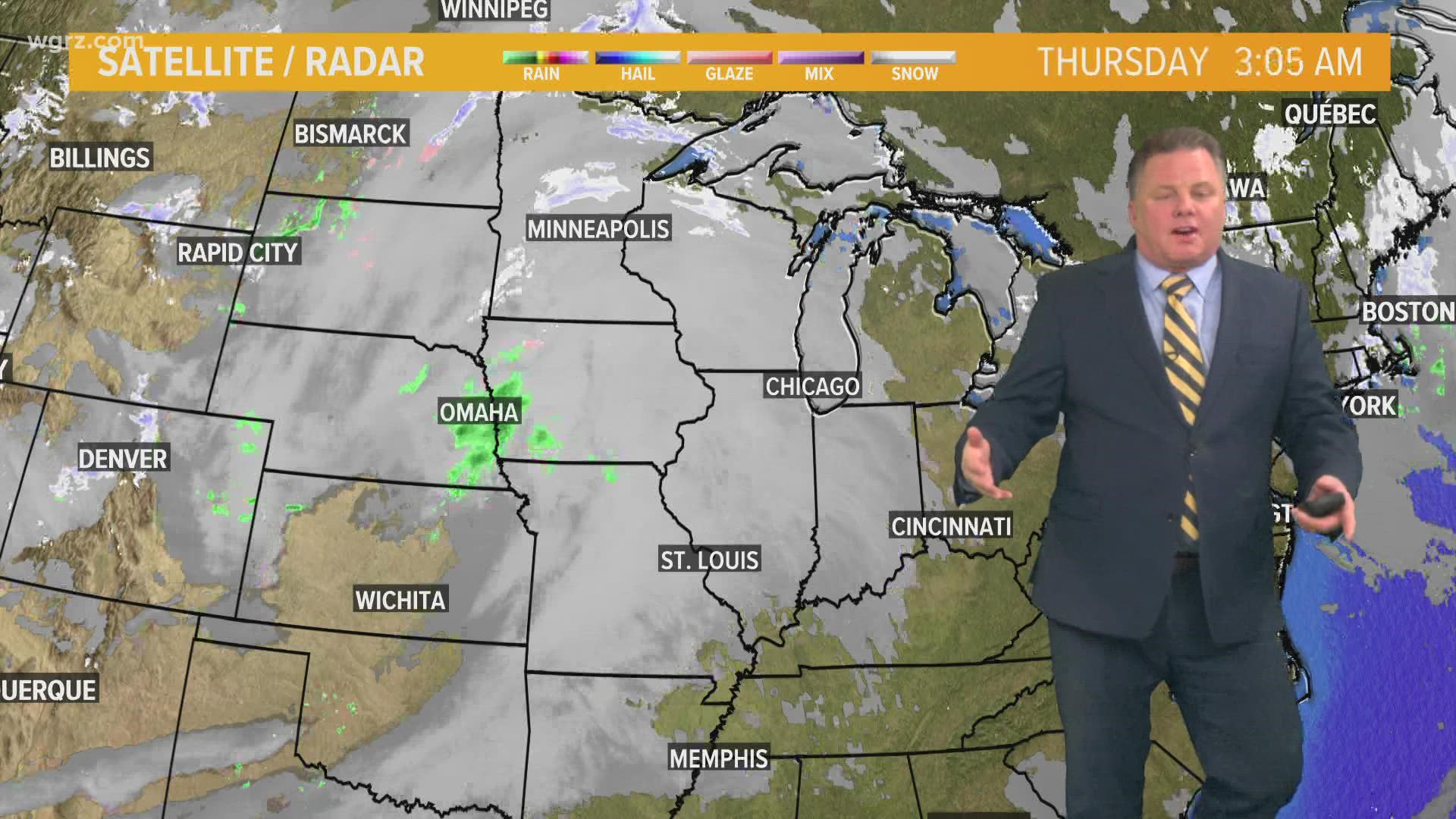