Is climate change behind another busy start to hurricane season?

We're just one month into the official Atlantic hurricane season, and five storms have already been named. 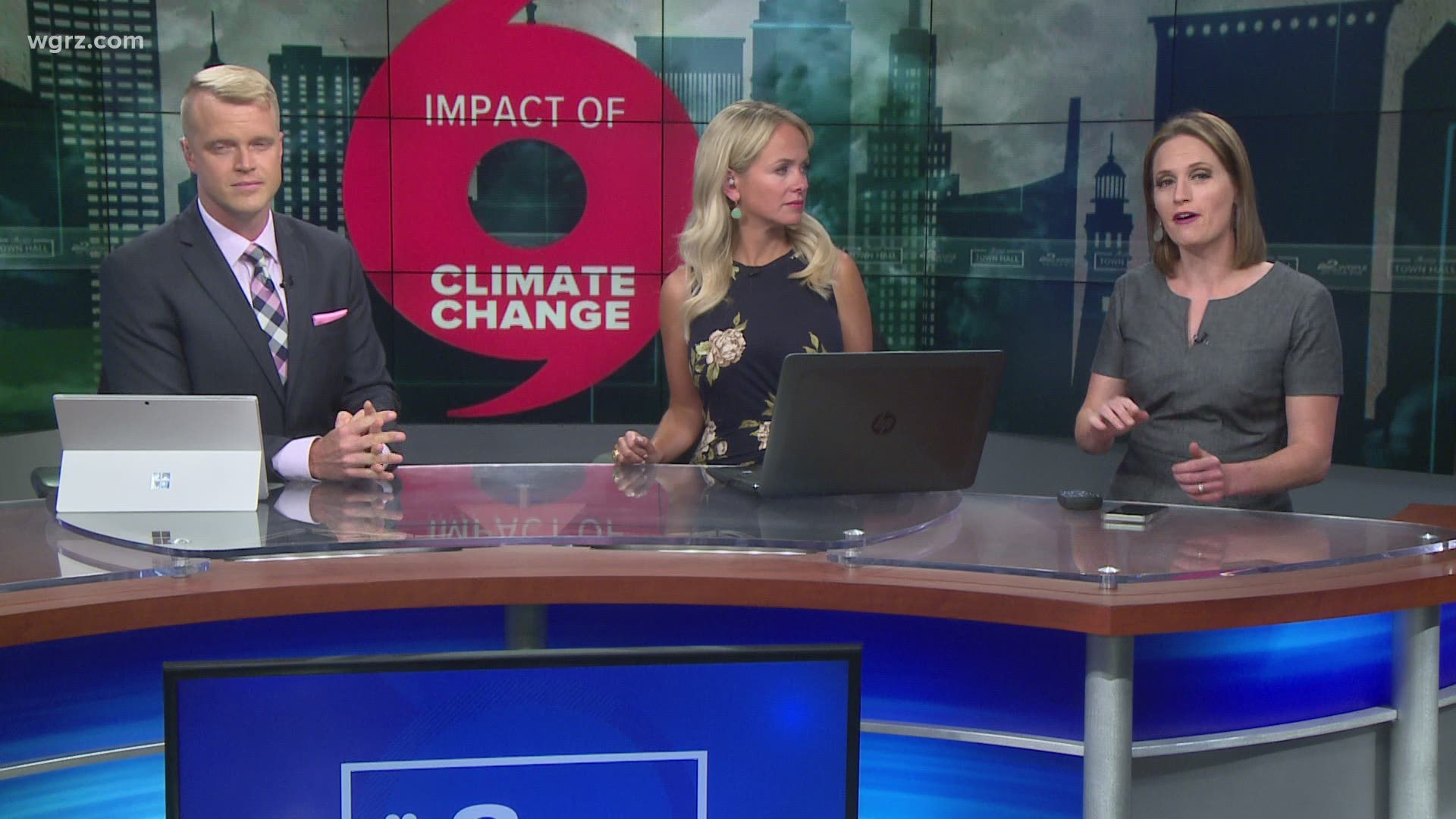 BUFFALO, N.Y. — The 2020 Atlantic hurricane season was officially the most active on record with 30 named storms, 14 of which strengthened into hurricanes. It was also the sixth season in a row with more named storms and hurricanes than the 30-year average. The average numbers there are 14 and seven respectively.

Now just one month into the "official" 2021 season, which runs from June 1 through November 30, five storms have been named. "Elsa" developed in the central Atlantic last week and made landfall on the Florida coast as a tropical storm Wednesday morning.

RELATED: Why was the 2020 Atlantic hurricane season so active?

Patterns in the tropics have sparked a lot of questions about the connection between the number and strength of tropical systems and climate change. Said another way, is a warmer planet leading to a busier and more destructive hurricane season?

The short answer is "yes," but the link may not be quite what you'd expect.

Increasing global ocean temperatures due to human-caused climate change has been shown to increase the number of tropical systems. That warm water is perfect hurricane fuel, meaning a developing system has greater potential to strengthen quickly.

But climate change is also altering wind patterns through the height of the atmosphere. One observed trend is an increase in wind shear in the tropics. Wind shear is the wind changing speed or direction with height. Those turning winds can tear apart a developing tropical system.

Recent hurricane seasons are proving that this increase in wind shear hasn't been able to slow the tropics down just yet but it's important to keep in mind that there's relatively little data on these trends. It may take a couple of decades before scientists truly understand the connection between Earth's changing climate and future hurricane seasons.

But whether there are 25 storms this season or five, just one landfalling storm is enough to devastate a community. According to a study published in the Bulletin of the American Meteorological Society (BAMS), the percentage of the global population that lives within a tropical cyclone hazard zone has tripled since 1970. Tropical cyclone damage has also increased 6 percent each year after accounting for inflation.