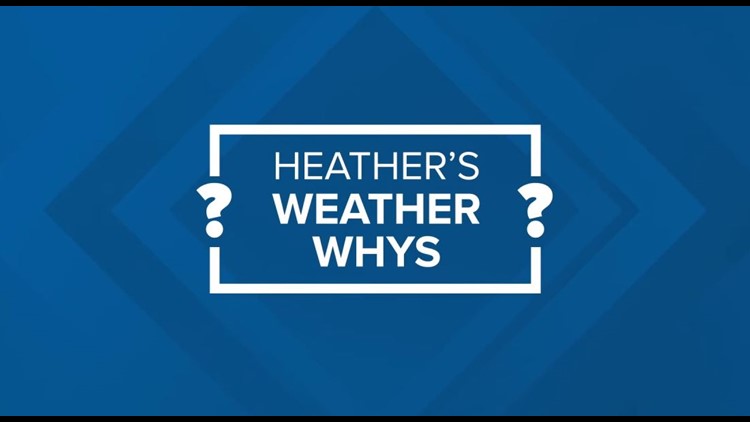 Whether it’s a powerboat, jet ski, kayak or sailboat one thing is for sure: Western New Yorkers love getting out on the water.

In every newscast on Channel 2, we show you a daily almanac with temperature data for the Buffalo Airport. It also shows that daily measured temperatures for Lake Erie and Lake Ontario. If you pay close enough attention, you may have noticed that in the summer months, those two water temperatures can be vastly different.

There are a few reasons for that. First, Lake Ontario is much deeper than Lake Erie. Larger bodies of water warm and cool slower than smaller ones, so it makes sense for Lake Erie to be at least a little warmer than Ontario in the summer.

But sometimes the difference can be as much as 20 degrees. To learn about the real difference maker here, watch this week’s episode.

New episodes of Heather’s Weather Whys air on Channel 2 News at 5:30 p.m. every Thursday. If you miss an episode or want a chance to see it a day early, be sure to subscribe to the WGRZ YouTube channel. Every past topic is uploaded there now.

If you have a weather question for Heather to answer in a future Heather’s Weather Whys, send it to her on Facebook or Twitter.

Heather’s Weather Whys: Why were there so many tornadoes this spring?