'Social distancing' has turned society upside down overnight, but almost as quickly it has led to some big changes in the air we breathe.

Credit: ESA
Nitrogen dioxide is one the most harmful pollutants we can breathe. Recent extreme changes in our lifestyle have significantly reduced its prevalence around the world.
Author: Heather Waldman
Published: 6:19 PM EDT March 25, 2020

There’s no doubt that there have been a lot of downsides to “social distancing” and “self-quarantining.”

The effects range from boredom to ruined livelihoods. Being asked and, in some cases, forced to stay home for long periods of time has radically changed the way society is operating.

RELATED: What does “flattening the curve” mean?

It’s also radically changing the makeup of the lower part of the atmosphere. With minimal work commuting, dining out and gathering in general, people aren’t traveling. Without cars on the roads and far fewer planes taking off, pollution levels have dropped significantly, especially in major cities where pollution is frequently an issue.

The most notable change is in the level of atmospheric nitrogen dioxide, or NO2. It’s the main chemical in smog, and 99 percent of it comes from the exhaust pipes of vehicles and other fossil fuel burning activities.

Satellites from the European Space Agency (ESA) and NASA have detected up to a 50% drop in the amount of the gas in places like Wuhan, China and northern Italy in recent weeks. 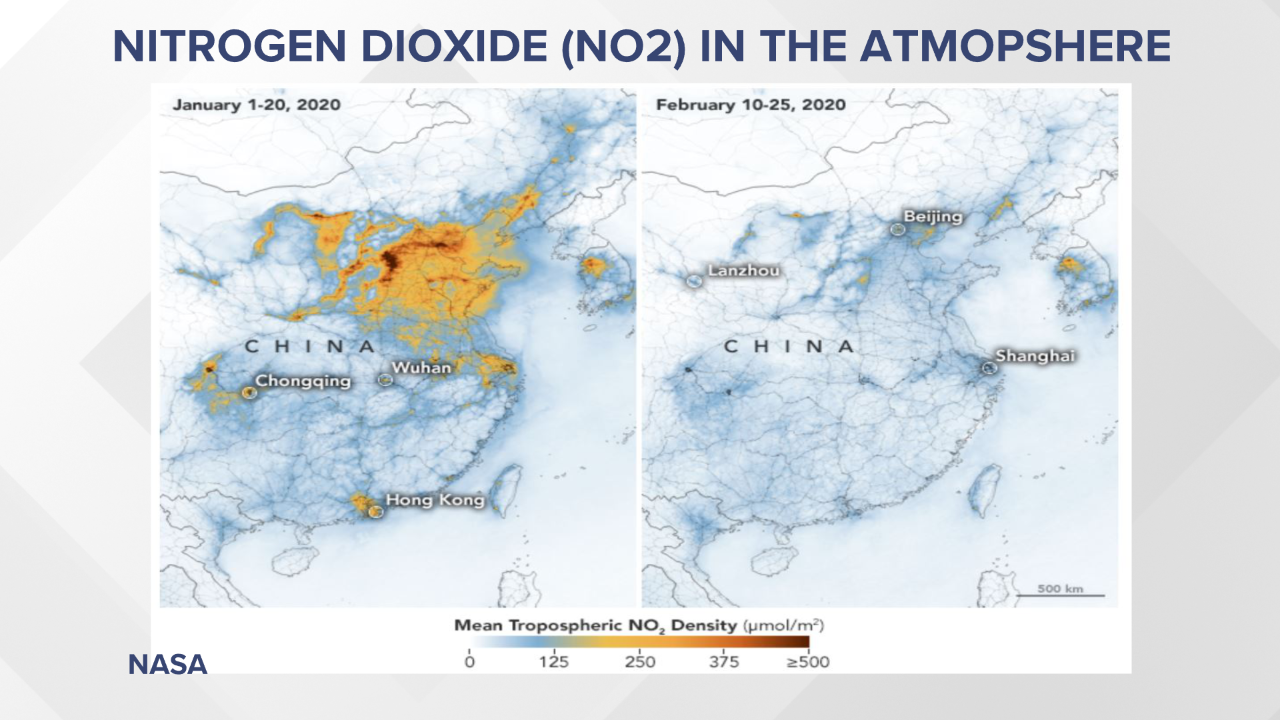 The concern is that once “regular” life resumes, pollution levels will return to their original state. That is, unless we learn some environmental lessons from this experience and use them to enact some more live-able environmental protections going forward.