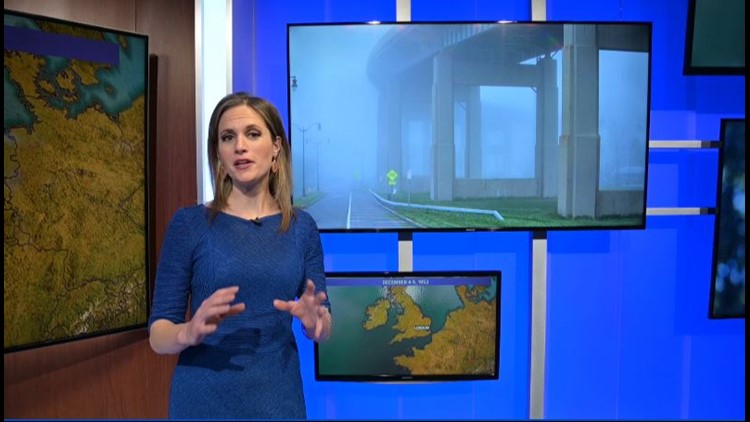 The winter season can be chaotic at Earth’s mid and high latitudes. During this time of year, temperature differences between the Arctic Circle and the equator are at their most dramatic.

Related: What makes the wind blow?

But sometimes, atmospheric patterns cause the jet stream to bend and twist in ways that leave areas of high and low pressure stuck like rocks in a stream. When these systems get stuck, weather patterns can persist for days or even weeks without much change.

Getting stuck under an area of high pressure may sound pretty nice: the winds tend to be light and clouds tend to be few. But when a whole week of stagnant air mixes with toxic pollution, the result can be deadly.

That’s exactly what happened in London, England during the week of December 4, 1952. At that time, the country’s economy was booming, and industries were burning coal without regulation. The city also has a cool maritime climate where fog is common.

Related: How does fog form?

When that fog mixed with the release of excessive pollution at the time for five straight days, the result was an estimated 12,000 deaths and countless more illnesses.

In December of 1952, the pollution-laden fog was so thick that the sky was pitch black in the middle of the afternoon.
AP Photo

Learn more about the infamous “London Smog of 1952” in this week’s Heather’s Weather Whys.