March has gotten off to a very mild start this year, but is there proof of a longer trend of springtime warming?

This year, conditions in Buffalo have been well-aligned for a mild spring season.

The winter overall stayed mild, limiting snowpack throughout the area and minimizing ice cover on Lake Erie. The ice boom was even removed close to a month ahead of schedule.

Without the snow and ice, more energy from the sun has been able to go into raising the air temperature instead of working to melt those typical winter leftovers. As a result, March 2020 has been warmer than normal.

But this year’s unique circumstances aside, there is evidence that the spring season has been getting milder with each passing decade. Since 1970, the average temperature for March, April and May combined has increased just over 1 degree. 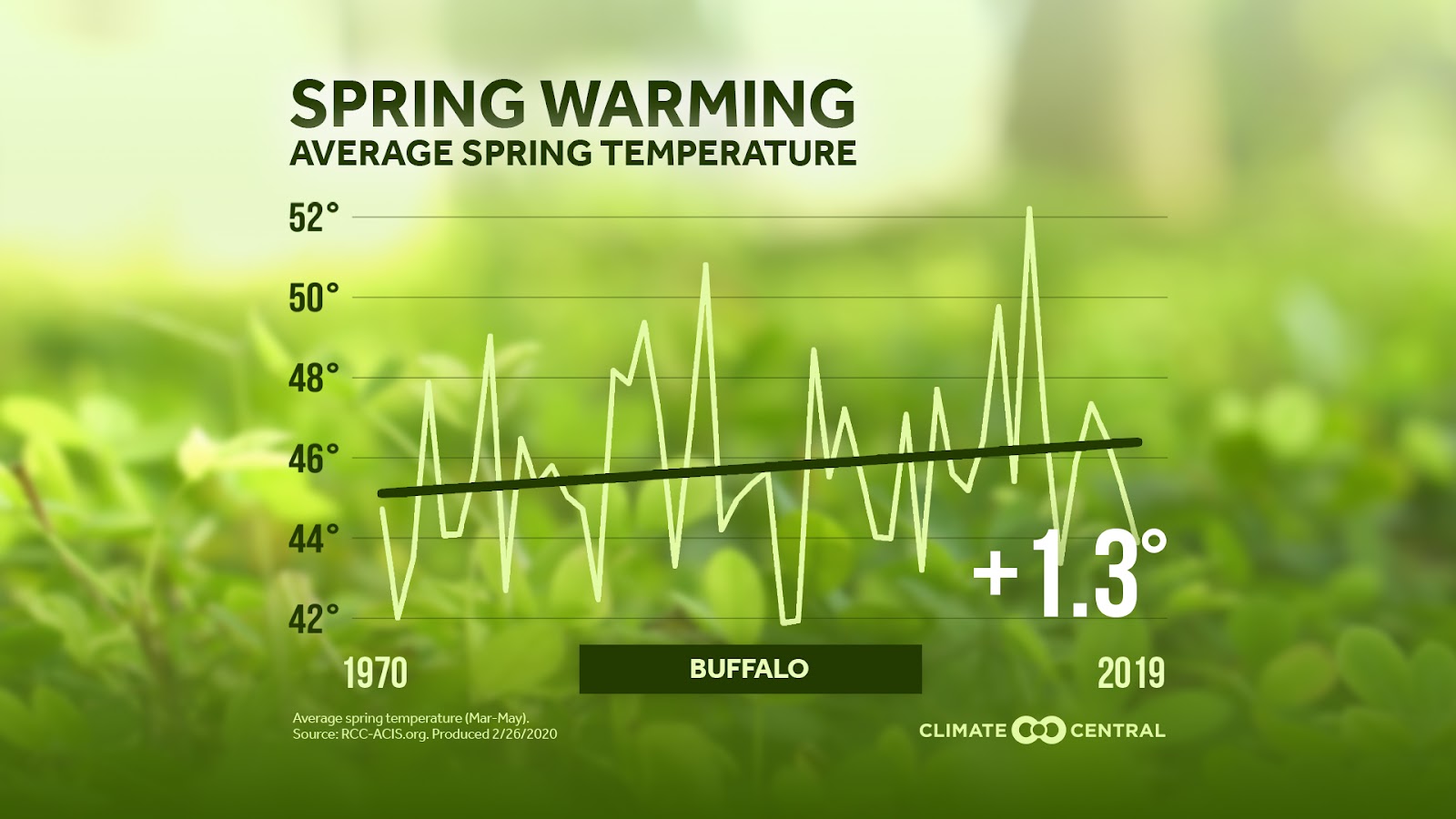 That 1 degree may not seem like a big deal, but even a slight warming trend can have dramatic impacts on things such as the growing season or the return of warm season pests.

Buffalo’s last freeze of winter/spring has trended about a week earlier over the past 50 years. That lengthens the growing season.

The problem here is that if trees and crops start blooming and growing too early, a late-season freeze could kill everything off before the real productive part of the growing season even has a chance to get started.

The spring season is warming just about everywhere in the continental United States, and that warming is most dramatic in the desert southwest. Buffalo’s fastest-warming season is winter.