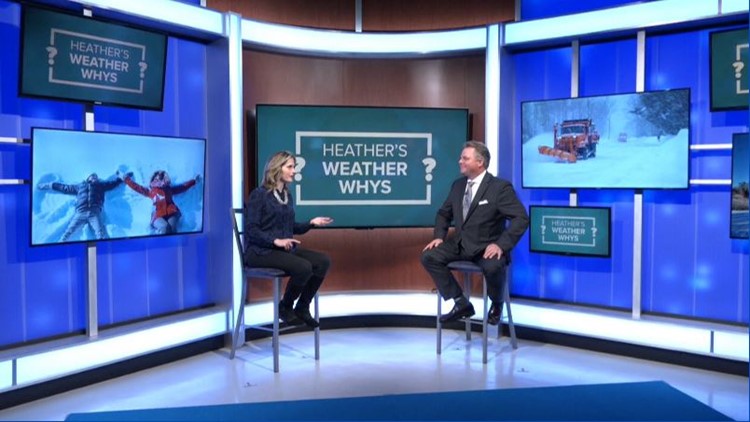 Forecasting the weather for the next couple of days is tough enough. So how do the meteorologists at Storm Team 2 go about predicting an entire winter season?
Author: Heather Waldman
Published: 3:38 PM EST November 6, 2019
Updated: 6:48 AM EST November 9, 2019

Weather forecasting has come a long way during the past several decades thanks to huge technological advances such as high-resolution satellites, updated radar capabilities, and faster computers to run weather models.

So how in the world can forecasters even attempt to make an outlook for a season? There are a few tricks that we have up our sleeves.

Trick number one is looking for past years that had similar weather trends to the current year. For example, 2019 so far has featured a very wet spring, a temperate summer, and a wet but fairly well-behaved fall. There will never be a year that lines up exactly with these patterns, but there are a couple that were similar. One of which was 1996. That snow season brought 96.7 inches of snow to Buffalo, pretty close to the season average of 94 inches.

Another trick is to look at years that were experiencing a similar El Nino-La Nina pattern. The past year has been loosely connected to a weak El Nino set up in the eastern Pacific. Weak El Ninos really don’t have a strong connection to a big snow season or a lighter season; it can go either way. So in this case, this tool isn’t much help.

Another trick is something that’s a little more complication. It involves using something called a “teleconnection.” Patrick joins Heather to explain how this works in an extended version of this week’s episode.

New episodes of Heather’s Weather Whys are posted to the WGRZ YouTube channel every Wednesday evening. You can also watch it on Thursdays at 5:30 on Channel 2 News.

RELATED: Heather’s Weather Whys: Who has the NFL’s toughest weather?