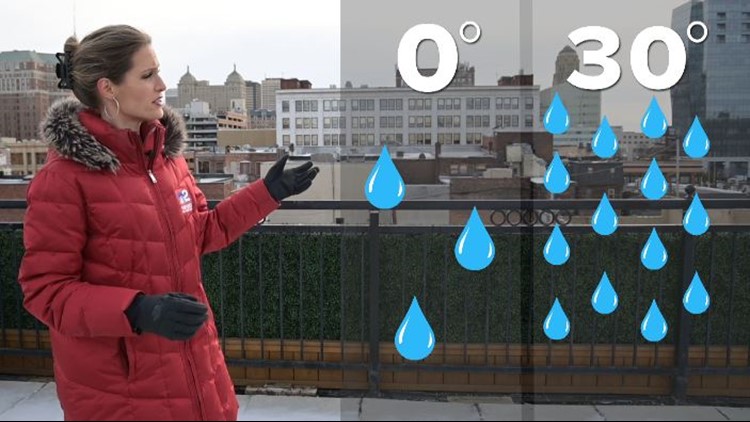 Heather’s Weather Whys: Can it be too cold to snow?

There are three basic ingredients for snow: cold air, moisture and rising air.

The first one is pretty obvious. Of course it has to be cold to snow. The freezing point is technically defined as 32 degrees Fahrenheit, but the atmosphere doesn’t behave quite so rigidly.

Snow can be falling with temperatures in the upper 30s if it’s falling fast enough. That’s the upper end of the range, but is there a lower end? Can it be so cold that snow isn’t possible?

Let’s head to one of the coldest places on Earth to answer. Temperatures in interior Antarctica are consistently 60 to 70 degrees below 0°F, even in the summer. The entire region is a giant mass of ice and snow, so it must snow like crazy, right? Not exactly. This region measures an average of just 2” of snow for the whole year!

The lack of snow isn’t because it’s too cold. It’s because the air is too dry. The colder that an air mass gets, the less moisture it can hold. Less moisture yields less precipitation.

RELATED: Heather’s Weather Whys: why the wind is at its worst in January