Mainly dry but breezy this weekend, then a wet and then wintry storm is in the forecast for the coming week. 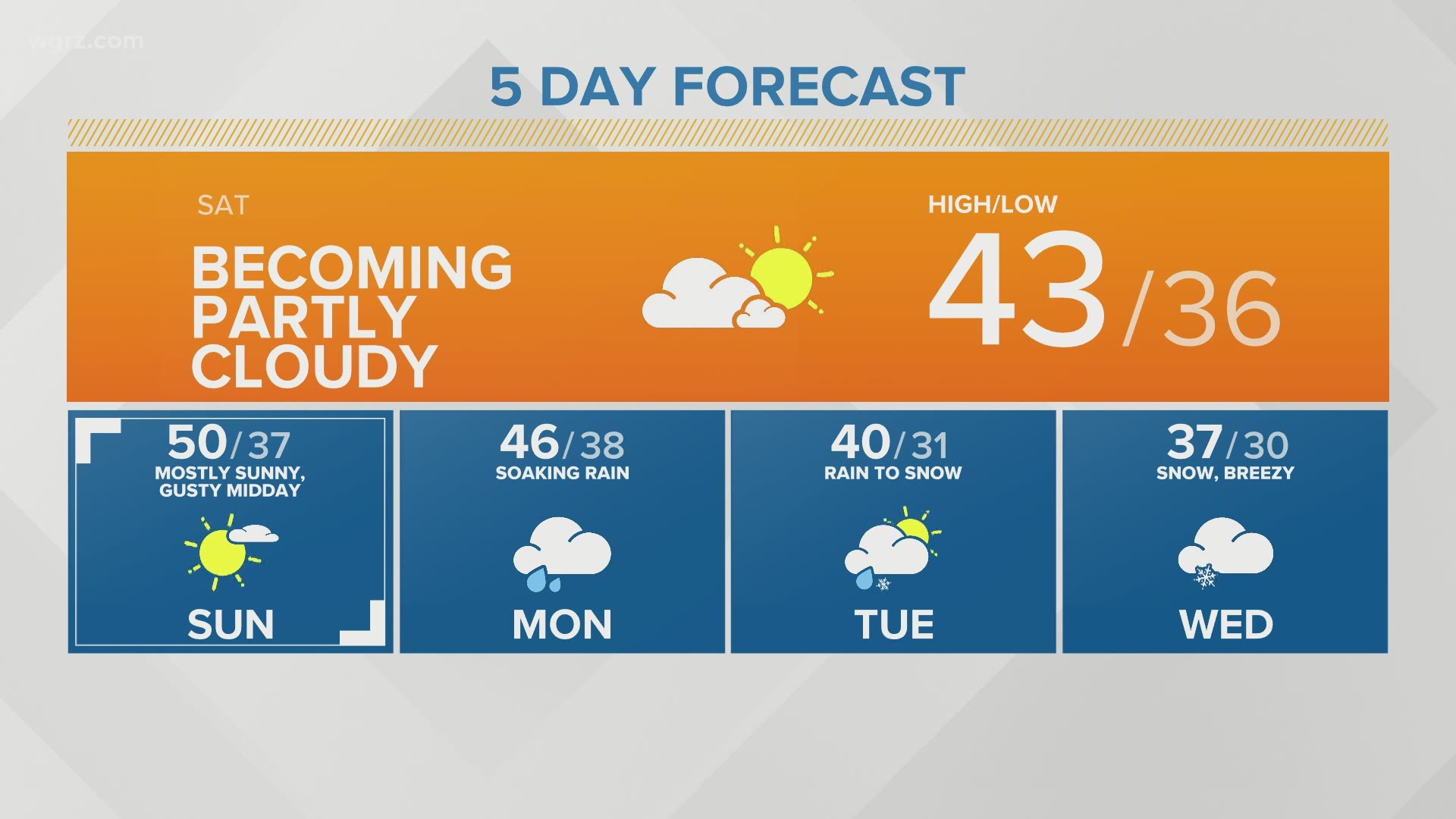 BUFFALO, N.Y. — Morning showers east and south of Buffalo clear by mid-morning. Then we are dry for the weekend. A noticeable breeze will pick up midday Saturday with gusts near the water close to 30 mph. Temperatures max out in the low 40s. Sky improves from mostly to partly cloudy.

Sunday will be slightly milder and brighter too. The high will be around 50 degrees at the Buffalo Airport. Winds will be noticeable again, but not too strong. Midday gusts make it to 35mph, from SW. Gusts may reach 40 mph close to Lake Erie.

Monday is when the forecast goes downhill quickly. The first few hours of the day should be calm, but rain will begin from south to north around midday. That rain will be steady and soaking through the afternoon into the evening. Temperatures will be in the 40s most of the day, but there could be some spots in higher elevations in the Southern Tier that are cold enough for some wet snow to start mixing in close to sunset Saturday evening. After dark, more places will see a mix of rain and wet snow. The wind will pick up a bit Monday night leading to a raw breeze on Tuesday with a mix of rain and wet snow for the first half of the day.

The storm system bringing all of this precipitation is going to slow down as it starts to move away, potentially setting Western New York up for some lake effect activity late Tuesday into Wednesday. Temperatures should be low enough for just plain snow on Wednesday with accumulation likely Tuesday into Wednesday in the most persistent snow showers.

Calmer conditions should resume for the end of the week. Thursday and next Friday will be mainly cloudy with highs near 40 degrees.

Large scale weather patterns are shifting into a more active setup for the Eastern U.S., but that doesn't automatically mean big snow for us. Actually, Monday looks rather rain at ths point.