An 8th grader at Mill Middle School wants to get people talking about the challenges of climate change. He’s well on his way after winning a national contest. 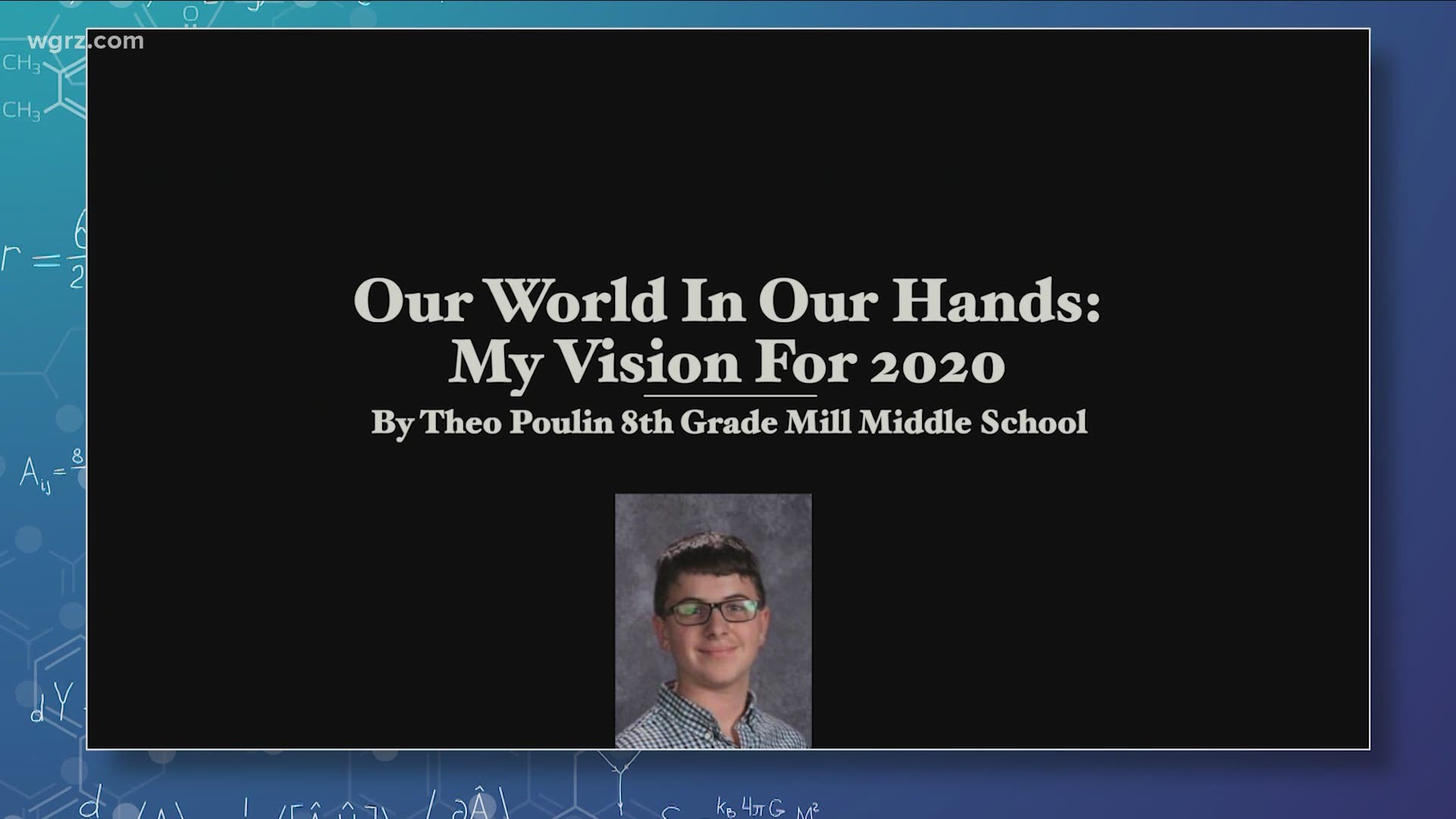 Scientists have been studying climate change and predicting its potential impacts to the planet for decades. But the issue has only recently started to take root with the general population.

“That is something we need to educate all young people about so that they can be the ones who fix it” said Theo Poulin, an eighth grader at Mill Middle School in Williamsville. His short documentary titled “Our World in our Hands” recently took third place in a national contest hosted by C-SPAN.

Students who entered the contest were challenged to create a video highlighting what they feel is the most important issue facing America this election cycle. Poulin says he picked climate change because solving this problem will allow us to be around to work on other issues.

Poulin’s accomplishment has been recognized by several local politicians on social media as well as teachers at his school.

In the future, Theo says he wants to keep finding ways to help people and make our planet a better place to live. You can watch his winning documentary on the C-SPAN “StudentCam” contest website.

More climate change information can also be found at wgrz.com/climate and in the “Climate Minute” series on the WGRZ YouTube channel.

RELATED: Heather’s Weather Whys: the year without a summer