Winter is the fastest-warming season anywhere east of the Rockies. That means a decrease in annual snow for most cities, but just the opposite for Buffalo.

Snow haters may be elated to read that fact, but hold on a minute. Warmer winter temperatures will likely mean increasing annual snowfall totals for the region and somewhat paradoxically, bigger temperature extremes throughout the season.

Weather-savvy locals may have already guessed the reason: Lake Erie. With fewer days below freezing, the lake surface is staying open longer. The National Weather Service has observations of Lake Erie's temperature dating back to 1927. During that entire period of record, Lake Erie was ice-covered for an average of 89 days per year.

Related: Other cities that get lake effect snow

When considering only the past 30 years' worth of temperature data, the lake averaged 81 days frozen. The change is even more dramatic over the past ten years, with an average of just 65 days frozen. If the lake is ice-free for fewer days, there is the potential for more days with lake effect snow.

Related: How is the lake temperature measured? 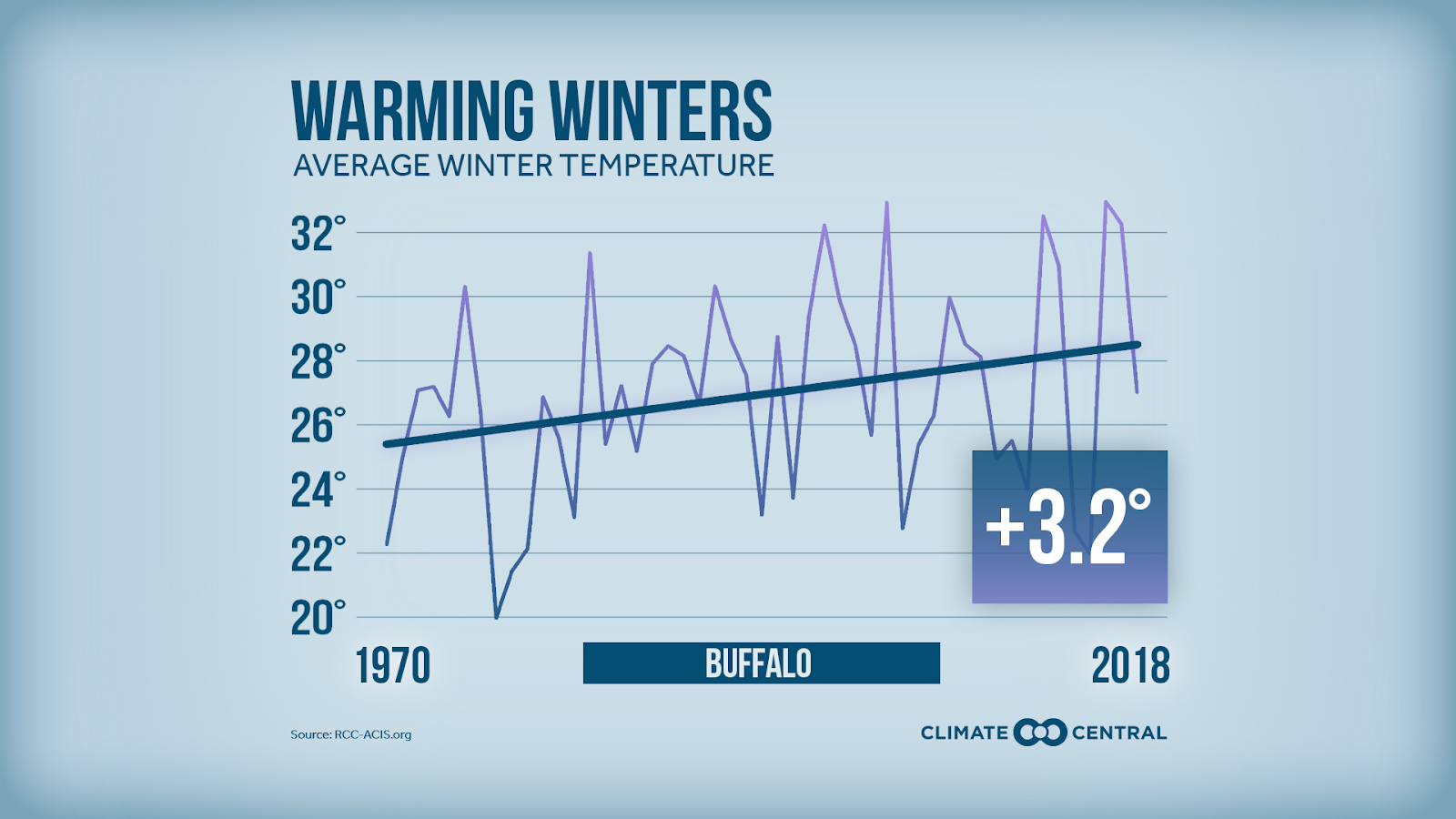 Individual lake effect events may be getting more intense too. That’s because a milder atmosphere can hold more water vapor than a colder one. Every 1.8 degree Fahrenheit rise in temperature increases the atmosphere's capacity for moisture by 7%. More moisture leads to heavier precipitation rates. Since 1970, the biggest snowfall day of each year has increased by about 3 inches.

Here’s an interesting paradox though: milder winter temperatures allow a longer window of opportunity for lake effect, but that also allows for more melting in between snowfalls.

The winter of 2018-2019 was a perfect example of this. That season had 118 inches of snowfall at the Buffalo Airport, yet there were many days without any snow on the ground at all. Another interesting note: if two snow days from the end of January were removed, the 2018-2019 season would have had about 30 inches less at the Buffalo Airport. 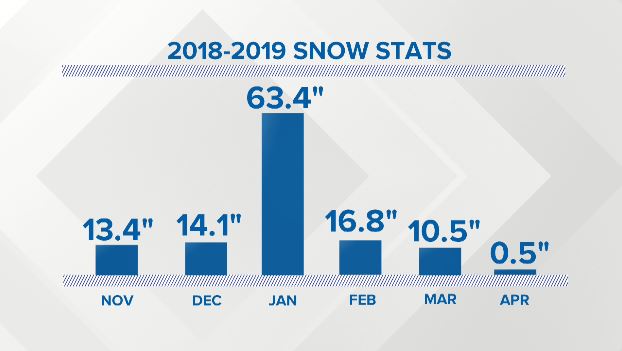 Over the past 50 years, the average number of days with 6 inches or more in the ground has decreased from 34 days to 19 days. That has the potential to be harmful to winter sports businesses.

There are a few other intriguing trends in the data, including that Buffalo’s snow season is showing signs of shifting. Watch the video attached to this story to learn more.

This year, Storm Team 2 is calling for above-normal snowfall. For context, the average is 94 inches at the Buffalo Airport. That number is the average of all snowfall seasons from 1981 to 2010. It will be interesting to see what that new “normal” is in the decades to come.

RELATED: Heather’s Weather Whys: how many ways can Western New York get snow?