The Gulf of Maine is one of the fastest warming parts of the global ocean. To those who work on the water and study it, the changes are becoming clear. 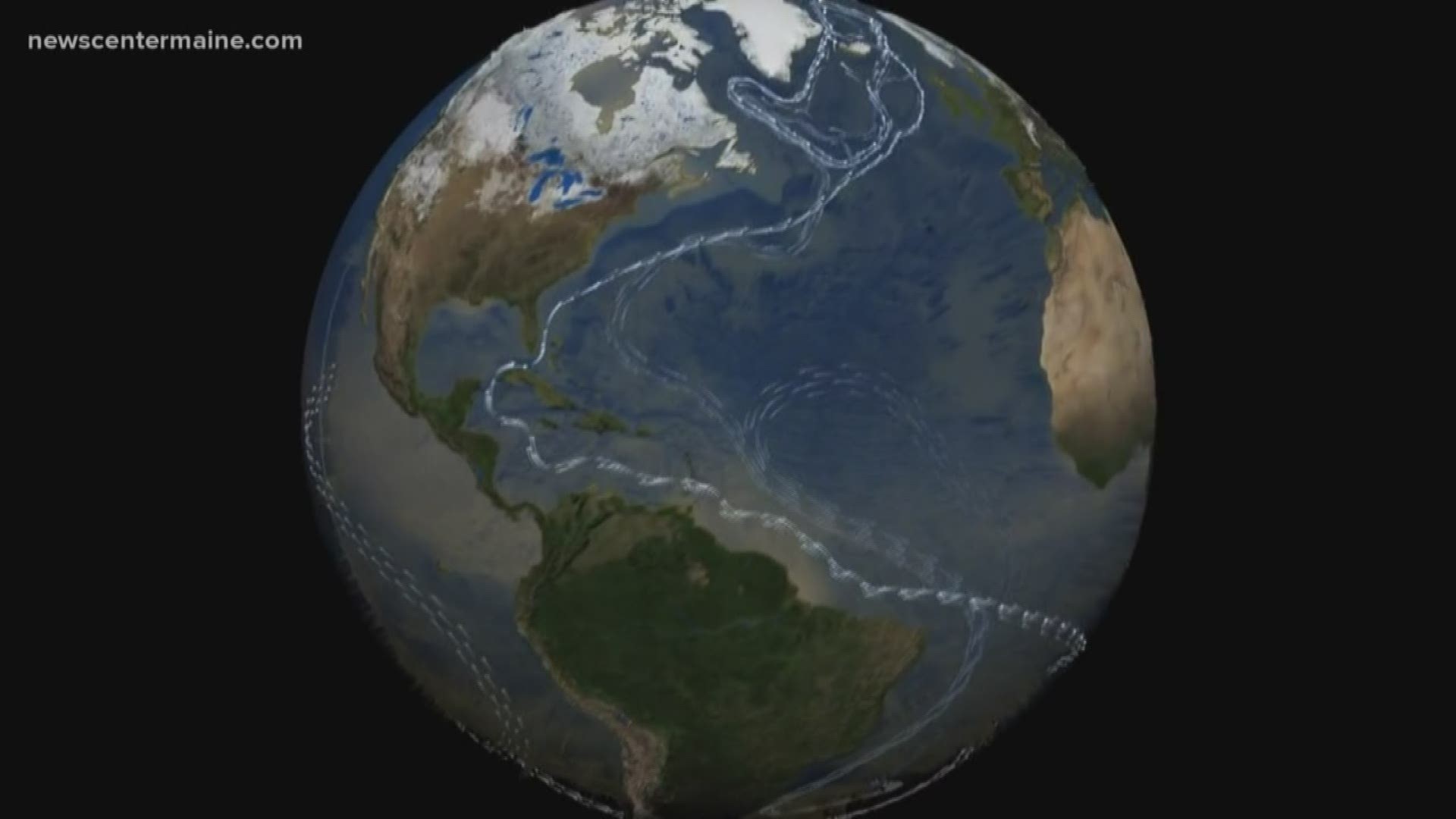 MAINE, USA — We hear a lot about climate change. It's often in the news, politics and discussion. But what does it really mean for Maine?

All this week, we'll show you what's actually been observed and what you need to know about the science; one topic each day.

It's a stat you've probably heard before: The Gulf of Maine is one of the fastest warming parts of the ocean on the globe.

To the average person, these changes aren't too noticeable. But to the fishing community, those who work on the water and study its composition, the changes to the water are becoming clear.

Ocean currents move water around the world, distributing heat and energy. As the air warms, and freshwater from melting glaciers flows into the ocean, the temperature and salinity change, affecting our water downstream.

The Gulf's warming water has contributed to a big rise in the lobster population off the Maine coast.

This decade, Maine's lobster industry is in what some call a "sweet spot," recent years setting record highs.

But looking to our south raises alarms.

The lobster industry in Long Island Sound and off the southern New England coast has collapsed. The water is warming there, too, quite often hitting the upper 60s and low 70s in the summer. 68 degrees Fahrenheit is considered the threshold that makes it tough for lobsters to grow and mature.

Species more commonly found in the Mid-Atlantic are now being seen farther north, in our water.

Anticipating changes that aren't fully understood is a challenge Maine's marine community is starting to face. Small shifts in the lobster population, for example, are crucial to our economy.

As the water changes, it could mean conditions for growth will become more favorable for other marine life prevalent to our south.