Conversation on climate change and impacts on craft beer

Known as an environmentally friendly brewery, it's only natural Coelacanth Brewing became the host of this conversation Thursday night. 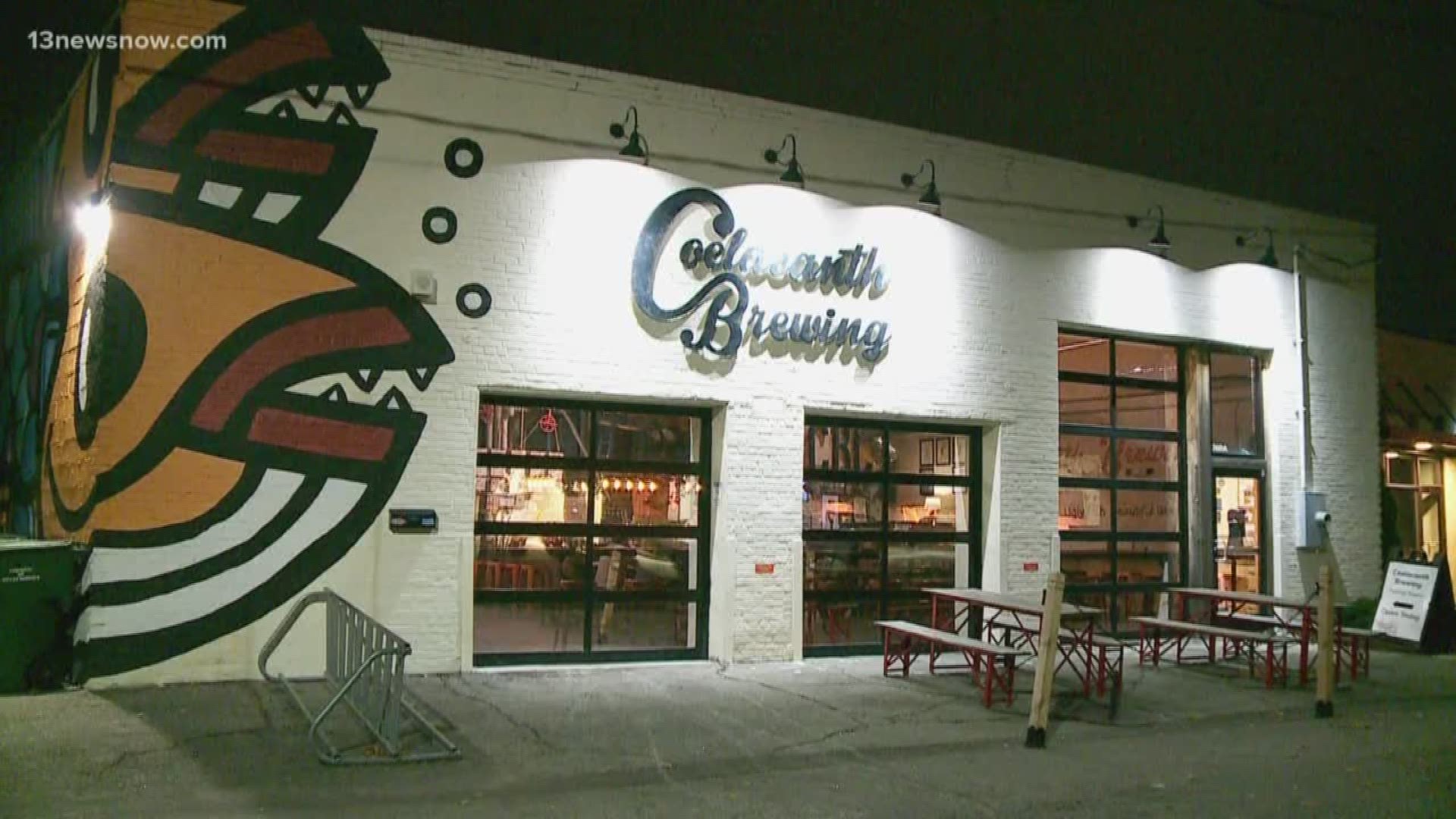 So over a beer, Erskin talked about climate change, a topic that's often more on political fronts than tasting rooms.

"When you talk about climate change, it can be sort of a nebulous kind of idea to people. They're like 'It's getting warmer but what does that mean to me,'" he said.

That's what can be tough when talking about this, finding ways to make it interesting to people. Which, is why Erskin and the Virginia Conservation Network did it over a craft beer and him explaining how climate change can affect this industry.

"Impacts on ingredients impact prices to brewers," he said.

That means beer prices could double, according to Erskin's research. But, he said this is bigger than beer.

Climate change affects many things around us.

"I think it's the biggest issue we're facing now and it's not just on a local level. It is on a local level but it's also on a national level," said Kelsey Hillner with the Virginia Conservation Network.

The Virginia Conservation Network said right now they're working with lawmakers to combat climate change while educating others on the impacts of it.