Increasing temperatures and increasing levels of atmospheric CO2 could feed into big increases in pollen production. 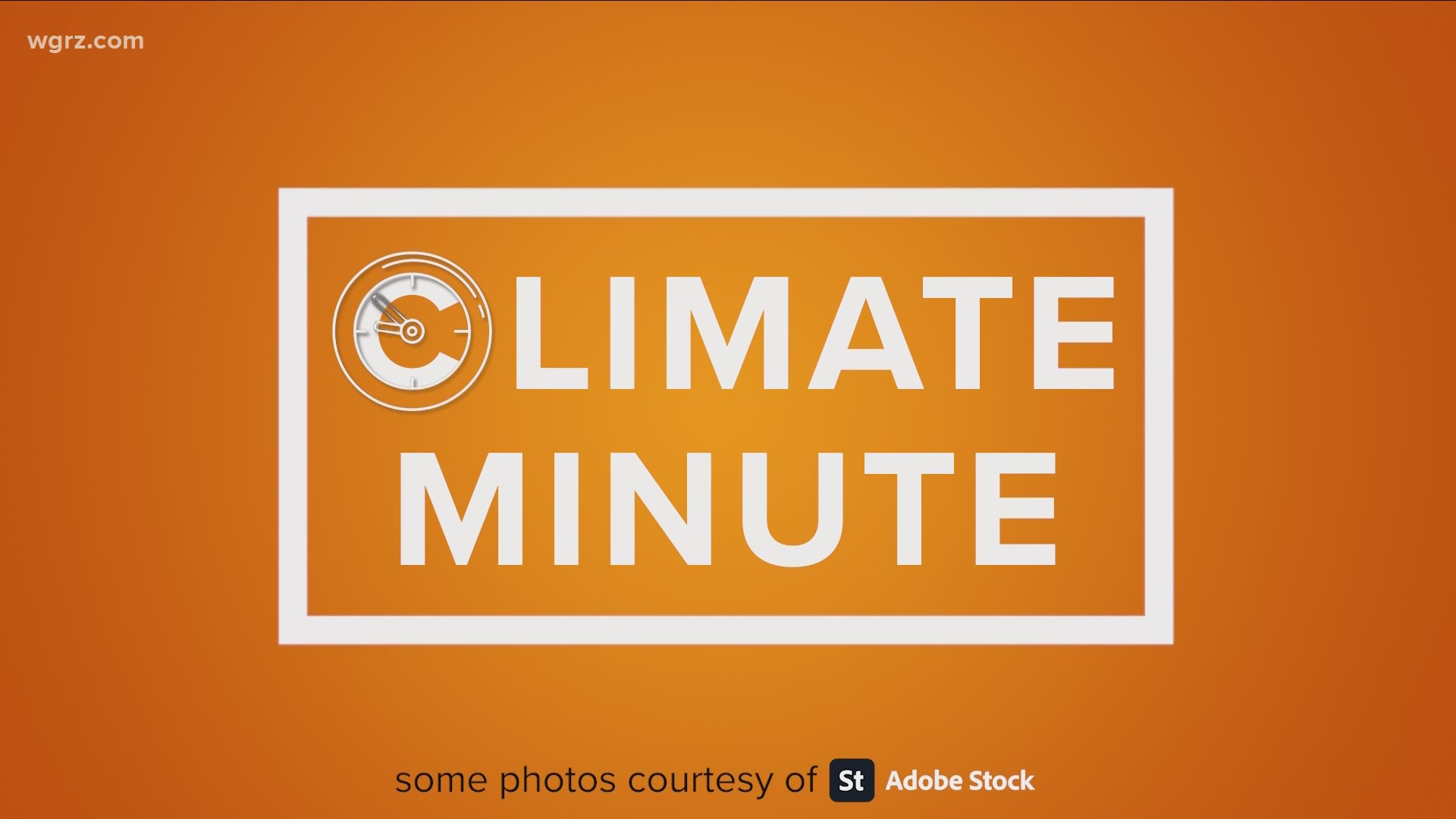 BUFFALO, N.Y. — In Western New York, spring allergy season typically ramps up in April. This year, unseasonably warm, sunny conditions have helped to draw trees and grasses out of their winter slumber a couple of weeks early.

If you suffer from asthma and allergies, you may want to prepare for more of this in the future because human induced climate change may force the early arrival of “sniffle season” into a trend.

Climate scientists can make two links between climate change and allergy season. The first is the fact that Earth’s global average temperature is rising. That means, on average, spring thaws are starting sooner and fall frosts are coming later and the growing season is well, growing.

Leaves are emerging about 2-3 weeks early in most of Western New York!

I have a new Climate Minute to share with you tonight at 5 on @WGRZ , Buffalo looking into changes in the growing season and allergy season.

RELATED: Could Buffalo be a 'climate refuge' city?

Data from Climate Central shows that since 1970, Buffalo’s average growing season has lengthened by 17 days. That longer growing period means more days when plants can be producing pollen and sending it out into the lower atmosphere.

RELATED: How climate change is impacting winter in Buffalo

The other thing that may feed into the pollen problem is actually the same thing that plays a major role in climate change in general: the growing amount of CO2 in Earth’s atmosphere.

Global CO2 levels are now the highest they’ve been in the past 800,000 years at over 400 parts per million. Plants take in some of the CO2 in the lower part of the atmosphere and turn it into food through photosynthesis. So more CO2 means more food for plants which means more plant growth, which means more pollen production.

RELATED: What is a 'carbon footprint'?

This is just one more example of how closely connected all of Earth’s systems are and what a delicate balance they hold.

Be sure to check out other editions of "Climate Minute" on the WGRZ YouTube channel and at wgrz.com/climate.