The flash flood threat is over, but river, creek and stream flooding is still possible through Sunday. 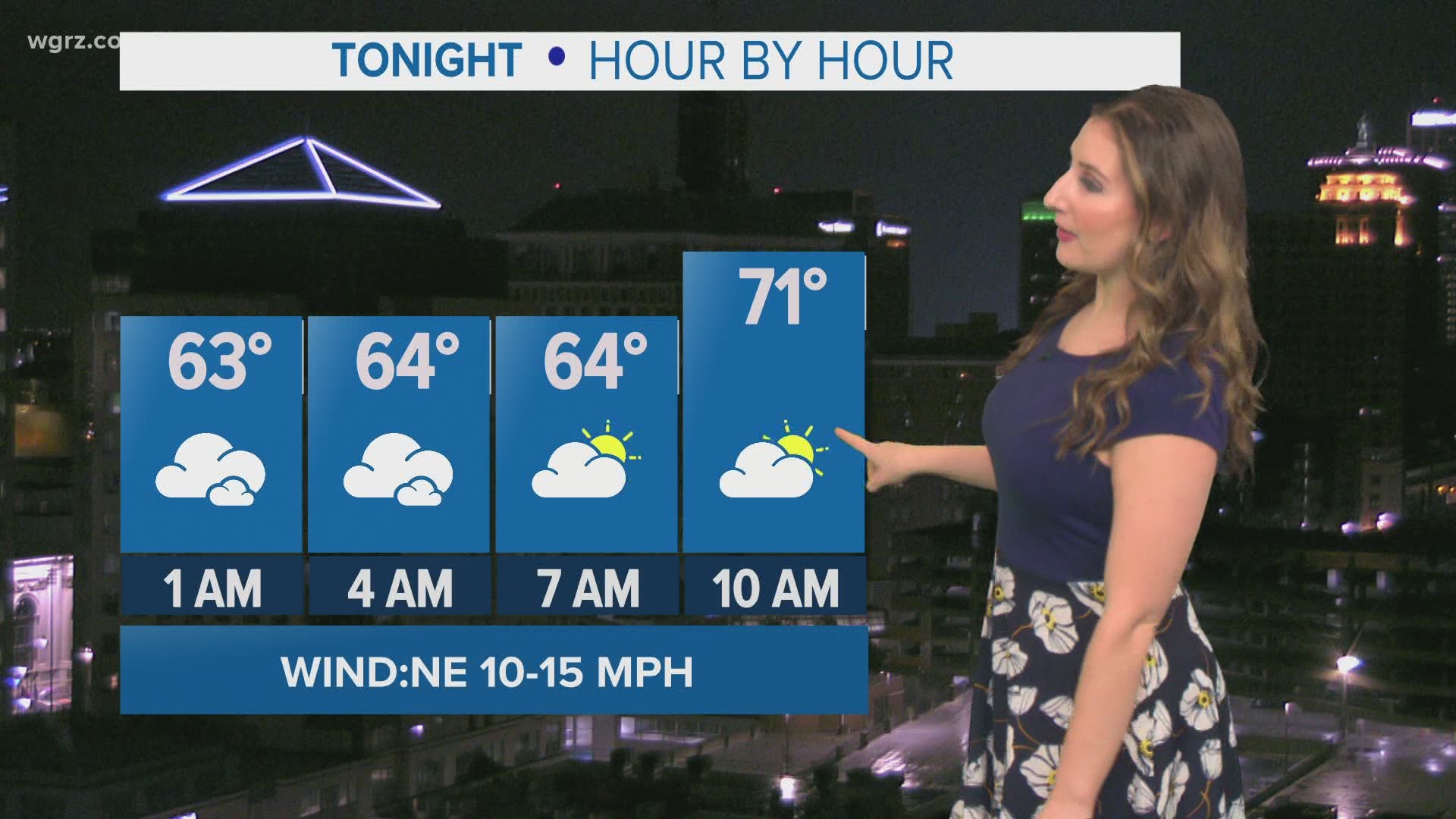 BUFFALO, N.Y. — Heavy rain the National Weather Service in Buffalo issued several flood alerts for Western New York, along with a Flood Watch for the entire Western New York, including McKean and Potter counties in Pennsylvania.

The first few rain totals from across Western New York are coming in, and they're impressive to say the least. Many are between 2 to 4 inches in the heaviest spots.

The Buffalo Airport officially received 2.66 inches of rain Saturday, which is hundredths away from the daily rainfall record for July 17 of 2.70 inches. That record was set in 1873, and the day officially ranks as the 23rd-wettest day in Buffalo history since record keeping began over 150 years ago.

That being said, the heaviest rain expected this weekend has fallen and is over. Still, Western New York is going to be wet and flooded through the weekend, and any flood threat through Sunday will be because of rising river, creeks and streams.

Only a Flood Warning is in effect until 10:30 a.m. Sunday for areas around the Cattaraugus Creek. Near Gowanda, it's expected to rise and potentially flood the surrounding area.

So all this fresh rainwater has got to go somewhere. Another aspect of this flood threat is local rivers and creeks... two I have my eye on tonight are Ellicott and Cattaraugus Creek. Both are expected to crest above flood stage tonight or tomorrow. #StormTeam2 @WGRZ #nywx pic.twitter.com/6yVjadxDT8

A weak area of low pressure will linger over the region through Saturday night. Lots of moisture is associated with this system too, which will amount to showers and storms that could produce heavy rainfall in multiple rounds. The rain is expected to taper off by the evening and be light in nature through the overnight.

And due to recent substantial rainfall this week, the ground is so saturated that additional rain could easily collect and act as runoff instead of seeping into the ground.

But even before this watch began, the first wave of rain moved into the Southern Tier and triggered Flash Flood Warnings within minutes because of both the heavy rainfall and the ground already being so wet.

This is severe flash flooding happening in Bemus Point right now. The Flash Flood Warning for this area has been extended until 7:15. #StormTeam2 @WGRZ #nywx #severewx https://t.co/7bgBZyCgDO