This is not the best timing for a drier stretch as Western New York is still in a rainfall deficit. 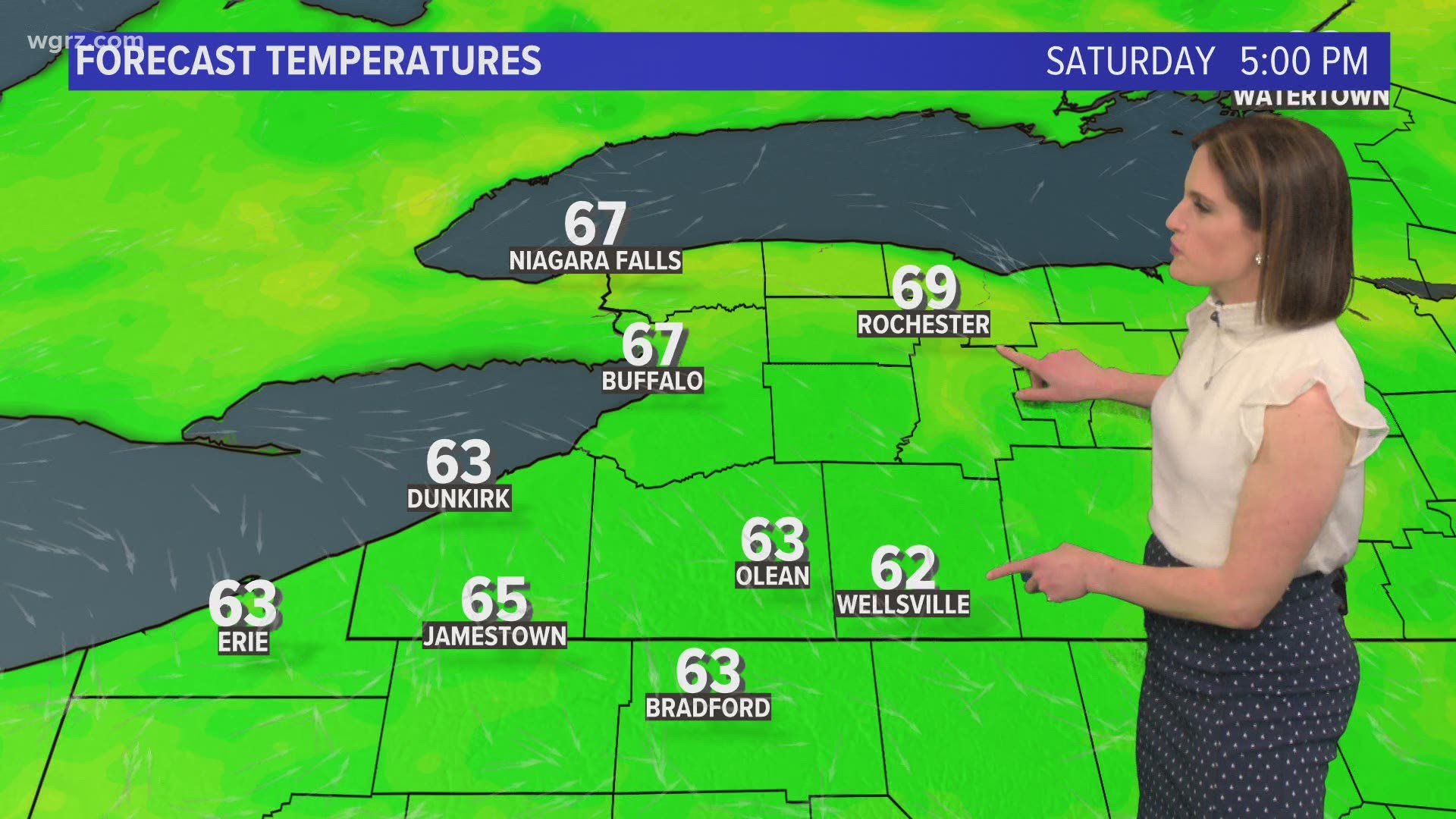 But without any substantial rain chances expected for at least a week, minor changes back cant be ruled out as the soil dries out again. Western New York still has a rainfall deficit of 1 to 2 inches to date, and not much will be added to that over the next week.

The latest Drought Monitor released Thursday, over 50 percent of New York State saw improvement in their defined drought conditions since the last update two weeks ago.

By the numbers, 28 percent of New York State has the definition of abnormally dry soil with nearly two percent in the moderate drought category. This is compared to 84 percent and nearly 9 percent, respectively, just two weeks ago. The state as a whole has improved to having 71.95 percent of it's land with no defined drought conditions. This includes Western New York too, but the biggest improvement locally is with that there is no defined moderate drought anymore, just abnormally dry soil in a few locations.

And it's no surprise either as 1.5 to 2 inches of rain fell within the past two weeks. But the designation of having drier than normal soil conditions lies across northern Erie County, portions of Niagara County and the Southern Tier. This is where previous moderate drought conditions were located, so it's no surprise that those locations need a little more rainfall to improve further.

The "Abnormally Dry" category, or D0, is defined by having lower surface water levels, lower than average soil moisture, and the potential for stunted crop growth.

And the crop and planting seasonal is just getting underway across Western New York. Climatology shows that the last spring freeze for Western New York typically occurs between May 1st and 11th. That stayed true this year as several Frost Advisories were issued this past week.

But with a general warming and dry trend expected over the next week, now would be a good time to plant if you haven't started already. With little rain in the extended forecast for mid-May, it's entirely possible that there could be an expansion back of the dry conditions or even moderate drought definition.

The dry weather pattern that has just started will have some staying power. Very limited rain chances next 2 weeks. @wgrz #StormTeam2 pic.twitter.com/PGWcYKrINl