Coldest first half of November on record in Buffalo

Records go back over 145 years 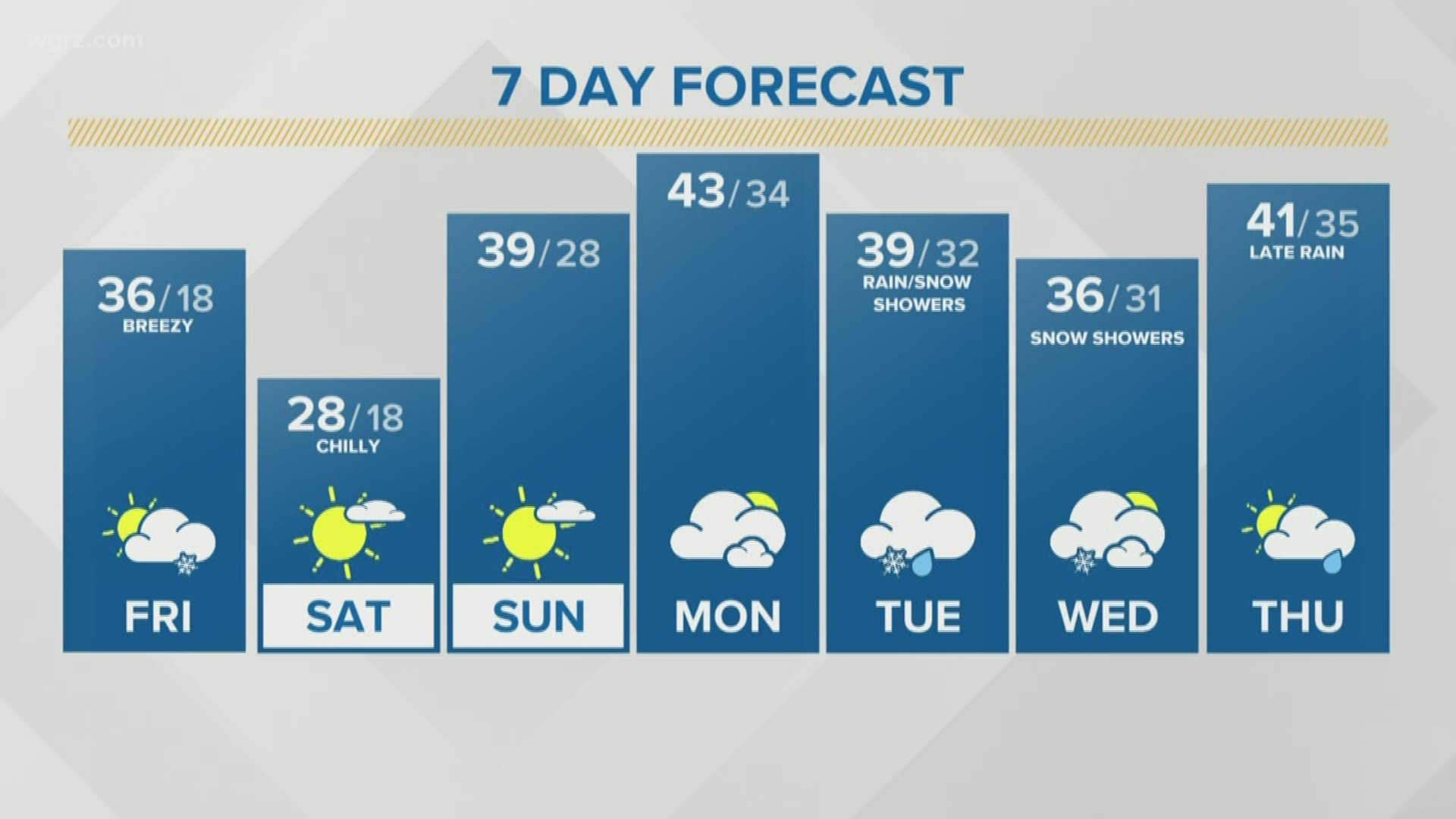 BUFFALO, N.Y. — As of Friday afternoon, the high temperature at the Buffalo Airport was just 35 degrees. Only one day so far this month has registered a high temperature above normal. This prolonged and progressively more intense cold spell has gotten November 2019 off to the coldest start for the month on record.

The winds of change began Halloween night when strong winds blew in very cold air into Western New York to start the month. That cold air has not gone anywhere since. A persistent trough of low pressure has kept the cold air in place as well as serving up a few accumulating snowfalls.

Air temperatures aren't the only thing worth noting. As of Friday afternoon, Lake Erie's water temperature was 46 degrees near Buffalo. That's 3 degrees below normal for the date and 3 degrees above the record low for the date. It's also the earliest that the lake water has been this cold since 1996. That season, the lake didn't freeze over until January 15th and we still managed 97.6" of snow.

Long story short: a cold November doesn't mean an early lake freeze. Even if it did, a frozen lake doesn't guarantee a quiet snow season. See the winter of 1976-77 for example. The lake froze on December 24th. The final snowfall total: 199.4". And of course, that was the season of the infamous "Blizzard of '77".

Related: Blizzard of '77: a perfect storm for Buffalo

There does not appear to be any major change in the weather pattern as we move forward. It will certainly be a cold start to the weekend with temperatures moderating a little on Sunday into early next week but there will be a trend towards colder temperatures again for the middle and end of next week.