Winds have subsided but gusts are possible all day 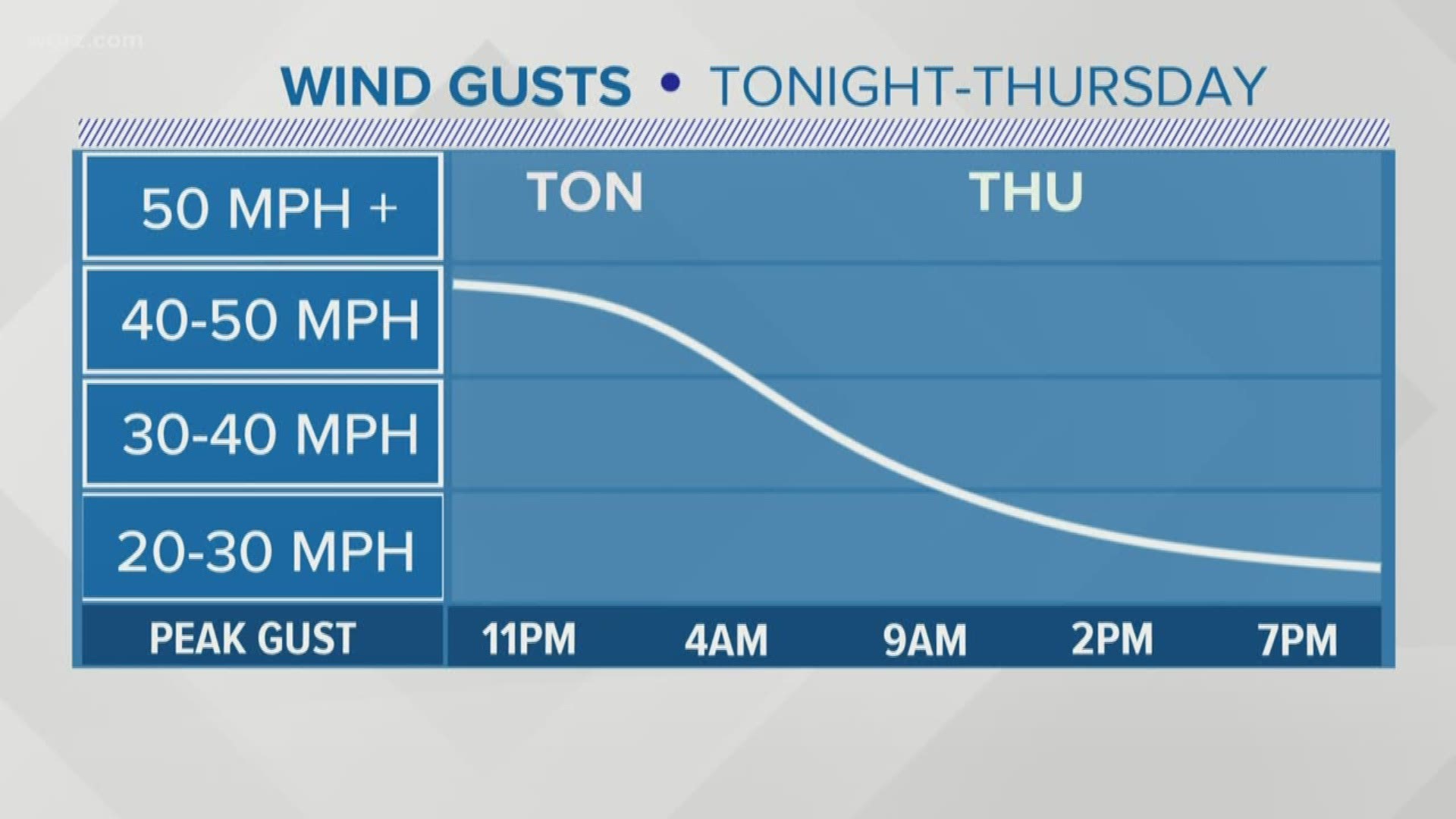 BUFFALO, N.Y. — All wind warnings have been canceled. The worst of the winds moved in around 6 p.m. last night. Slowly but surely, the wind will weaken today but it will stay gusty into the late morning. Rain and snow showers are likely through this morning as well.

Many locations have reported wind gusts close to 60 mph as of last nightg:

Scattered rain and snow showers are likely this morning. The most persistent showers will be south of Buffalo. Snow will have the chance to accumulate, but only in the higher elevations of the interior Southern Tier. Anyone traveling through that area should expect some slick spots this morning and areas of poor visibility where snow is falling in the hills.

Travelers should also anticipate delays at the Buffalo Airport and at many major national airports as well.

Thanksgiving day will still be breezy, especially in the morning. A few gusts over 35 mph are possible during the Turkey Trot, which starts at 9 am. By that time, the wind will have shifted from the northwest, creating a much colder feel than what we experienced Wednesday. Wind chills will be in the 20s most of Thursday.

Quieter weather will resume for Friday and most of Saturday. Another storm may impact the second half of the weekend with a mix of rain and snow. There may be a breeze as well, but likely not as intense as what's expected Wednesday.