Buffalo to win the Golden Snowball Award this season 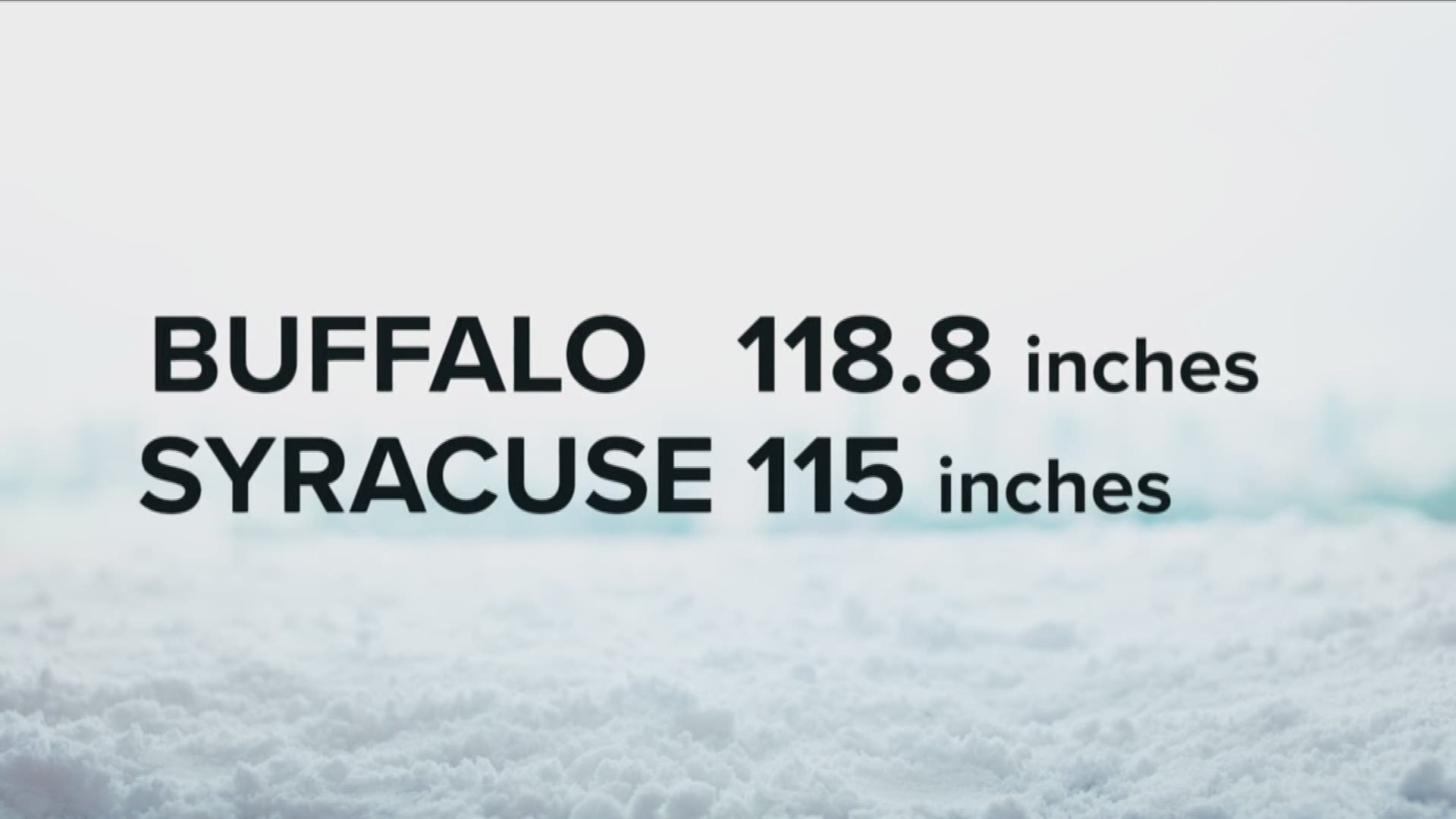 BUFFALO, N.Y. — As our snow season draws to a close, it appears that Buffalo will win the Golden Snowball award this season.

In the yearly snowfall competition between Buffalo, Syracuse and Rochester, Buffalo has not "won" in 17 years, or the same length of time as the past Buffalo Bills playoff drought.  But this year, Buffalo will go down as the snowiest city with a population over 100,000 people in the entire country.

Buffalo’s snow total stands at 118.8” which is 3.8” higher than Syracuse’s total of 115” of snow. Even though snowfall can occur in May, it is highly unlikely, given the weather pattern expected over the next few weeks, that Syracuse will make up the difference. Rochester's snow total is far lower at 97.1 inches.

If it seems hard to believe, think back to January. More than half of Buffalo’s snow total came in the last two weeks of that month.