Those 'chilly' Sundays are here, Bills Mafia, but this Sunday we'll also be on the lookout for showers. 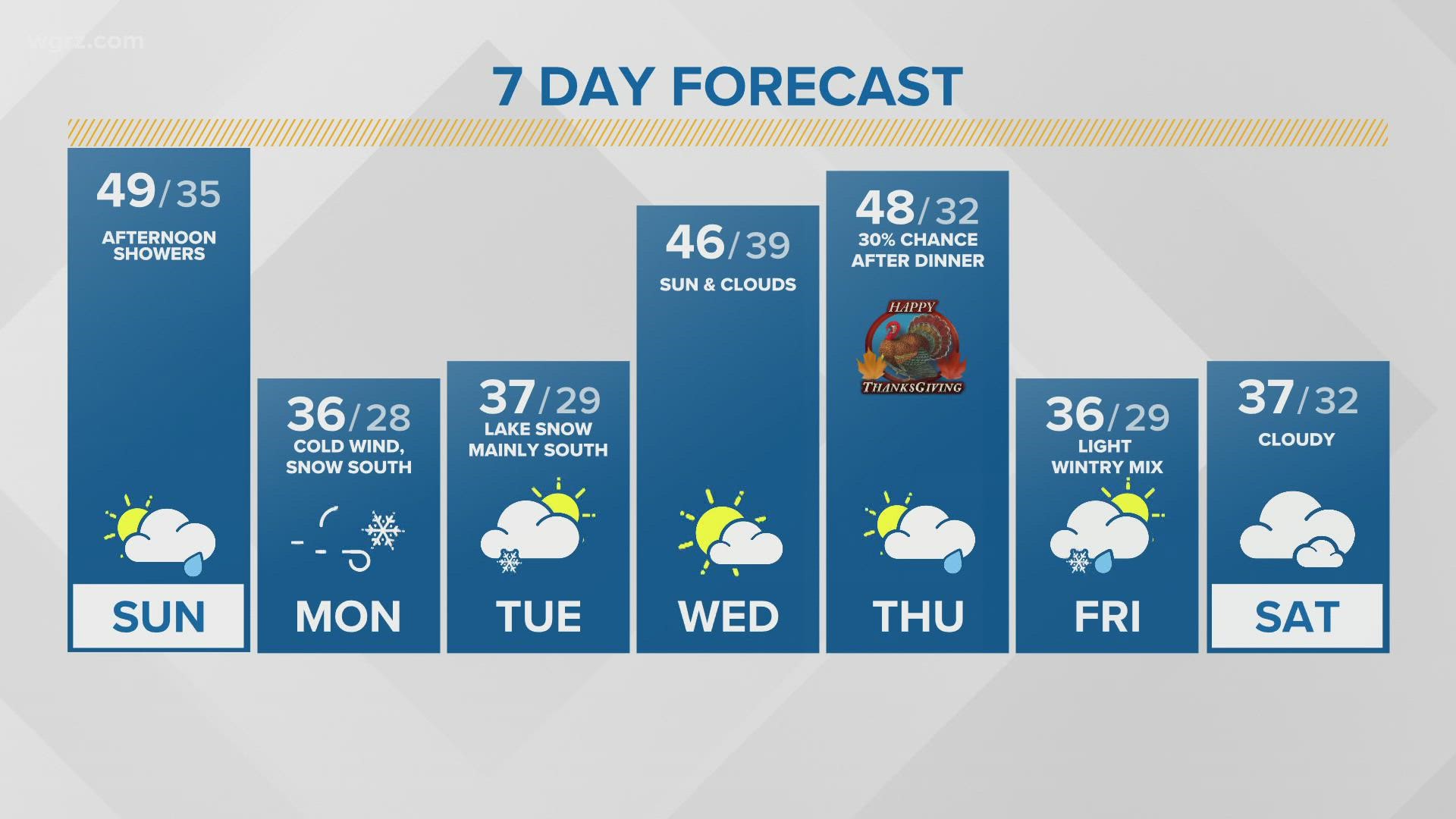 BUFFALO, N.Y. — As the Bills get ready to take on the Colts, Sunday will start off dry, even with a little sunshine for those getting an early start to their tailgates. Expect breezy conditions though as we head throughout the day, so that is something to plan for.

Nearing kickoff time, the sky will become cloudy and the winds will start to pick up. It should be dry for those headed into Highmark Stadium, but you will want to pack the poncho because you'll need it later.

Here's what you can expect for tomorrow's game out at Highmark Stadium. Bring the poncho for some rain tomorrow afternoon! #BillsMafia @WGRZ #StormTeam2 pic.twitter.com/x8laniUBGG

By 1 p.m., the rain will be in Chautauqua County and creeping closer and closer to the Southtowns. However, by the second quarter that's when the rain will close in around Orchard Park. Temperatures during the game will warm up to about the mid to upper 40s.

The rain will be light to moderate at times and continue through halftime and into the second half of the game. This is probably when the poncho will be the most useful and handy.

By the end of the game, the rain showers should diminish and the commute home will, undoubtedly, be slow due to any residual rain.

Later in the evening, a cold front will rip through Western New York and change the rain over to wet snow during the overnight along with colder temperatures. 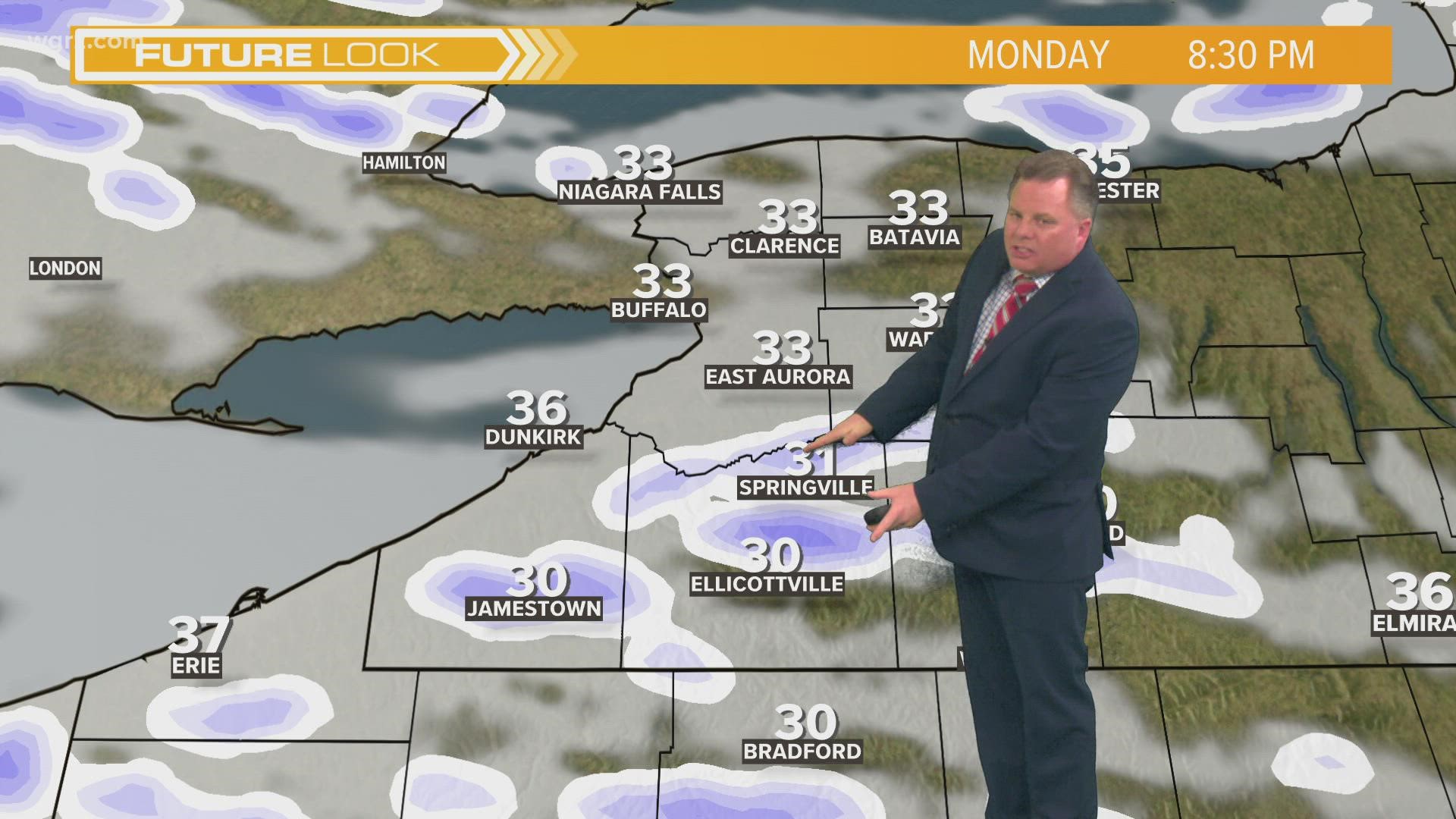