The first official game of the fall season will sure feel like it when Buffalo and Washington kick off at 1 p.m. Sunday in Orchard Park. 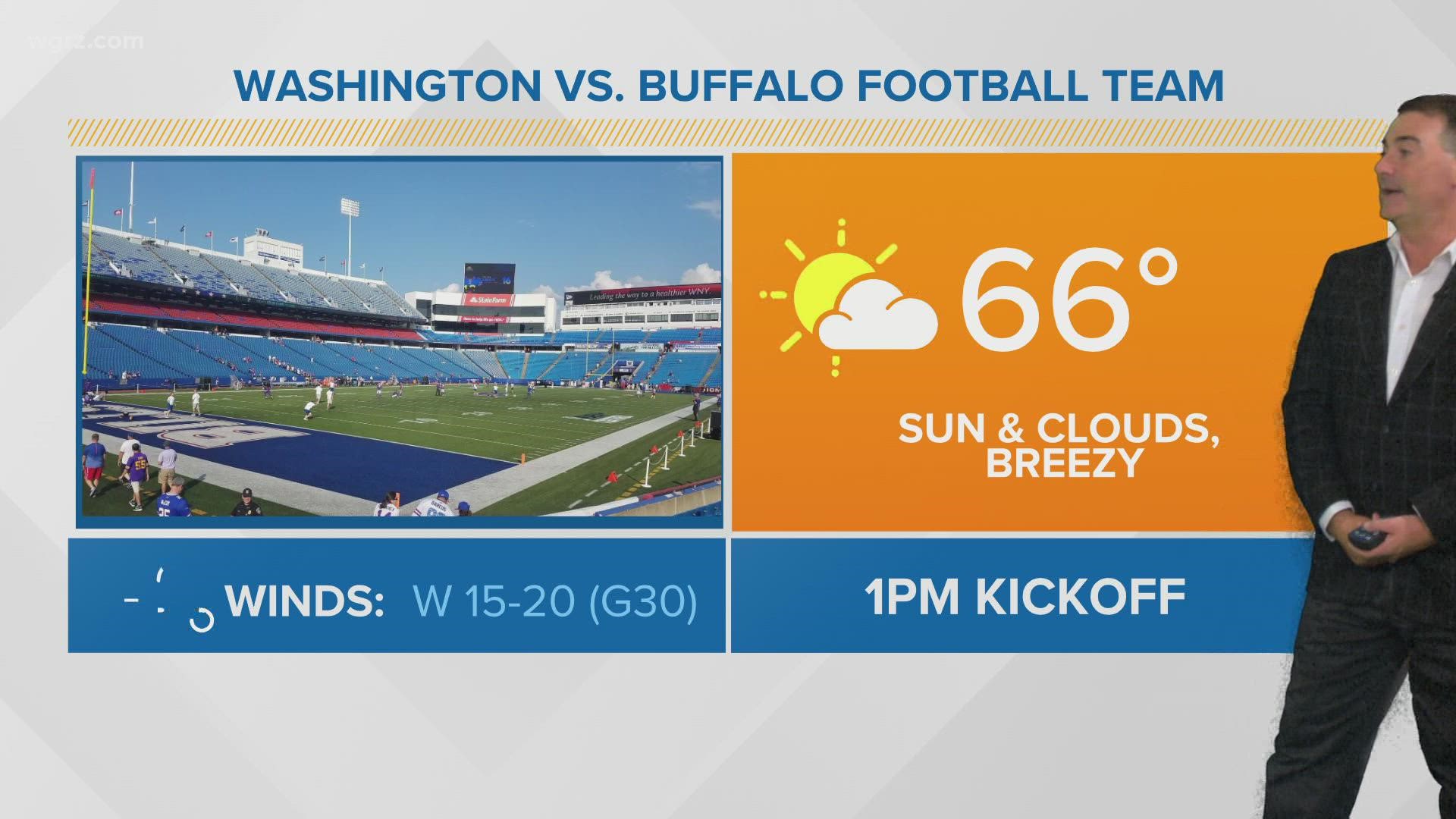 BUFFALO, N.Y. — Fall officially began at 3:20 p.m. this past Wednesday and Mother Nature has brought seasonal conditions to follow for the next week.

This includes Sunday when the Buffalo Bills host their second home game of the season at Highmark Stadium in Orchard Park against the Washington Football Team. Kickoff is at 1 p.m. Sunday, and compared to the first home game of the 2021 season, this one will definitely feel more like a typical, fall game.

Expect a partly cloudy sky at kickoff with temperatures hovering in the mid 60s. Winds will be out of the west at 10-20 mph with gusts up to 30 mph at times. And we can't rule out a stray shower, but any precipitation would be light and sporadic by Sunday afternoon.

However, tailgaters should be aware of the potential for a couple showers early Sunday morning. A weak cold front will move through Western New York Saturday evening and bring scattered showers with it then. A couple could linger through Sunday morning and temperatures will start in the low 50s. A sunnier start to the day will also help temperatures rise into the mid 60s by kickoff, but the westerly breeze will keep a cool feeling in the air.

Seasonal weekend on tap for the first of Fall! This is as the next cold front moves through WNY tomorrow, bringing scattered showers mid-afternoon. Few showers could linger overnight into Sunday, but generally the second half of the weekend looks dry. #StormTeam2 @WGRZ #nywx pic.twitter.com/9w0guCZhch