Arrowhead Stadium Forecast: Chance of showers and the crowning of the AFC champion 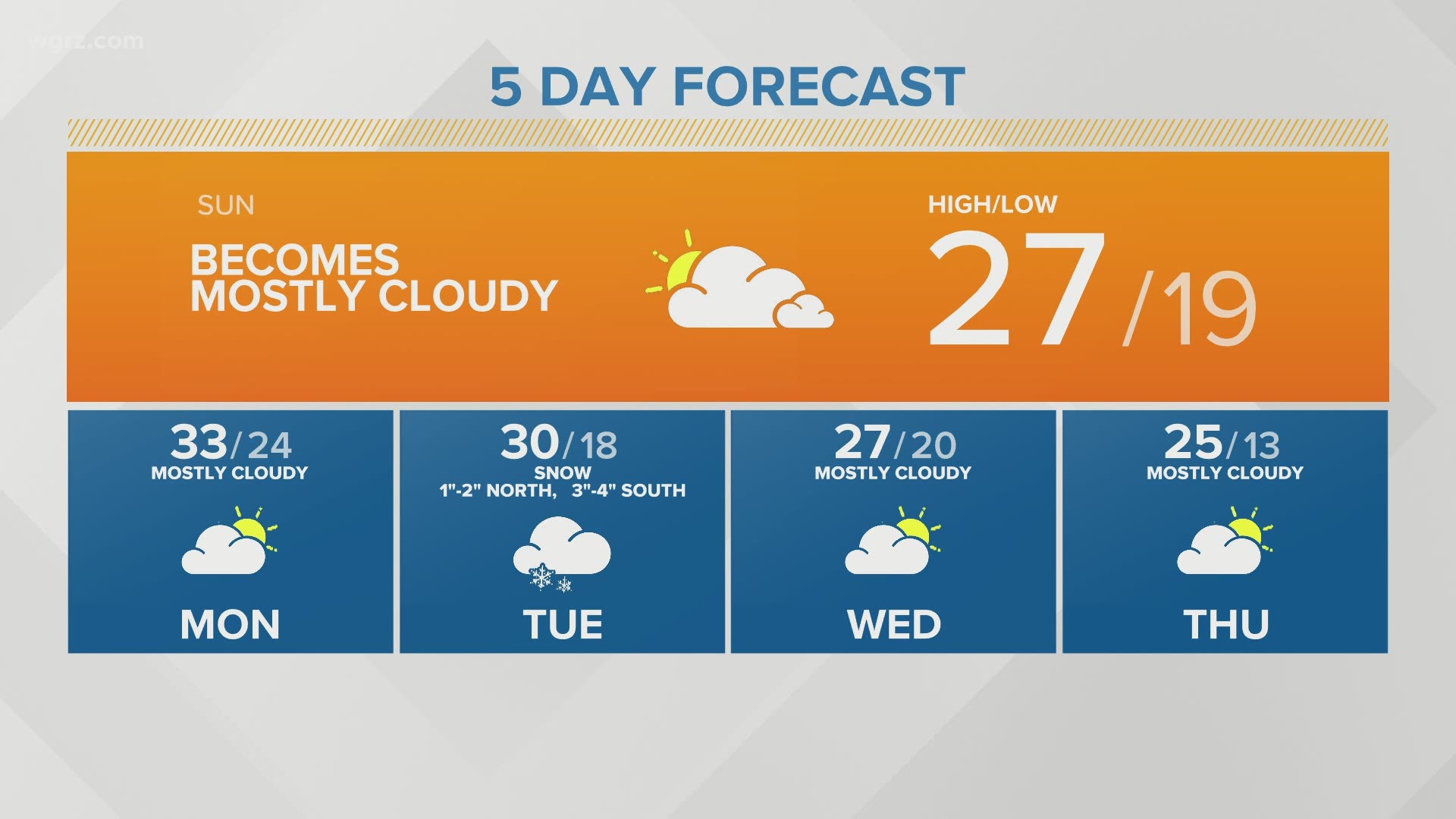 BUFFALO, N.Y. — After two home games at Bills Stadium that were played in the cold, wind and snow, the Buffalo Bills are headed to Kansas City for the AFC Championship.

The forecast for Sunday evening at Arrowhead Stadium is cloudy and cool. Scattered light rain is in the forecast for kickoff, so the stadium and field will be a little wet throughout the game even if showers don't stick around for the entire game. It'll be a bit breezy too, but wind gusts are not expected to be as strong compared to last Saturday's AFC Divisional faceoff against the Ravens.

Arrowhead Stadium is an open stadium, so players will be out in the elements Sunday night. If any Bills fans have plans to attend the game, it wouldn’t be a bad idea to pack a rain poncho and an extra pair of gloves. Otherwise, fans won’t need to dress as warmly… whatever would be comfortable on a winter night.

Weather systems that impact the Missouri Valley can be just as eventful as what Western New York receives. Being so close of the Rocky Mountains, it’s in this region where weather systems, many that impact the Northeast, develop. For mid to late January, that could mean rain, snow, wind, ice or a calm, sunny day.

Besides that, the usual conditions for mid-late January in Kansas City is similar to that of Buffalo. Climatology shows morning lows are usually in he upper teens with afternoon high temperatures in the upper 30s. So if temperatures are in fact in the 40s for the game, that will be a somewhat “warmer” than usual day, and if there are any showers, they would be rain.

Scattered light rain, drizzle, whatever you want to call it, is in the forecast for tomorrow's #AFCChampionship in Kansas City. Those conditions won't be present for the whole game, but the stadium and field will be a little wet. #StormTeam2 @WGRZ #mowx #BillsMafia pic.twitter.com/bFAKNJraKb