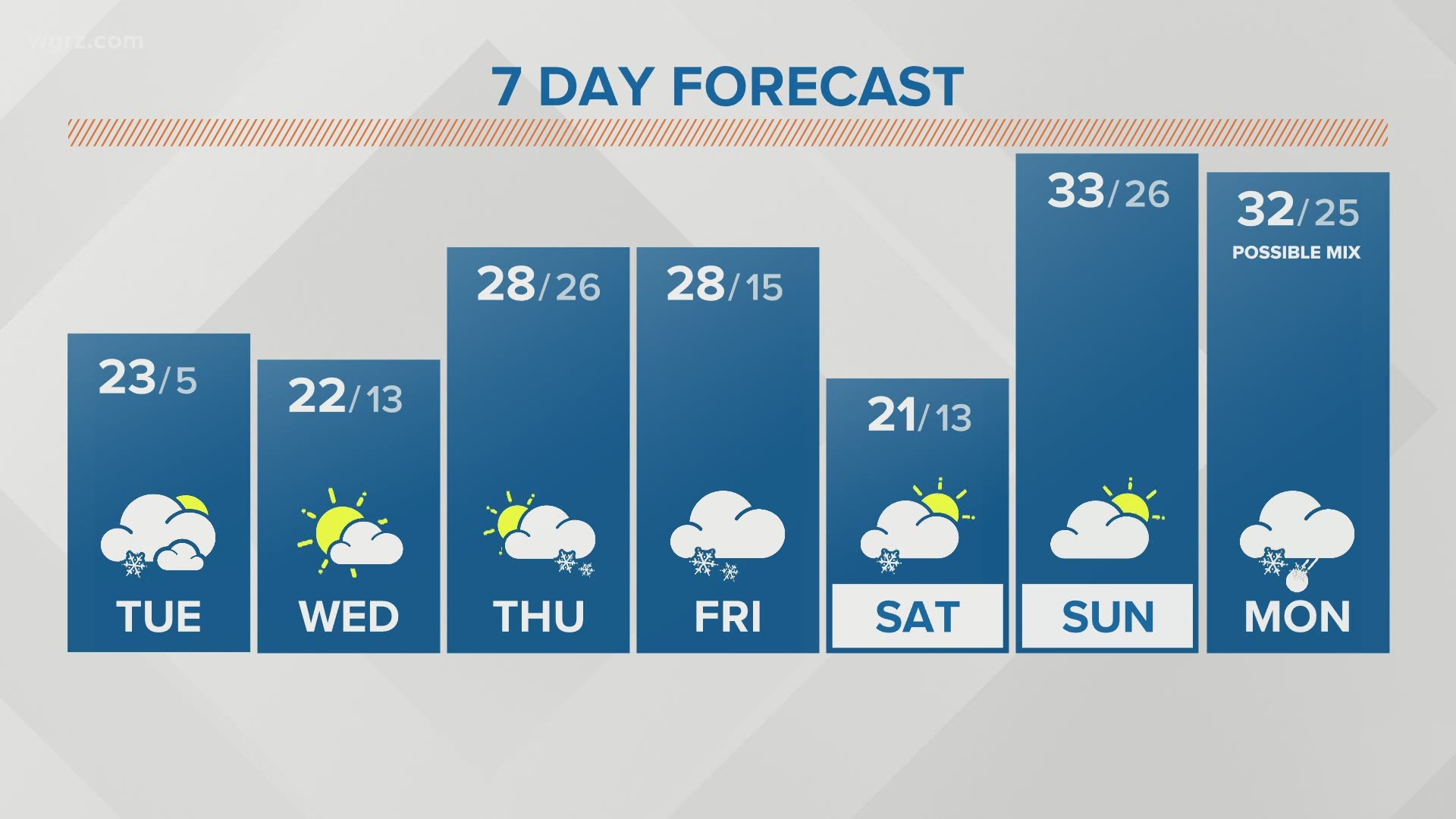 BUFFALO, N.Y. — Monday night's snow was heavy at times in Buffalo and Niagara Falls however to the south a slight shift in the storm track caused more sleet and freezing rain to mix in with the snow keeping amounts down.

The Winter Storm Warning for Western New York and Northern Pennsylvania expired at 9:41 a.m. Tuesday, according to the National Weather Service (NWS).

The heaviest snow has diminished but there will still be light snow showers peppering the area through this evening. Drivers should still remain cautious of light ice and snow on the roads, especially after sunset.

The main weather factor for the next 24 hours will once again be the cold. Temperatures will drop into the single digits Tuesday night with wind chills below zero. Highs will be near 20 degrees Wednesday with a light but cold westerly breeze.

The second system for this week is set to arrive later Thursday and last into Friday. This storm will take a similar track to the first storm, although recent model data shows it may be shifted a bit farther south. That points to the potential for more widespread snow, but totals could be lower than what most saw Monday into Tuesday. There is a very slight chance that ice may mix in once again in some areas. At this point, it looks like the worst travel conditions will come very late Thursday night through Friday. 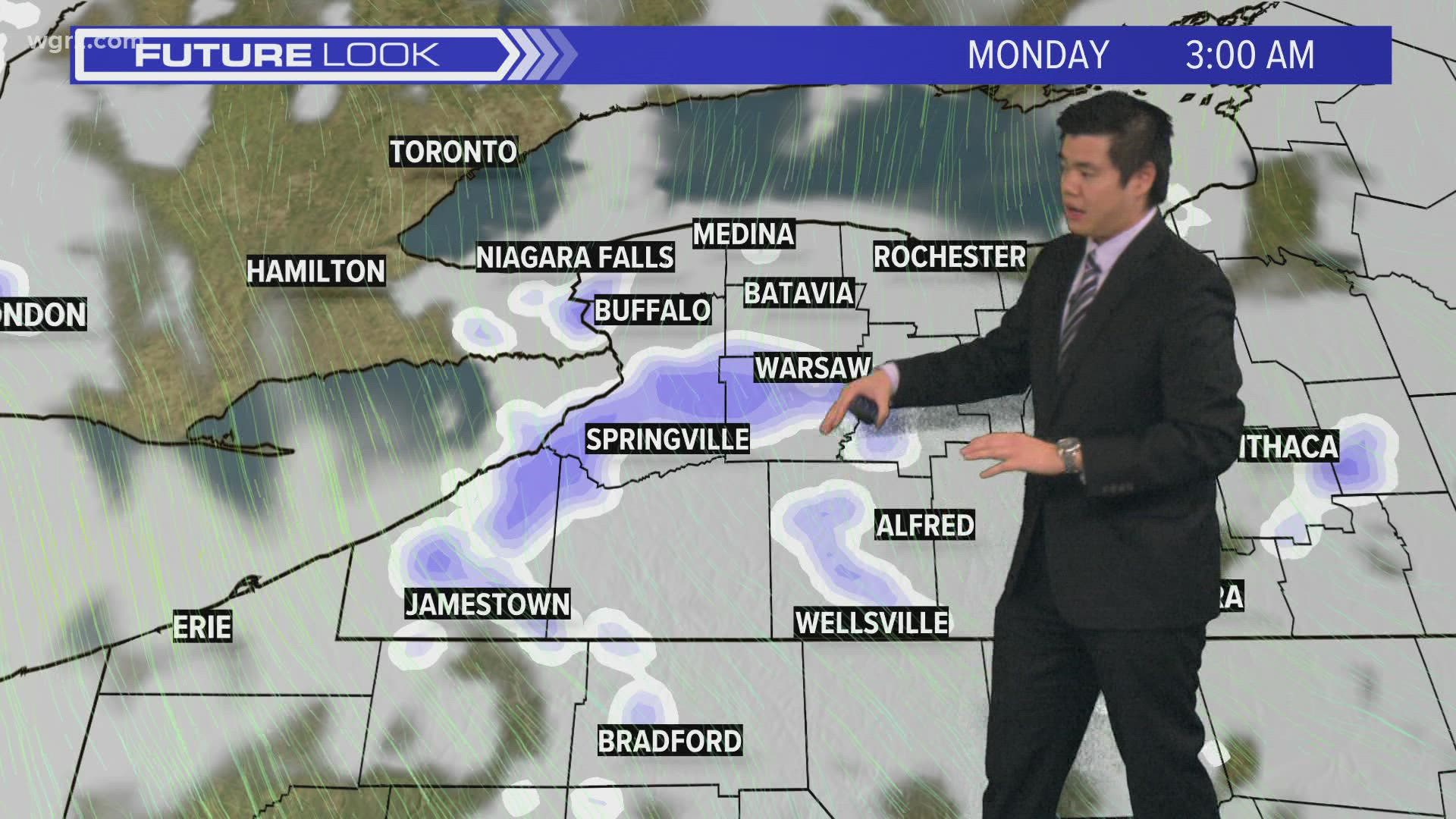