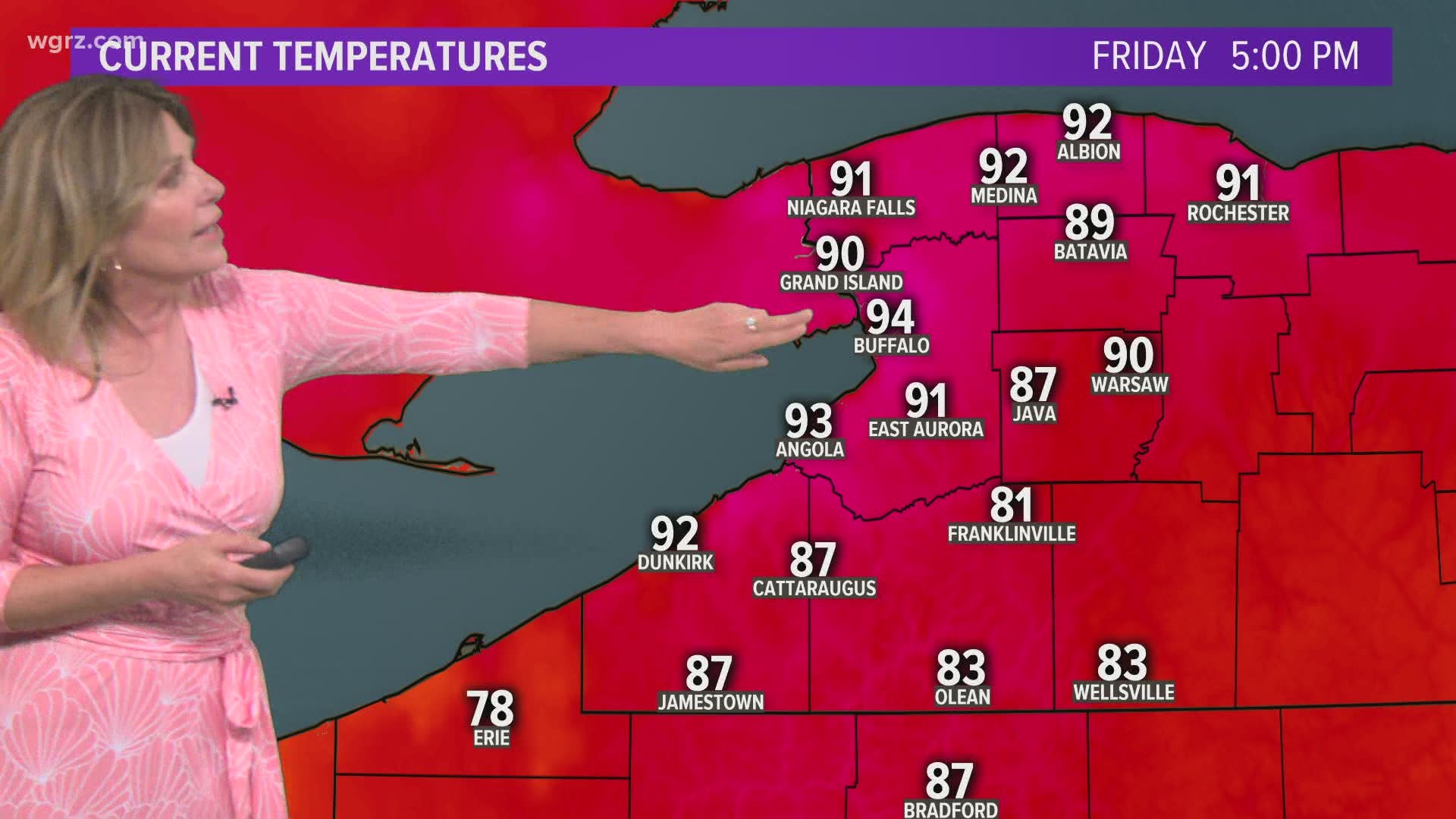 Tropical-like humidity and high temperatures will combine to bring an afternoon heat index near the triple digits. Heat related illness, such as heat exhaustion, is possible with temperatures in the 90s and high humidity levels making it feel close to 100 degrees.

The New York State Department of Environmental Conservation also notes that high heat and humidity could cause enhanced pollution to impact urban areas. Those who are sensitive to this should use caution when spending time outside during hot days.

Staying hydrated, wearing sunscreen and light colored clothing, and taking breaks inside in the A/C are all ways to combat the heat and prevent heat related illness. And don't forget about pets! Concrete can reach up to 125 degrees in direct sunlight and car temperatures can feel like the triple digits in a matter of minutes when left parked in the sun.

Today is the last day of this heat wave and it's going to be a steamy one! This Heat Advisory is in effect until 8 pm as this afternoon's heat index could approach the triple digits again. #StormTeam2 @WGRZ #nywx pic.twitter.com/RzC52RcETR

The record for consecutive days with high temperatures at or above 90 degrees was set in July of 1988 with seven days in total. This week's heat will likely break that record by one day.

Between 4:30 and 5 p.m., 98 degrees was recorded at the NWS-Buffalo headquarters by the Buffalo Niagara International Airport.