Most nonessential travel between the countries has been shutdown since March because of the COVID-19 pandemic. 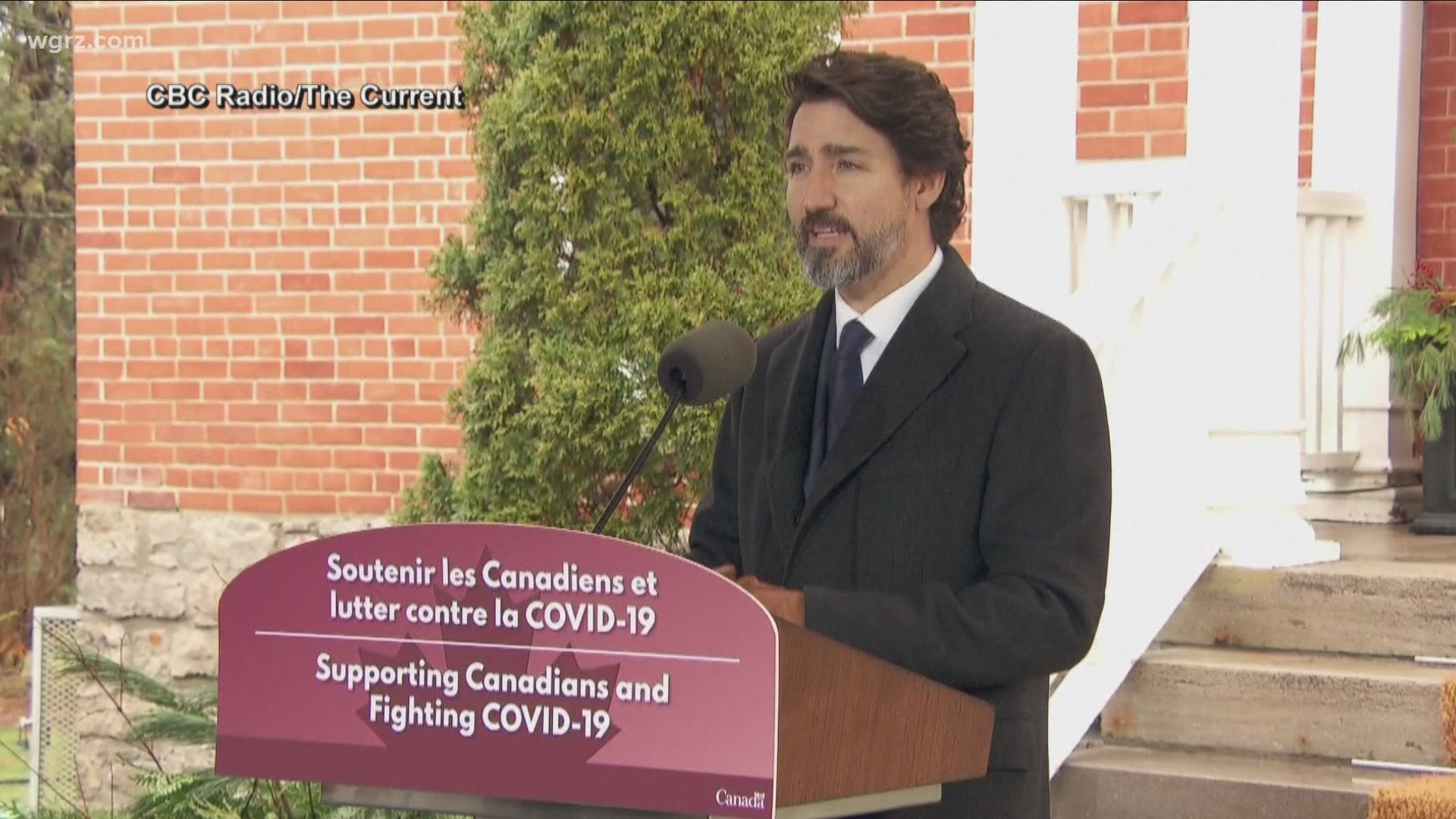 BUFFALO, N.Y. — Canada and the United States have only allowed limited border crossings for essential travel since March. On Friday, it was announced the restrictions will extend into the new year.

Canadian Prime Minister Justin Trudeau said in a tweet that the ban on most nonessential travel will remain in effect until at least January 21.

Earlier this month, Trudeau said that while President-elect Joe Biden has a different approach to the COVID-19 pandemic than President Trump, the situation in the United States remains serious and said it will take a while to change that.

"We will continue to make sure that Canadian safety is top of mind when we move forward. We see the cases in the United States and elsewhere around the world, and we need to continue to keep these border controls in place," Trudeau said during a radio interview in the fall.

Update on our border: To keep Canadians safe, we’ve extended the measures currently in place at the Canada-US border by another 30 days. Non-essential travel between our two countries remains restricted until at least January 21st, 2021.