Gas prices have gone up significantly in the past two weeks with national gas prices increasing by 13 cents.

BUFFALO, N.Y. — Consumers will feel a price increase at the pump.

The past two weeks have seen a significant spike in gas prices. The national average has increased by 13 cents during that time period, according to data from AAA.

During the same time period, the average price of gas in Buffalo has also increased by 13 cents. There has been a 5 cent increase from last week, bringing the Buffalo average to $3.36.

In Batavia, gas prices are also up 5 cents to a total average of $3.38. Prices in Batavia have increase 12 cents in the past two weeks, according to data from AAA.

While the demand for gas has gone down and domestic gasoline stock has decreased, high crude oil prices have kept prices up, according to AAA. 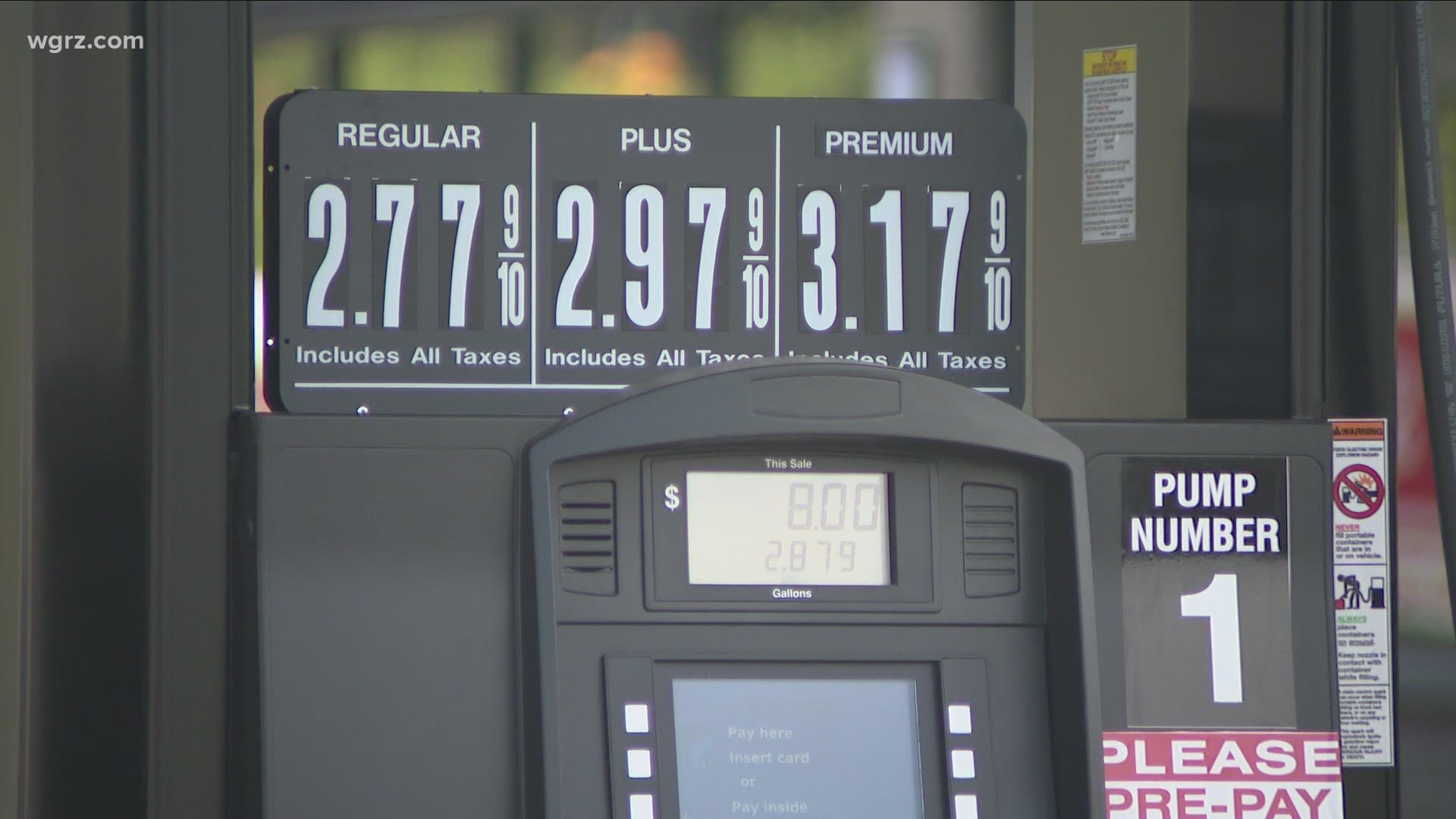