Authorities say charges are pending against the driver. 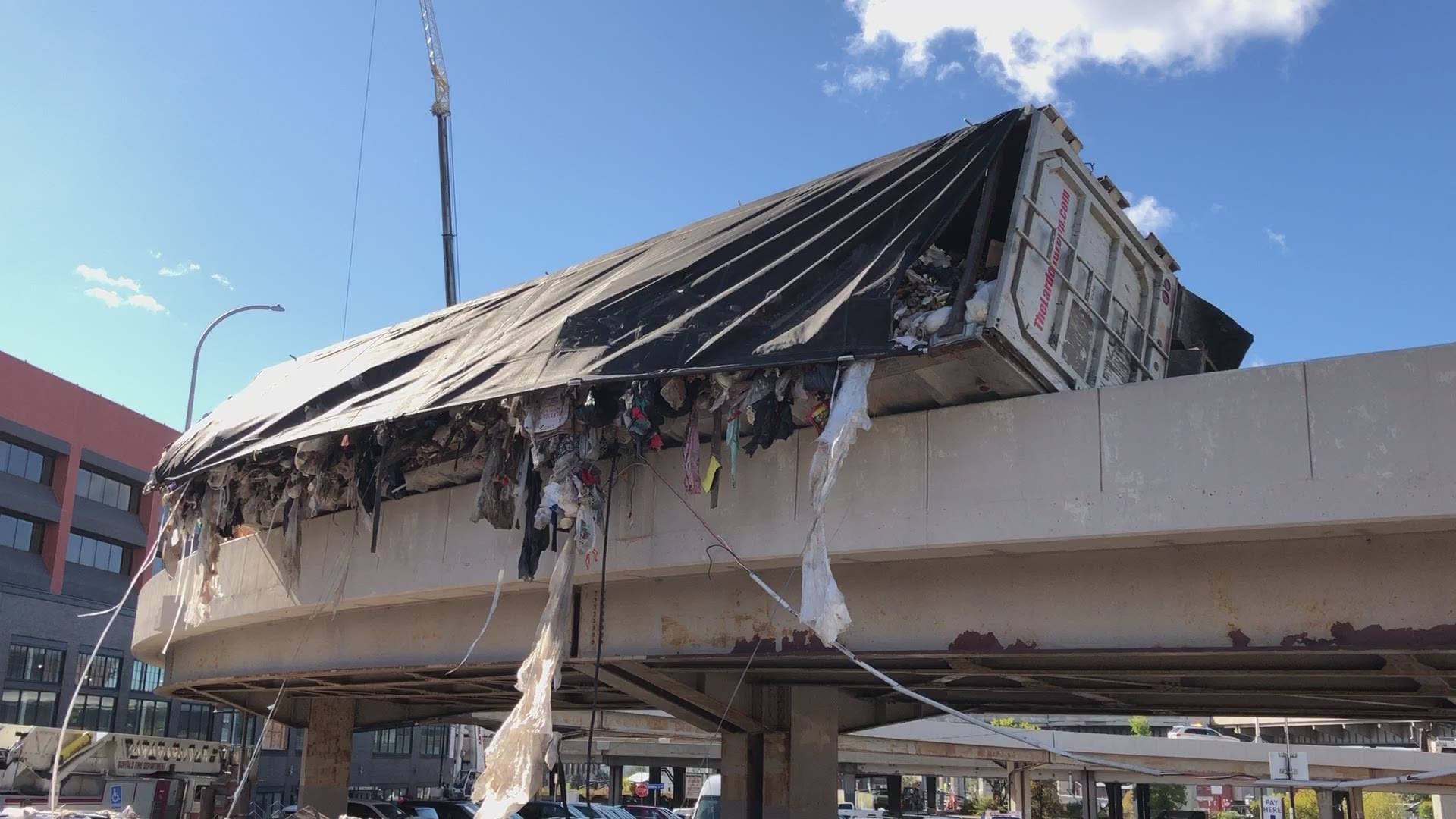 BUFFALO, N.Y. — A garbage truck turned over on a ramp to get  to the I-190N early Thursday morning, creating quite a mess below the ramp.

Traffic Tracker 2 spotted the turned over garbage truck just after 10 a.m. on Thursday. The accident is on the Inbound Skyway/Route 5 ramp to the I-190 North and Seneca Street.

Buffalo Police are investigating the incident.  They say a privately-owned sanitation truck was traveling from the inbound Skyway to the I-190 north when the truck flipped on its side.

Police say when the truck flipped over, it dumped a large amount of garbage and debris onto Pearl Street causing damage to three parked vehicles and two light poles.

Authorities say charges are pending against the driver.

The Buffalo News' Mike Connelly tweeted out these images of the accident.

Video from scene of an overturned truck in downtown Buffalo pic.twitter.com/SLCKHVOFG6

From Traffic Tracker 2's Dave Cash: The Inbound Skyway/Route 5 ramp to the 190 North & Seneca Street is CLOSED til further notice due to an 18 wheeler rollover accident - you can exit to Delaware Avenue. @wgrz pic.twitter.com/4vGO94LTcu