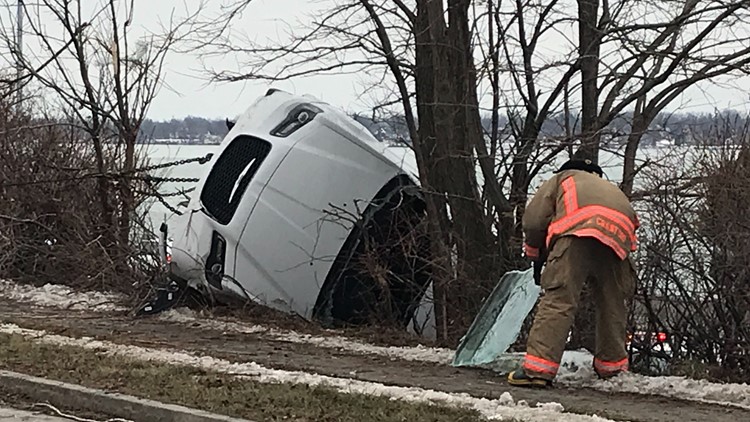 BUFFALO, N.Y. — A collision forced a vehicle off the I-190 northbound Wednesday afternoon, causing massive traffic delays in the area.

The incident happened at 1:56 p.m. and occurred near Niagara Street and Crowley Avenue. NITTEC reported the crash was cleared around 2:34 p.m.

New York State Police said one car was driving aggressively at a high rate of speed and was changing lanes. That car hit a second vehicle, which was then pushed off the road and up the right shoulder.

The driver of the first vehicle was taken to Erie County Medical Center and treated for minor injuries. That driver received a misdemeanor charge of driving with a suspended license, plus several other offenses.

The driver of the second vehicle was not hurt.