Meet the 'Bee Panther,' a massive insect even wasps fear

Welcome to the Southeast -- where large, scary bugs get snatched up and eaten by even larger, scarier bugs. 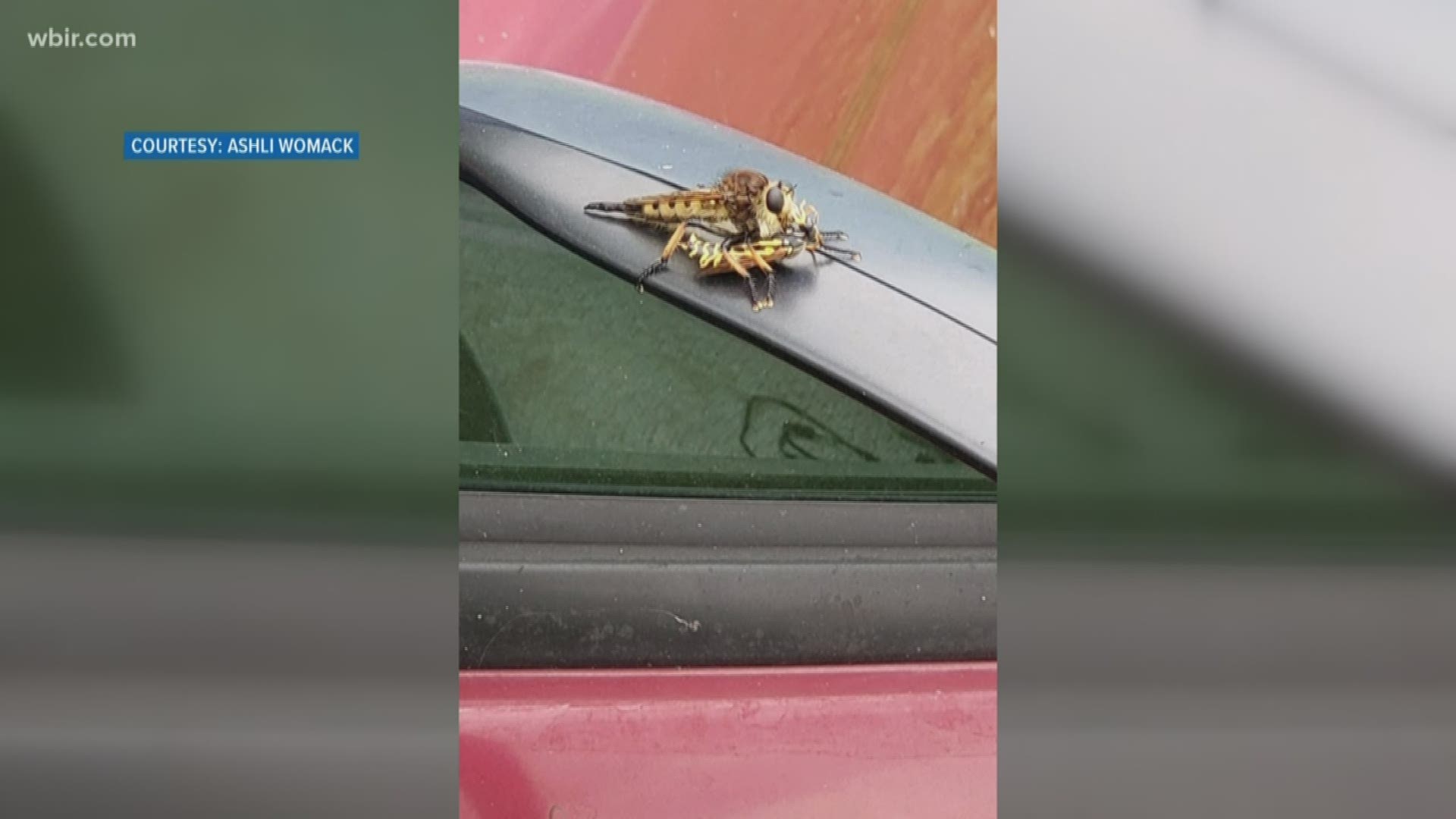 Let us introduce an even larger flying bug that eats wasps for breakfast. Literally.

Ashli Womack in Knoxville recently shared a picture with us of a giant bug snacking on a wasp atop a rear-view mirror, wondering what kind of horror had been unleashed on East Tennessee.

It's called the Bee Panther, or 'Red-footed Cannibalfly.' It's a type of robber fly, which gets its name for being a notoriously aggressive insect hunter. Russo said they've been known to attack even hummingbirds, supposedly.

The Bee Panther is more friend than foe to humans, despite its terrifying appearance. They don't really pose any threat to us when left alone and play an important ecological role across the Southeast.

Russo said they like to hide out and wait for a bee or wasp to fly by before launching at it and stabbing it with its proboscis. They then inject the prey with a saliva cocktail that immobilizes it and liquefies its innards so it can suck out a nice meal.

The saliva isn't venomous, but Russo said the bite is really painful -- so it's not a good idea to mess with it.

The insect doesn't live long once it reaches maturity. Russo said it has a life span of about 2 to 3 weeks, and usually its hunting grounds are in the woods.

Still... nature can be scary sometimes.

►Copperhead or corn snake? How to tell if that snake you're staring down is venomous