The invasive plant is very difficult to get rid of, it falls apart easily, and pieces as small as an inch can grow into new plants. 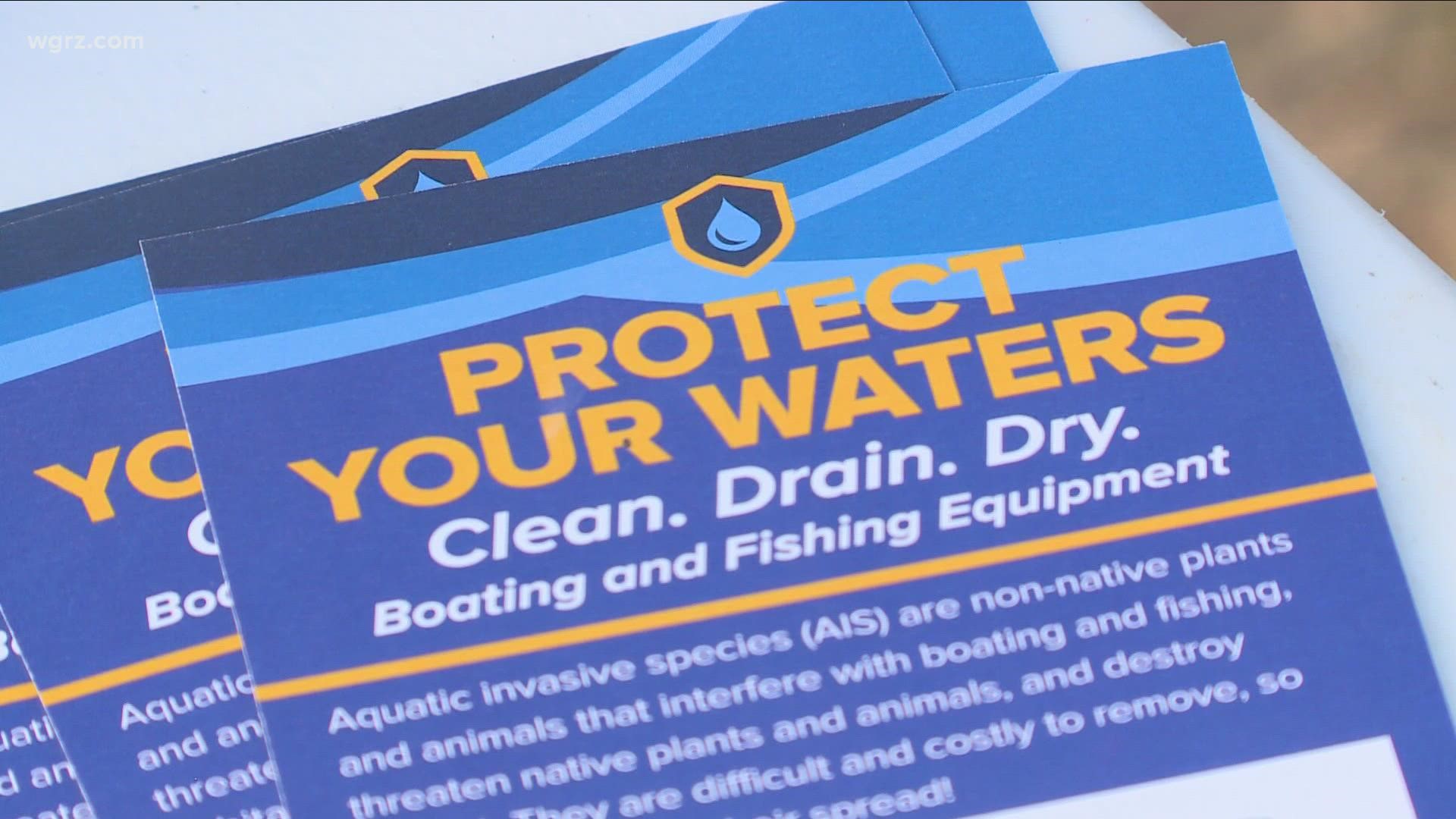 NORTH TONAWANDA, N.Y. — The invasive aquatic plant hydrilla has been found at the City of North Tonawanda Marina. There are currently no other known infestations of hydrilla along the Niagara River.

The invasive plant was discovered by a concerned person at the marina, who reported it to the U.S. Army Corps of Engineers.

Hydrilla is one of the most difficult aquatic invasive species to control because the plant breaks apart easily, and new plants develop from pieces no bigger than an inch long. The plant negatively affects recreation, tourism, and the aquatic ecosystem.

"A lot of invasive species we generally think about have a negative impact on the environment, and that is definitely the case with hydrilla. It can out-compete native plant communities and decrease biodiversity," PRISM Regional Manager Andrea Locke said.

PRISM is the WNY Partnership for Regional Invasive Species Management. They're working with the New York State Department of Environmental Conservation to advise boaters to lift their motors and clean their props before entering the river by reversing and then forwarding multiple times to dislodge the plant fragments.

Vincent Manuella, a PRISM boat steward, spoke to about a dozen people from 4 to 5 p.m. Friday at the City of North Tonawanda Marina.

All boaters and jet skiers are being asked to clean, drain, and dry their boats and trailers before launching into any new water body to prevent the spread of invasive species.

"We're very concerned about it getting into the Niagara River, where it can basically spread everywhere downstream and to Lake Ontario," Locke said.

The DEC plans to apply an aquatic herbicide next week to prevent the plant from reaching the river, where it would be impossible to control. DEC will also work with North Tonawanda and various wildlife organizations to develop a long-term plan to prevent the spread of the plant.

Other boat stewards will be out this weekend and a few other days over the next three weeks to answer questions about the plant and help identify it. Hydrilla has sections of three or four sawtooth-edged leaves, running the entire length of a central stem.

The invasive species is commonly used as an aquarium plant and is illegal to dump or transport amongst waterways.