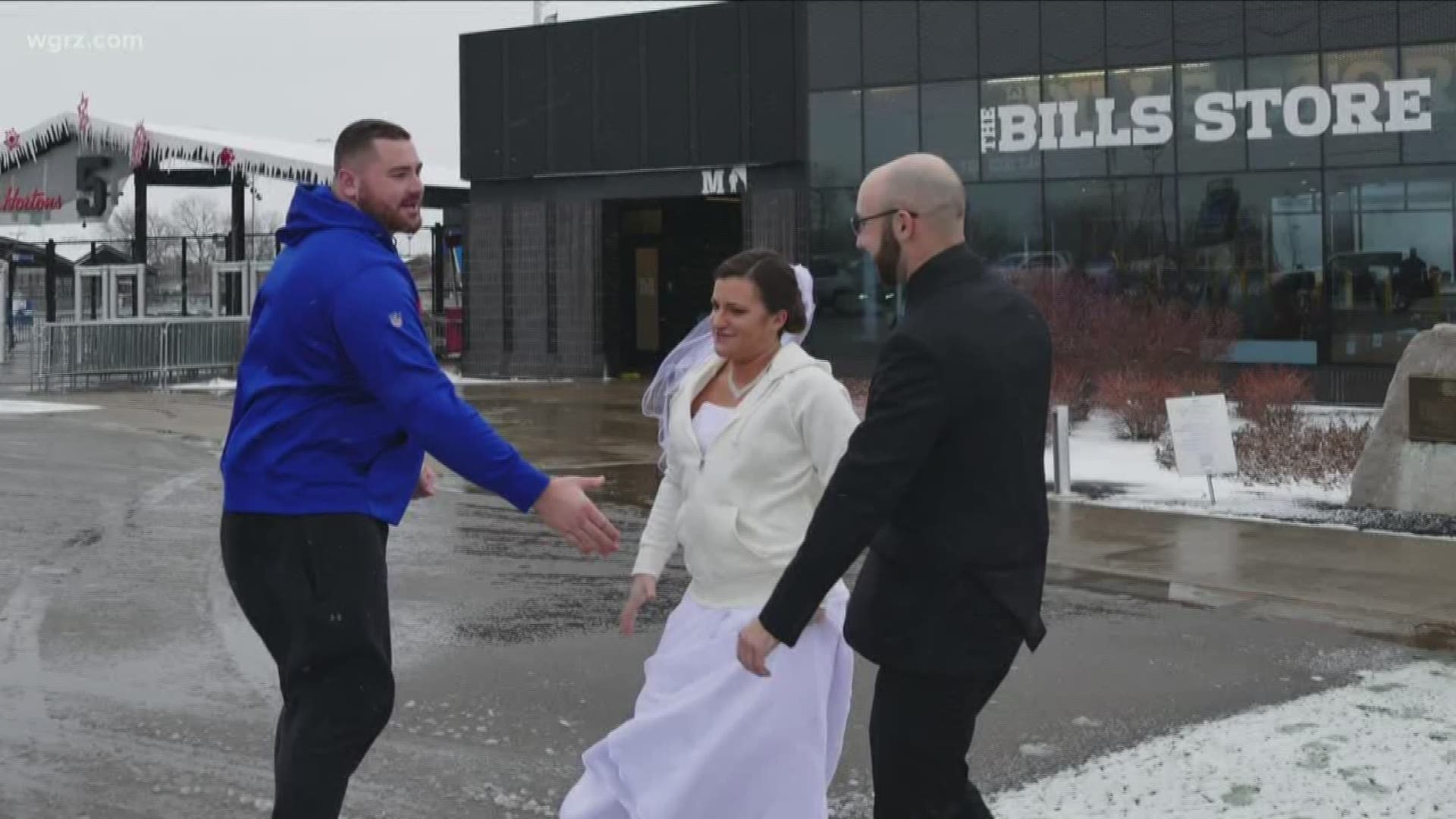 BUFFALO, N.Y. — Kyle and Beth Wruck have been together since December 2016.

Beth is a lifelong Bills fan, so naturally, their first date was a Bills game.

Both of them have been big fans of Bills defensive tackle Harrison Phillips ever since late Bills super-fan Pancho Billa announced his name at the 2018 NFL Draft.

"We knew Pancho," Beth said. "We met him and he gave us one of the helmets over there, so obviously when he was drafted, it was Pancho who drafted him, which was cool."

Beth is a medic for the United States Air Force and was invited on stage with other members of the military at a Rascal Flatts concert last year.

Right before it happened, she received a big surprise.

"Harrison Phillips happened to be there," Beth said. "He's a man of the people so he came down and was talking to everybody and shook our hand and we met and took some pictures."

The night didn't end there.

When Beth got off the stage, she found Kyle on one knee.

"She said yes," Kyle said. "I was nervous, but I figured she'd say yes. We've been together for long enough but I was still nervous."

"Our wedding pictures... I don't know where else we would have taken them other than the Bills stadium, so we went there and they were practicing for the playoff game," Beth said.

When they were posing for photos outside of the Bills store, something weird happened.

"A player drives by and was like, 'Hey! you want pictures with a player,'" Beth said. "It turned out to be Harrison Phillips and Kyle and I just looked at each other and were like 'That's crazy!'"

All Beth and Kyle can do now is say thanks to Harrison for making those monumental days in their relationship so special.

"It's just cool that he was there for two of the most important parts of our life," Beth said. "I feel like if we don't name our kid Harrison now, it's going to be a bad omen or something."

RELATED: Legacy of Pancho Billa will live on in new children's book