"Look at my jersey." 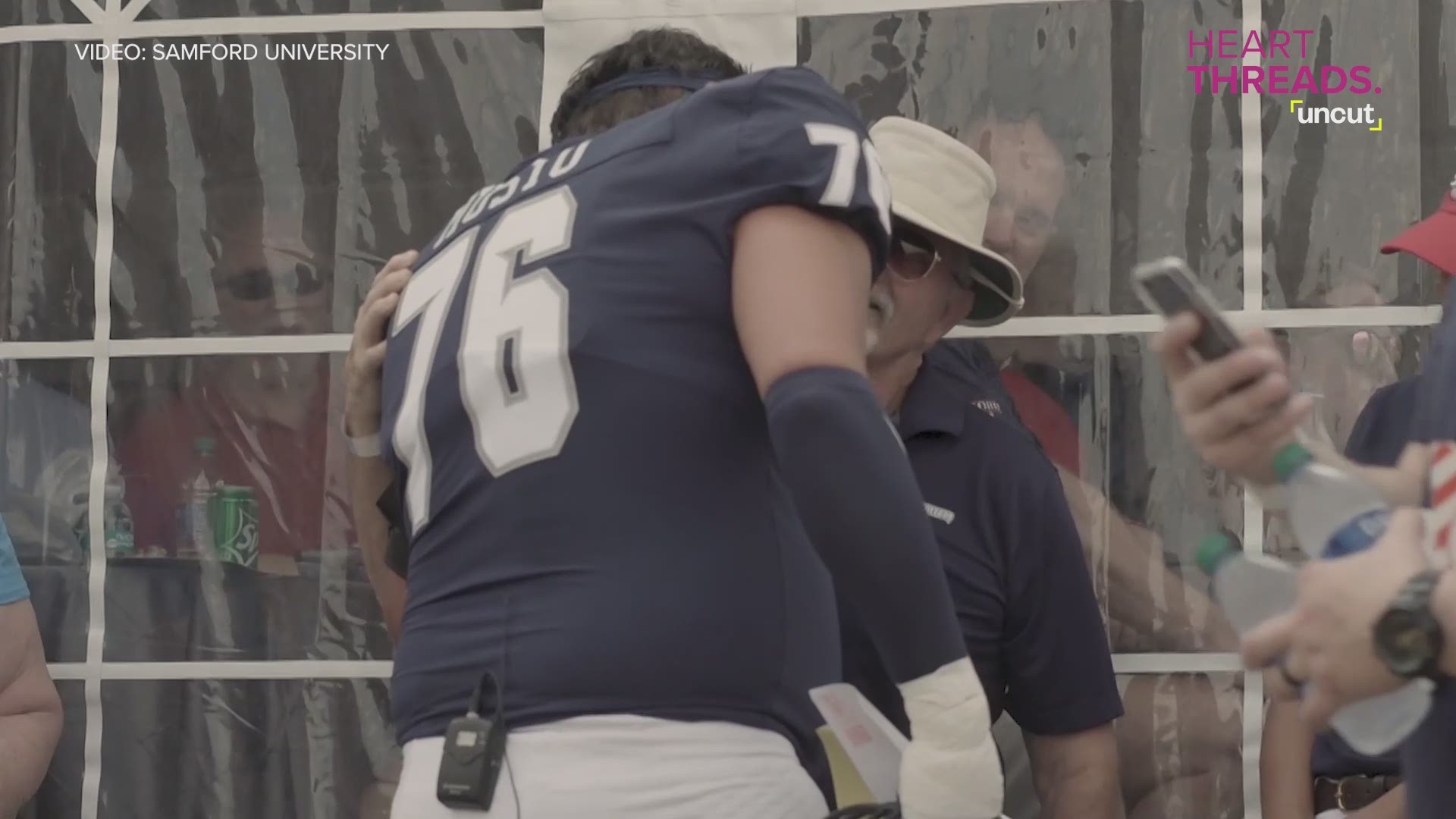 HOMEWOOD, Ala. — A precious moment caught on camera revealed the love between a parent and child, whether they share the same blood or not.

During the annual family weekend football game, Samford University’s senior tackle took a moment on the sidelines to surprise his stepfather, Michael Musto.

“You know how much I love you, right? And how I’ll always treasure the time I have with you? And how you’re my world,” George Grimwade-Musto said, leaning into quietly talk to his step-father.

“I got my last name changed.”

The now George Grimwade-Musto turned to show his stepfather the back of his jersey, which had “Musto” printed above his number, 76.

Teary-eyed, Michael embraced his son as other members of the family wiped tears from their eyes.

According to Samford University, George regards Michael as his father as he is the man who raised him.

RELATED: A 'Gameday' fan's clever sign got him a lot of beer money. Now he's donating it all.

"[It] sounds weird calling him my stepdad, because he's always been my dad to me - he doesn't have anyone to carry on his last name," George said.

In late September, George decided to formally change his last name to Grimwade-Musto. The decision came when George realized Michael was the final Musto and he wanted to be able to carry on his father’s family name and legacy.

"He raised me ever since I was in second grade. I feel like I owe it to him to carry on his last name, when I hopefully have kids," George said.

The moment was caught on camera by Samford University and has melted hearts across the United States.