Girgensons is the next man up to try and fill the void left by Victor Olofsson on the top line. 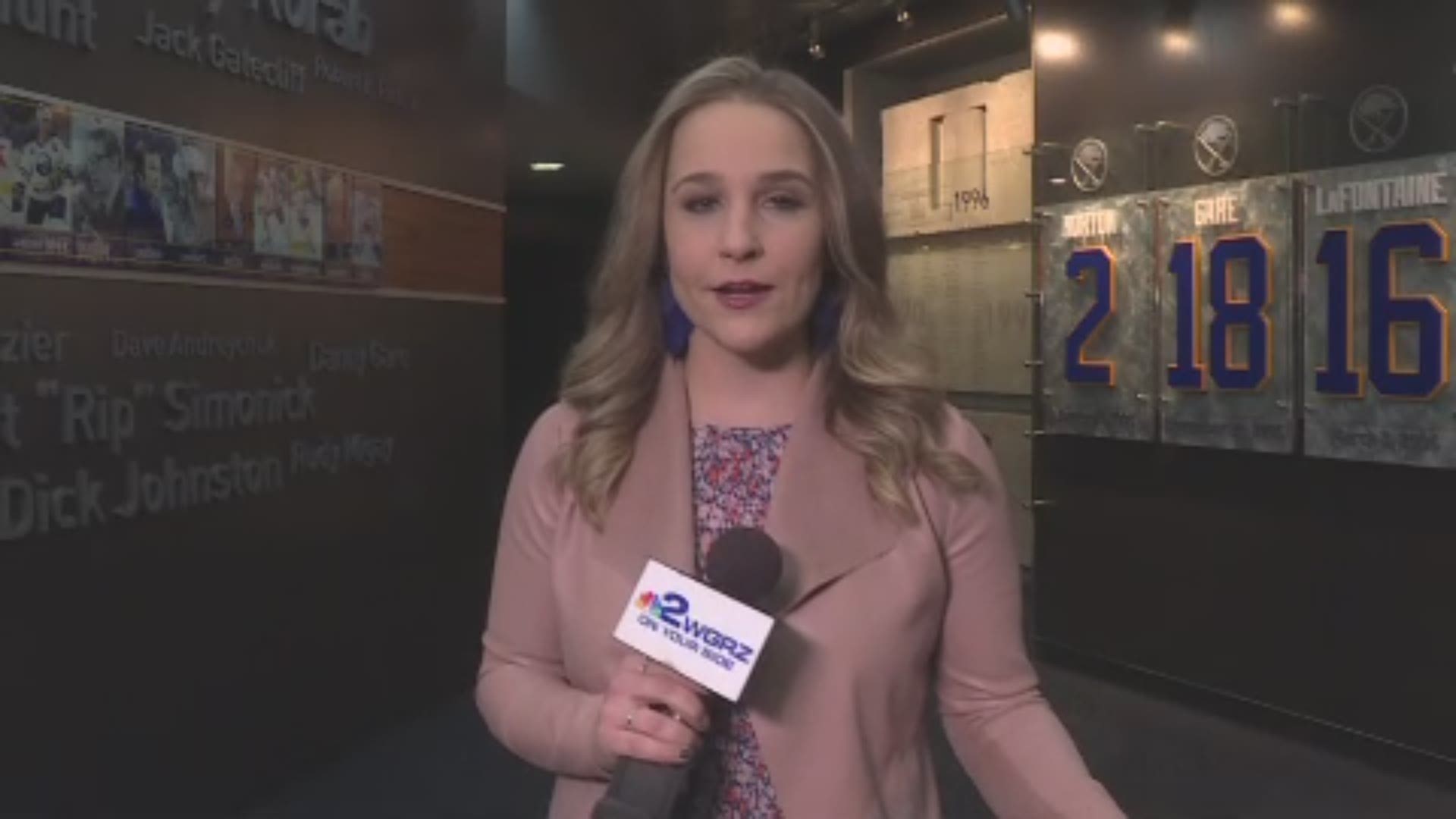 BUFFALO, N.Y. — Victor Olofsson is having a Calder Trophy- like season. He has 16 goals and 35 points in 42 games to lead all NHL rookies in scoring.

So it was a big blow to the Sabres when he went down with a lower-body injury that required five to six weeks recovery and since then the Sabres have been searching for his replacement on the top line with Jack Eichel and Sam Reinhart.

"It's awesome, they're two elite players that are fun to play with. They create so much offense and they've been the backbone of this team for the whole season so it's definitely an honor," Girgensons said after practice on Wednesday.

Eichel scored his 28th goal of the season tying his career best last night on a 2-on-1 with Girgensons to give the Sabres a 3-2 lead.

"There's every game something that you watch that you're like 'oh man I don't know how he does that'. Even that goal that's not an easy play to pull off. You know it's awesome to watch it and experience it," Girgensons said.

Last night was the second game in a row Girgensons has been on the top line. The first was in Detroit last Sunday where he scored a shorthanded, breakaway goal for his 8th of the season. And he admitted there might be a little added pressure playing with those guys.

Of course this is just a temporary fix while Olofsson recovers from that injury he suffered against the Oilers on January 2nd so it looks like he still has another three or four weeks left.

One bright spot for the Sabres lately is the efficiency of their power play, an area they were struggling in to close out 2019.

"I think we're just shooting the puck a little bit more. That's what you gotta do when you go through a slump on the power play is you shoot and then everything else opens up, you let your skill take over after that but it starts with getting pucks to the net," Okposo said after practice on Wednesday.

Up next, the Sabres hit the road for two games, first in Dallas on Thursday then they're in Nashville on Saturday before hitting the All-Star break.