It might be Kevin Yu's tournament to lose, but others are close so that there could be a fantastic finish to the Porter Cup. 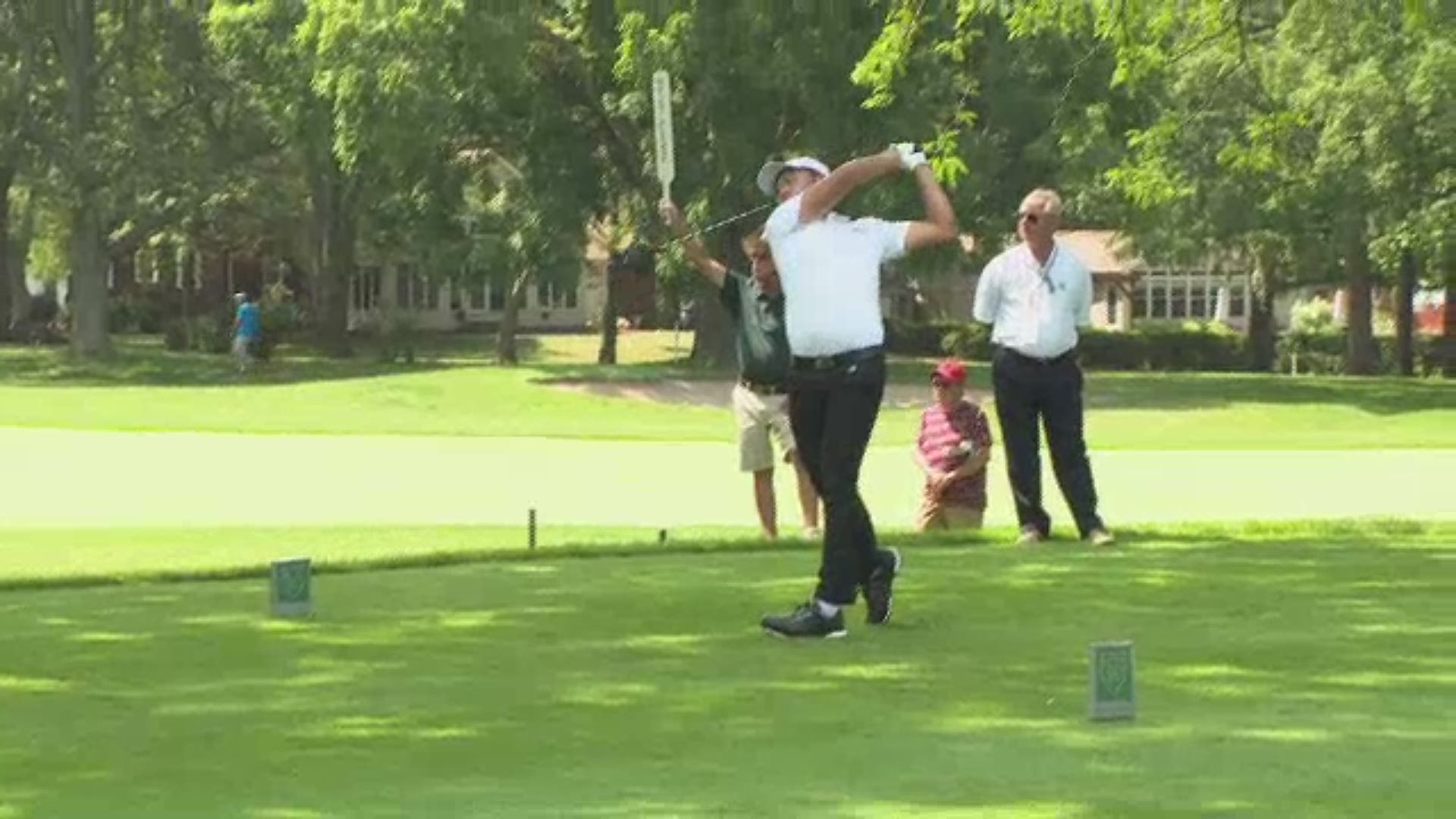 LEWISTON, N.Y. — Kevin Yu has a three-stroke lead headed into the final round of the Porter Cup on Saturday.

Yu, considered the favorite before the tournament began, shot a 4-under par 66 in Friday's third round. He was bogey-free until the 18th hole.

Yu has a three-stroke lead over Aiden Didone, who shot a 5-under 65 Friday.

Right on their heels is Tyler Strafaci, who finished tied for second in last year's tournament. Strafaci with a 4-under 66 and is one stroke behind Didone.

Ben Reichert of East Amherst has the best score of any of the Western New Yorkers in the tournament. Reichert shot a 3-over 73 Friday. He's two-over-par for the tournament.

Grand Island's Nicholas Morreale shot a 1-over 71 and is four-over-par for the tournament.

Buffalo's James Blackwell shot a par 70. The second round really hurt Blackwell, where he shot a 6-over 76.

Excitement grows as Porter Cup prepares to tee off