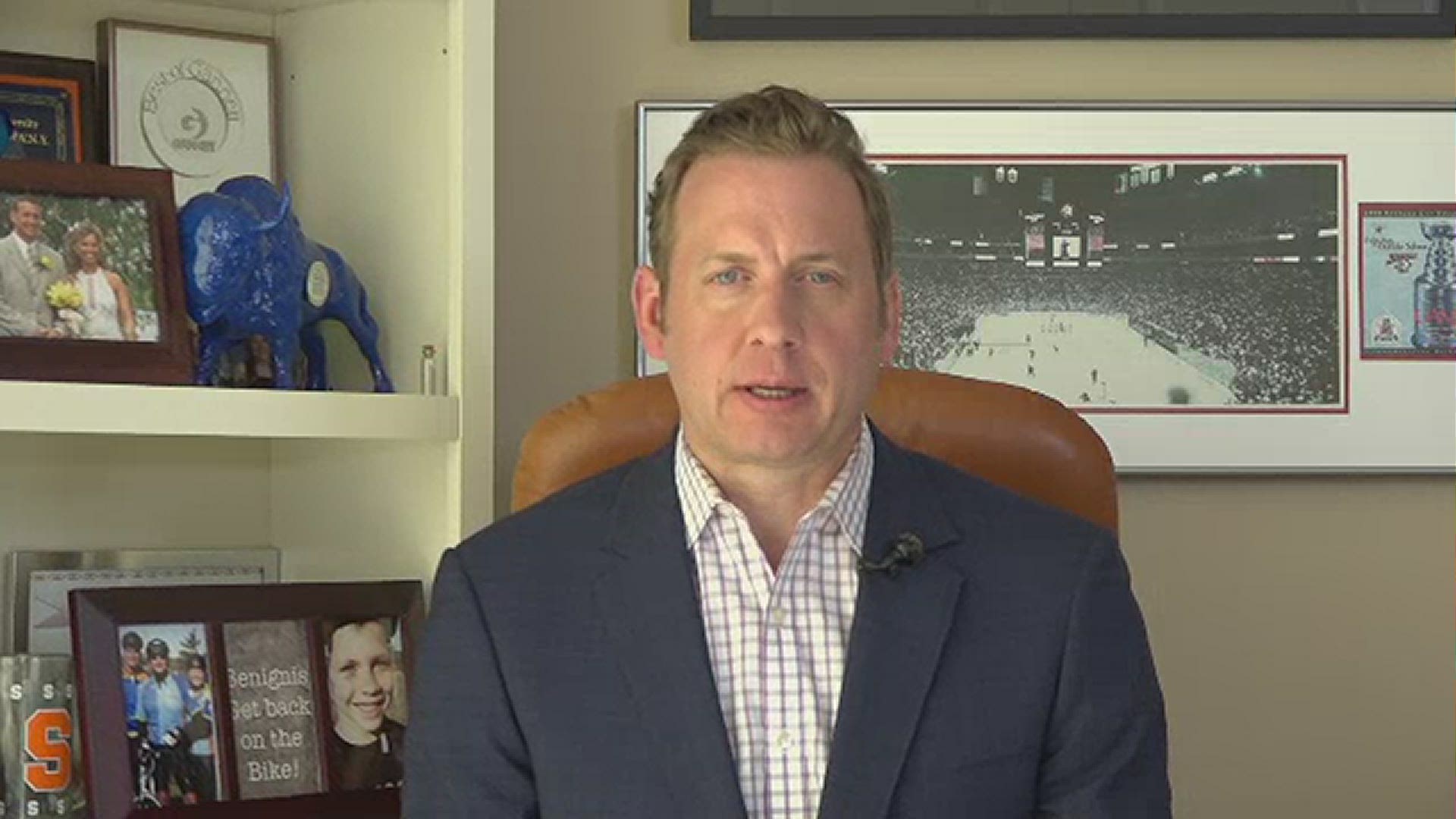 The reaction to the killing of George Floyd in Minneapolis and the protests that have followed has been strong across the country.

That's been true among local college coaches in Western New York as well.

"We don't want to take the light off the real issue here.  The issues of injustice... racism and equality... It's a scary time right now... because going forward isn't going to be any easier because now the emotions are higher."

He says he's tried to convey a clear message to the players he's talked to.

"You know I've told the ones that I've talked to so far to be very careful.  Because we're dealing with a lot of things... we're still dealing with the Coronavirus.  We've talked about this before...the issue of police brutality...  about the issues of racism... what to do if you're pulled over.  You know I've had those conversations with our teams over the years that many parents have with their kids."