With a Win Saturday over Akron UB Becomes Bowl Eligible

With a win over Akron Saturday the UB Bulls will be bowl eligible this season. 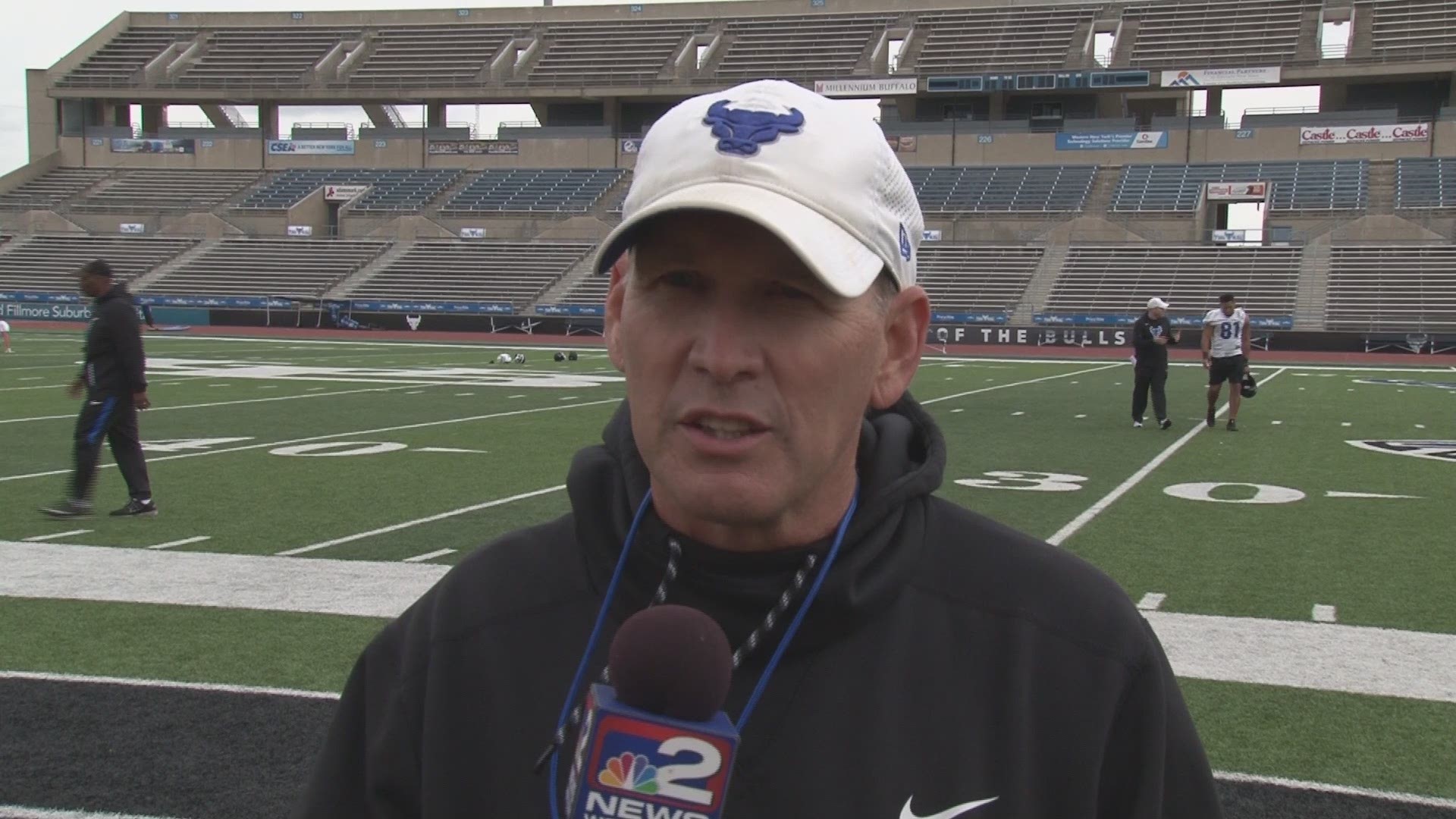 AMHERST, NY- Last season UB won six games making them bowl eligible. They didn't get their sixth win until the final game of the season, a win over Ohio. They were extremely disappointed when they weren't selected to play in a bowl game.

This season the Bulls are 5-and-1 and can win their sixth game of the season Saturday at home against Akron. Last year the Bulls lost a one point decision to the Zips in Akron.

With a win the Bulls not only become bowl eligible but get off to a 3-0 start in MAC Conference play.

UB head coach Lance Leipold told Two On Your Side's Stu Boyar "Last year was the disappointing end to the season after getting that sixth win. I think this group has a lot of goals that they want to accomplish yet this year so when these things come I don’t know if we really have benchmarks set for those but I think more importantly we can be 3-and-0 in MAC play. I think that will be a big thing if we can reach that on Saturday."

A win over Akron would make the Bulls bowl eligible for just the fourth time in school history. UB was also bowl eligible in 2008, 2013 and 2017. Akron leads the all-time series, 11-6. UB has won the last five meetings at UB Stadium.

UB has gotten off to great starts this season outscoring their opponents 68-13 in the first quarter.

Bulls wide receiver Anthony Johnson remains day to day with a hamstring injury. He hasn't played much in each of the Bulls last two games. He was injured in the Bulls win at Rutgers.

This season, Johnson has 18 catches for 308 yards and three touchdowns.

Kickoff is scheduled for 12 noon Saturday at Alumni Stadium in Amherst.