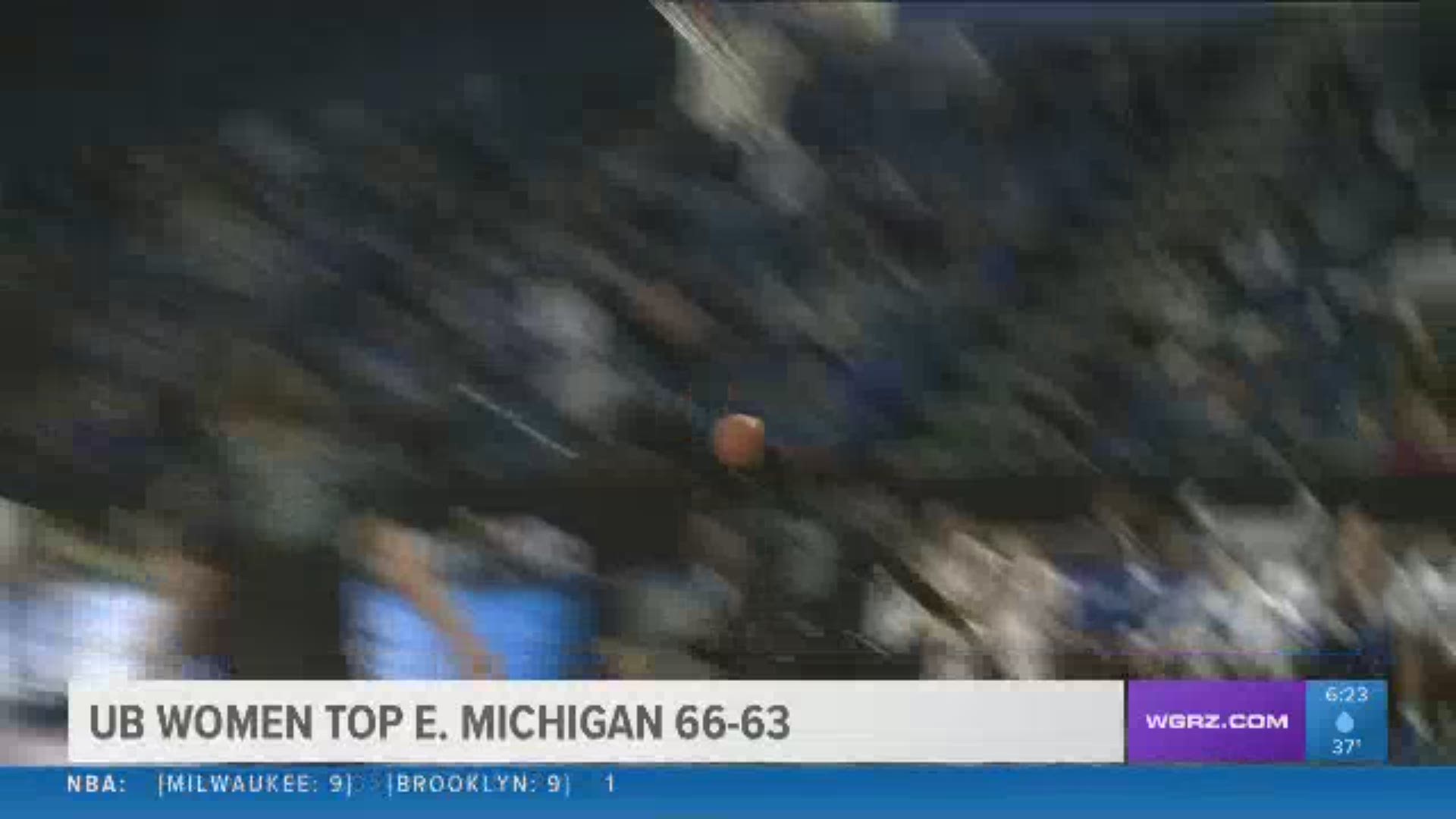 Jayvon Graves scored 14 points and had four steals and Davonta Jordan added 13 points and seven rebounds for Buffalo (12-6, 3-2 Mid-American Conference), which held the Chippewas to 30% shooting from the floor in the first half and led 38-30 at halftime.

St.Bonaventure has another A-10 game Wednesday night at No. 13 Dayton.

The UB women got off to a great start as they built a 14-point fourth quarter lead. At the end the Eagles got to within three and no closer.

The Bulls had four players scored in double figures led by Dyaisha Fair with 22. That's her second straight game with 20 or more points. With the win the women are 12-4 on the season and 3-2 in MAC play. UB is at Ball State Wednesday night.