UConn holds off Buffalo for 26th straight trip to Sweet 16

Cierra Dillard, the nation's second-leading scorer, had 29 points to lead Buffalo, which made a big run in the fourth quarter but could not overcome a 24-point second-half deficit. 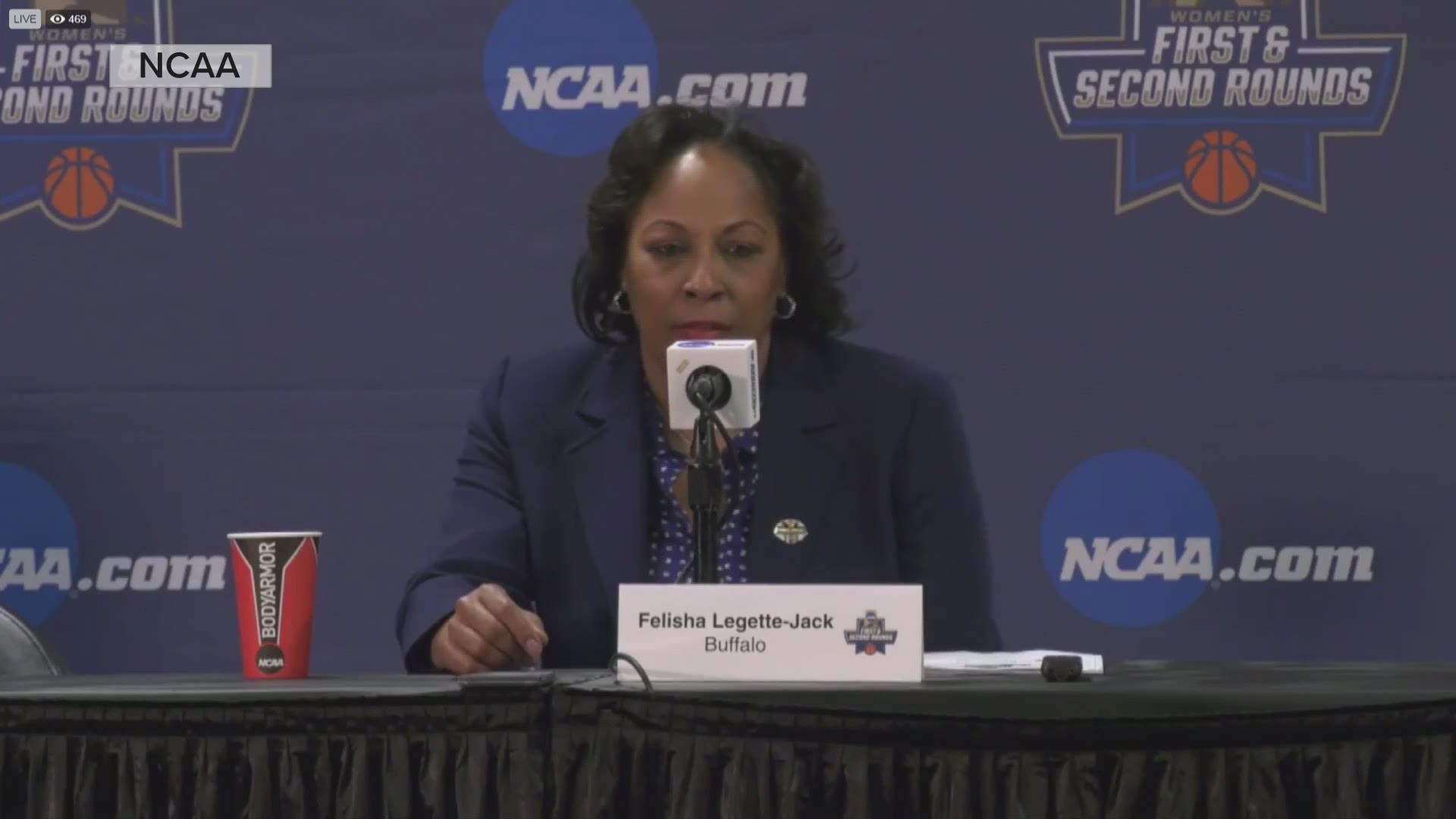 STORRS, Conn. (AP) - Napheesa Collier scored 27 points and grabbed 16 rebounds as UConn held off 10th seeded Buffalo 84-72 on Sunday night to move into the Sweet 16 for a 26th consecutive season.

Katie Lou Samuelson and freshman Christyn Williams each added 17 points for the No. 2 seed Huskies (33-2).

Cierra Dillard, the nation's second-leading scorer, had 29 points to lead Buffalo, which made a big run in the fourth quarter but could not overcome a 24-point second-half deficit. The Mid-American Conference champions finish the season 24-10.

Buffalo never led and trailed 73-49 with 3 minutes left in the third quarter. But the scrappy Bulls would not go away. They outscored the Huskies 12-2 to open the fourth, cutting the lead to 75-67.

Their hopes of a comeback were dealt a blow in the middle of that run when Dillard went down after rolling her left ankle in a collision with Collier.  She had to be helped to the locker room, but came back into the game less than two minutes later, scoring five more points while clearly hobbled.

Buffalo: Dillard, a transfer from Massachusetts, finishes her college career with 2,205 points, including 1,422 in her two years at Buffalo, good enough for fifth place on the school's all-time scoring list. She came into the game averaging more than 25 points and just under five rebounds and six assists. She had seven rebounds and seven assists on Sunday.

UConn: Collier came up two assists shy of a triple-double. The double-double was her fifth straight, 22nd this season and 46th of her career. She moved past Tina Charles into third place on UConn's scoring list.