The Bulls are heading back to the MAC title game after an 82-77 win over the number one overall seed Central Michigan. 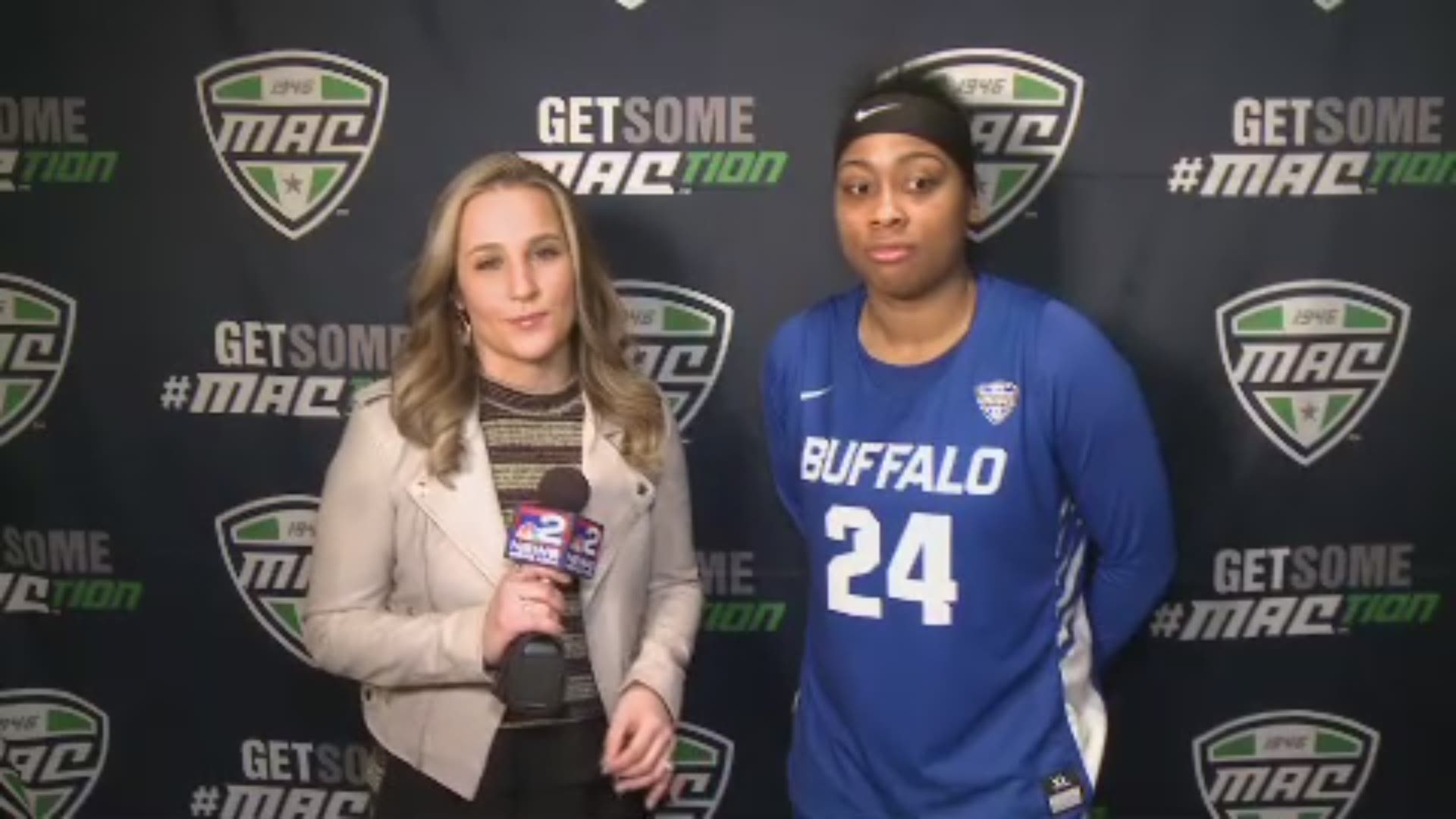 CLEVELAND — Third time is a charm for the UB women against Central Michigan this season.

The Bulls lost to the Chippewas both times in the regular season but beat them this time around in the MAC semifinals to upset the number one overall seed, 82-77.

It was also a little revenge from last year after losing to Central Michigan in the MAC title game a year ago.

Cierra Dillard led the Bulls with a game-high 30 points while Summer Hemphill had a huge game adding 24 points and nine rebounds. 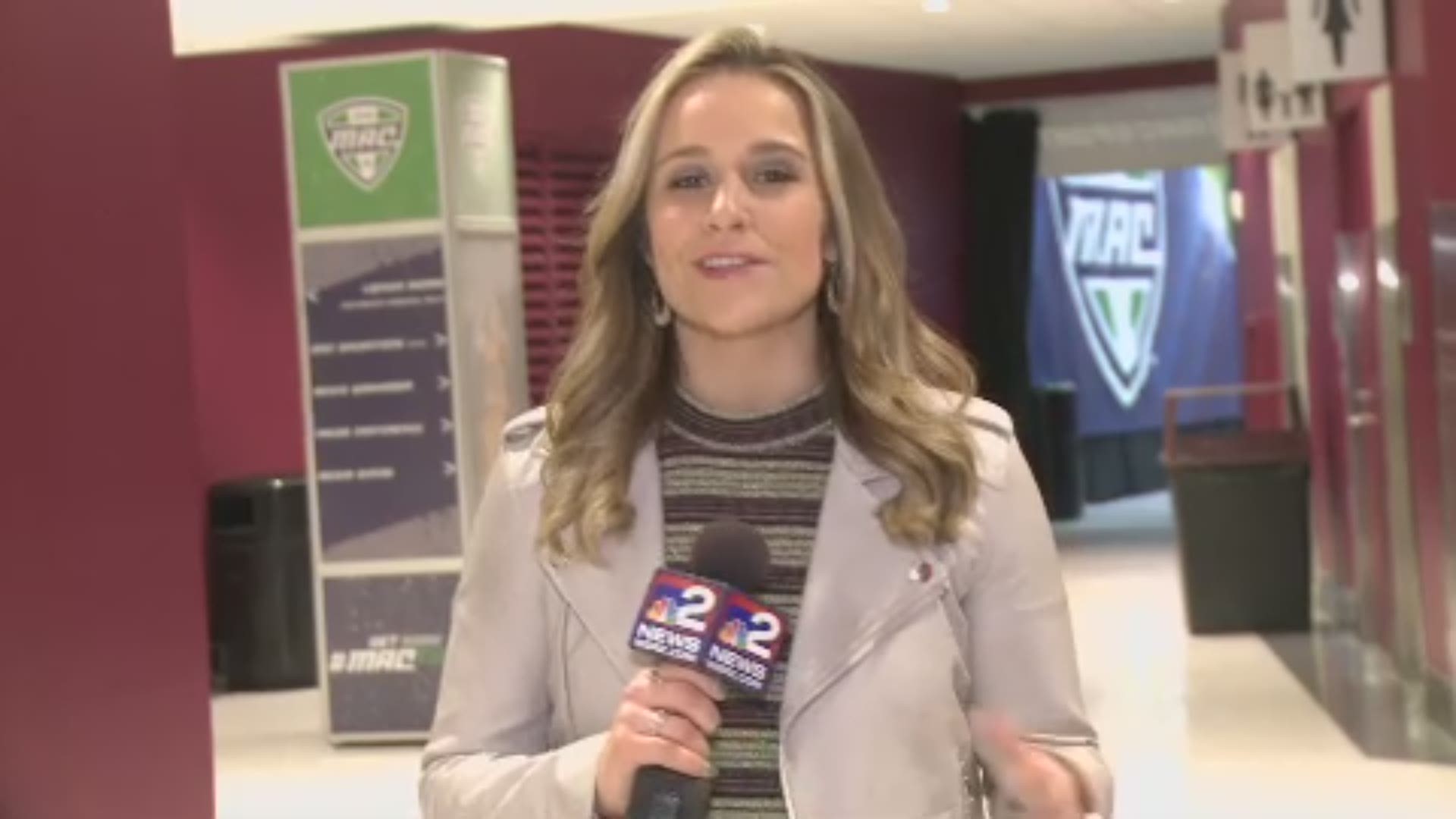 UB used a huge third quarter to take a nine point lead but Central Michigan stormed back and went on a 15-2 run to start the fourth quarter.

But the Bulls refocused and came out with the five point win to head back to the MAC title game. They'll face Ohio in the championship game on Saturday morning at 11.