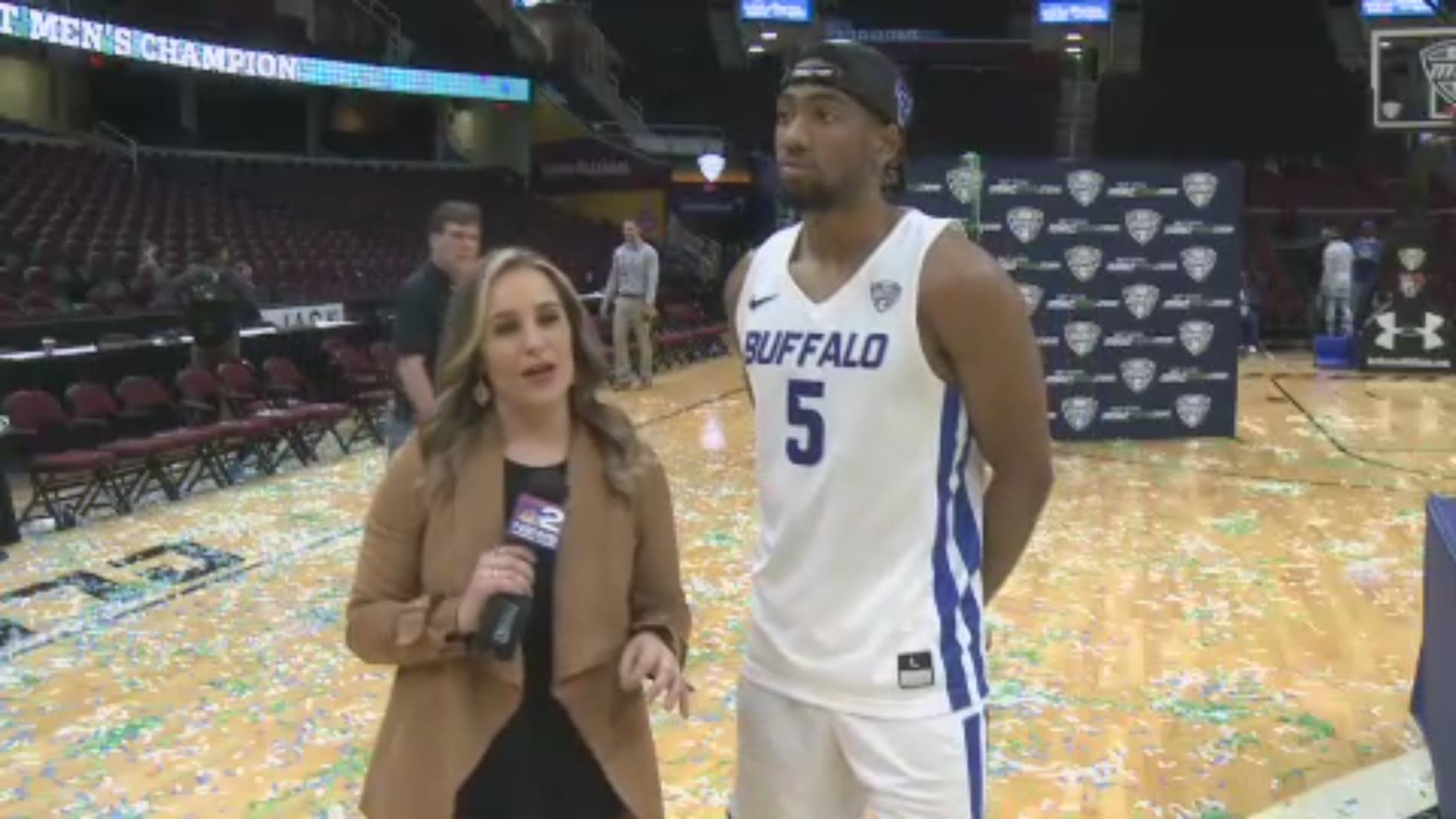 The Bulls defeated the Bowling Green Falcons, 87-73. UB's Jeremy Harris was named the MAC tournament MVP. He led the way with a game-high 31 points as the Bulls had four players who ended in double figures.

Earlier Saturday the UB women's basketball team also won the MAC tournament title. It's the second time both teams won it, the first time happened in 2016.

The Bulls were already well on their way to the NCAA tournament before this. Even if they hadn't won the whole thing in Cleveland, they already had their ticket punched to the big dance given what they accomplished in the regular season but this win should help their seeding.

2 on Your Side's Heather Prusak talked with Oats, Nick Perkins and CJ Massinburg and they said they believe the Bulls should get a four or five seed now.

They'll find out who they'll play and where on Selection Sunday as the selection show gets underway at 6 p.m.