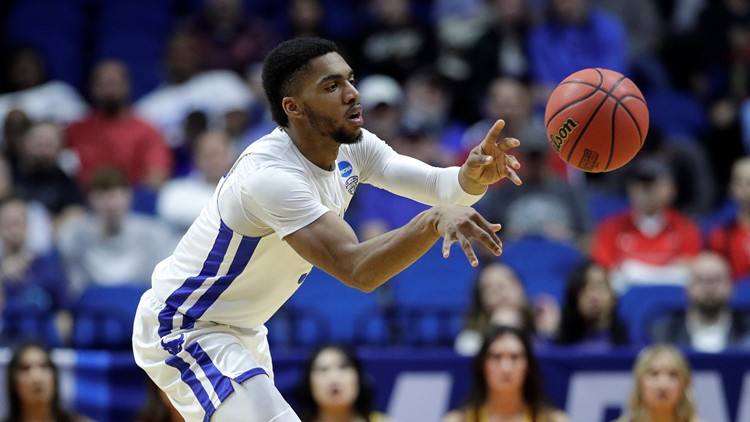 Photo by: AP
Buffalo's Jayvon Graves passes the ball during the second half of a first round men's college basketball game against Arizona State in the NCAA Tournament Friday, March 22, 2019, in Tulsa, Okla. (AP Photo/Charlie Riedel)

Josh Mballa had 14 points and 15 rebounds for Buffalo. Jeenathan Williams added 12 points and three blocks, and Davonta Jordan had five steals for the hosts.

Kyle Lofton tied a career-high with 32 points and had eight assists for the Bonnies, whose seven-game win streak was snapped. Dominick Welch added 14 points and eight rebounds, and Jaren English had 13 points.

The freshman got the game started with a personal 8-0 run and he finished by tying a career-high scoring output and six rebounds. Xavier Johnson also had 16 points and added eight assists for Pitt.

Majesty Brandon scored 20 points on 8-of-15 shooting while Jalanni White scored 14 points and cleaned up nine rebounds for Canisius.