UB prepares to meet South Carolina in the Sweet 16. 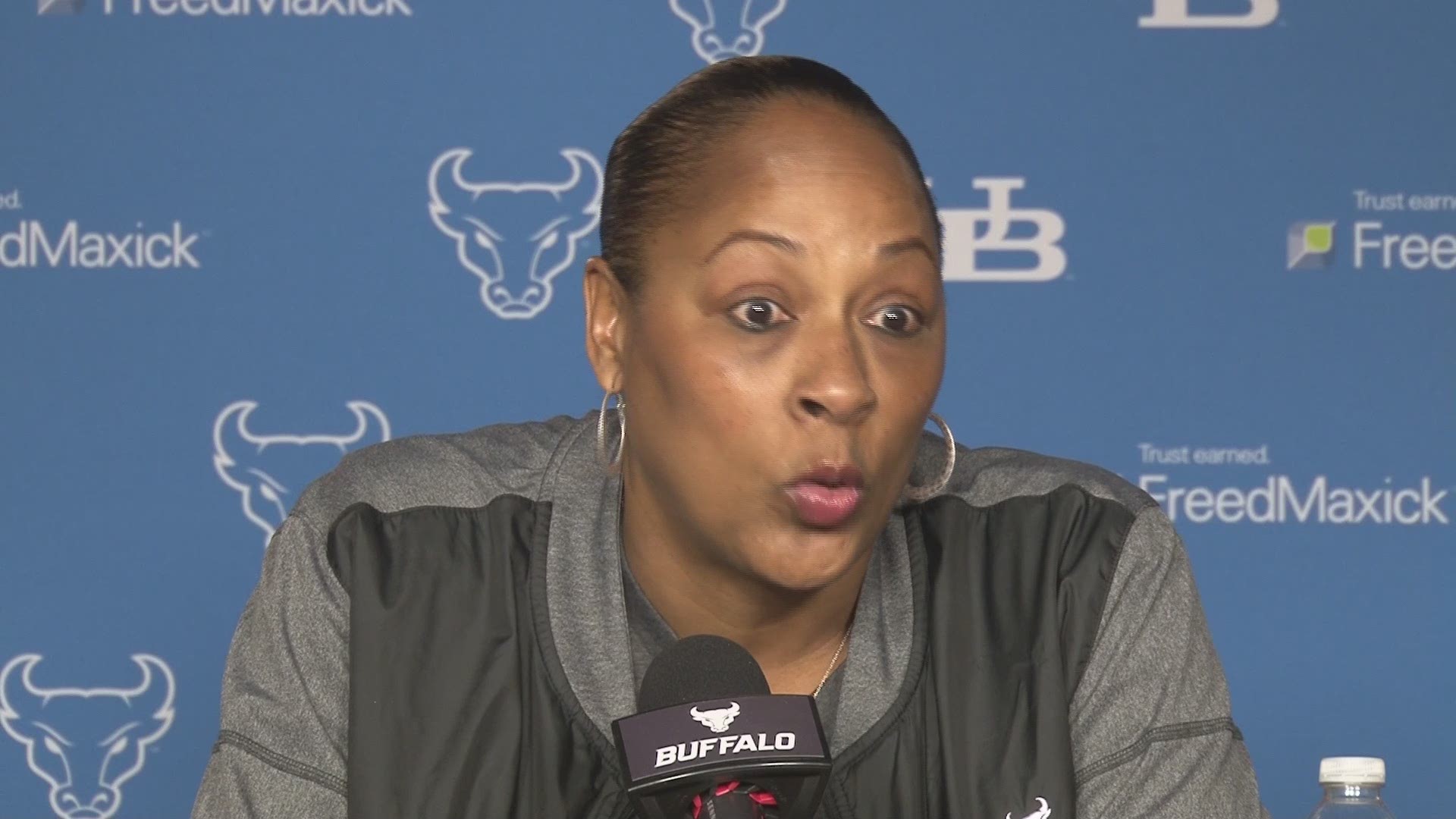 AMHERST, NY- Saturday morning the UB women's basketball team will play the defending national champions, South Carolina, in their Sweet 16 match up. Tip off in Albany is scheduled for 11:30 AM.

The UB women are in the midst of an historic season. They lost the MAC Championship game to Central Michigan but then received an at large bid to the NCAA tournament. They beat South Florida in their first round game and whipped Florida State on its home court in the second game to move into the Sweet 16.

Tuesday Felisha Legette-Jack described her team to the media. Passion. "Defense. You take it from us we're coming back and getting it from you. We don't think that we're ever out of a game. You can be up by 20 we're going to come at you. Because its not about the other team that we're playing its about our story and its about our sisterhood, its about our foxhole. And we refuse to let each other down until the last horn sounds."

The Bulls are led by five seniors and junior Cierra Dillard. Senior point guard Stephanie Reid came all the way from Australia to play for the Bulls. "To come in with the five seniors that we have and we came in day ones saying we want to leave this place better than when we came here and now we can say that we've done that and its just grown as a sisterhood."