UB loses to Troy in the Dollar General Bowl

The Bulls turned the ball over four times in a 42-32 loss in the program's third ever bowl game. 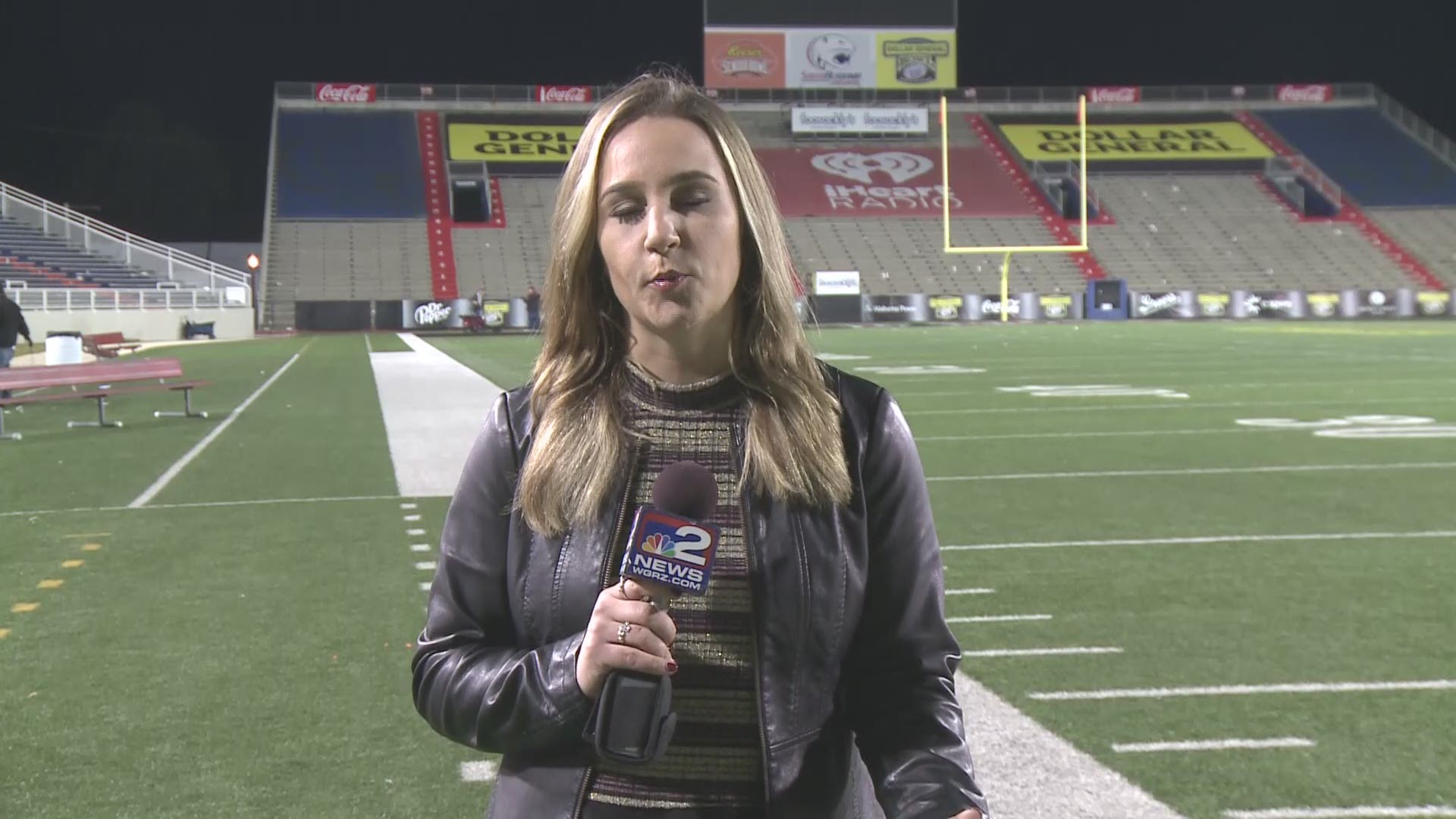 Troy (10-3) secured the hard-fought win on Davis' 20-yard touchdown run with 3:09 remaining, a play after Buffalo's Tyree Jackson fumbled to give the Trojans possession. It was the Bulls' third lost fumble.

The entertaining game that had several big swings in momentum, especially during a strange third quarter that featured Buffalo scoring seven points despite not running an offensive play.

Troy took a 21-17 lead on Smith's 2-yard touchdown run with 9:47 left in the third and then immediately recovered an onside kick. The Trojans were driving for another score before a B.J. Smith fumble bounced into the hands of Buffalo's Tyrone Hill, who ran 93 yards for a touchdown to give the Bulls a 24-21 lead.

Troy jumped ahead 35-24 after two quick touchdowns in the fourth quarter and held off Buffalo's final rally.

Buffalo's Jackson threw for 274 yards with a touchdown and an interception.

Buffalo (10-4) took the early 7-0 lead on Jaret Patterson's 11-yard touchdown run less than two minutes into the game. The drive was helped by a spectacular 51-yard pass completion that bounced off K.J. Osborn's hands and pinballed between a few Troy defenders before being caught by Buffalo's Antonio Nunn.

Troy bounced back quickly with its own huge gain through the air - a 60-yard touchdown from Sawyer Smith to Tray Eafford.

The game stayed tight throughout the first half and Buffalo took a 17-14 lead late in the second quarter on Adam Mitcheson's 41-yard field goal. The Bulls had the halftime lead despite three turnovers, including two fumbles.

Buffalo: It's a disappointing loss for the Bulls, who are still looking for their first bowl win in program history. Buffalo dominated at times, but the four turnovers proved to be tough to overcome.

Troy: The Trojans secured their third straight 10-win season, which is the longest such streak in program history. Sawyer Smith was excellent and Troy finally got its run game going in the second half. The Trojans were also able to capitalize on Buffalo's turnovers.

The Bulls should return most of their offense next season, but must replace eight defensive starters. Buffalo opens at home against Robert Morris next season.

Troy has a few holes to fill, but should return another very good team next season. Troy opens at home against Campbell next season