Whitesell was associate head coach for four years under previous head coach, Nate Oats before he left for the same job at Alabama. 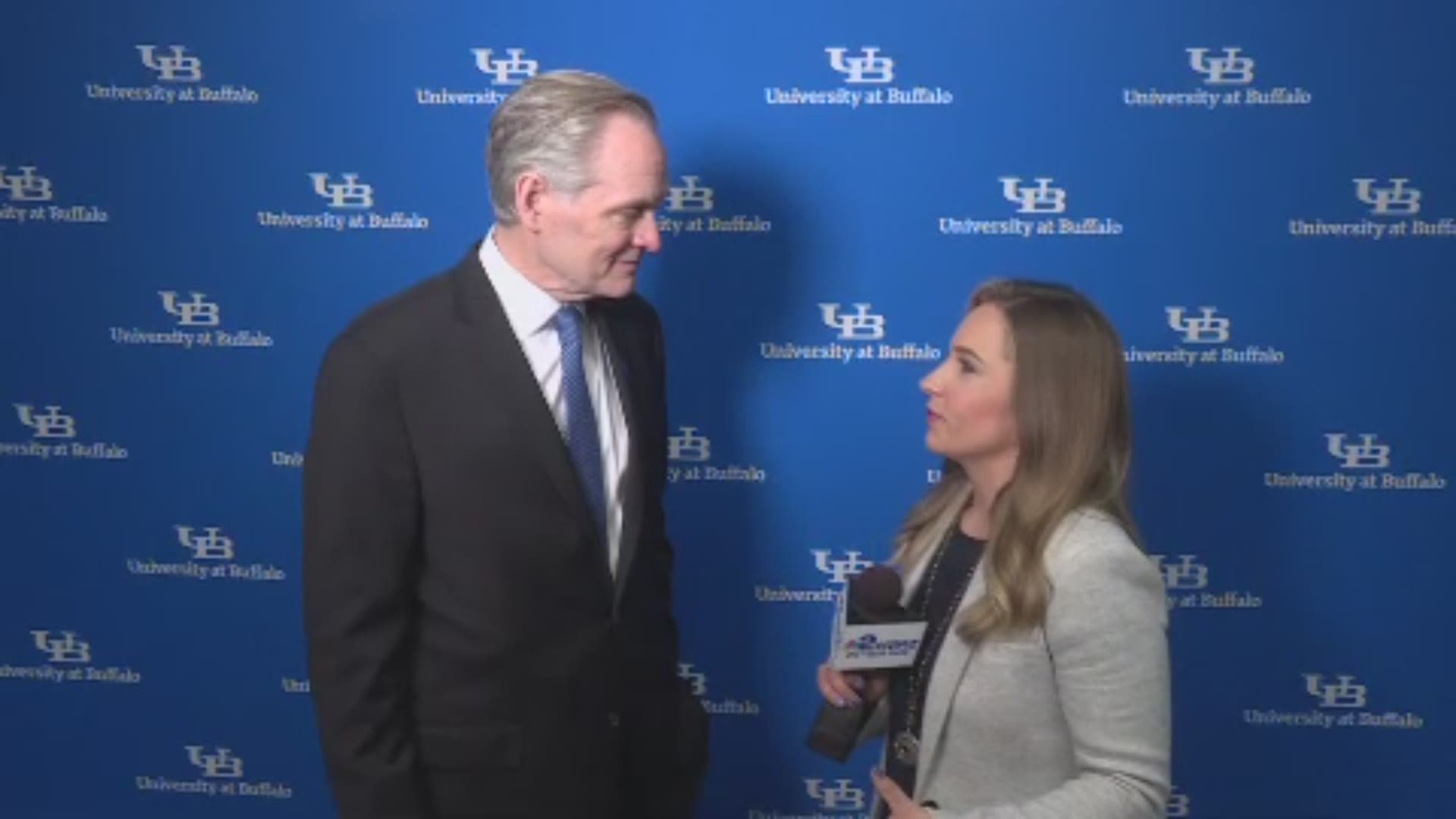 AMHERST, N.Y. — UB men's basketball once again decided to stay in-house when making the decision as to who would become the next head coach.

In April 2015, Nate Oats was promoted to head coach after serving as an assistant under Bobby Hurley. After Oats left for Alabama last month, UB did the same as it did four years ago and promoted from within as associate head coach, Jim Whitesell became the program's 14th head coach.

Whitesell didn't waste anytime getting started. He was in Minneapolis for the Final Four when he got the job and immediately started reaching out to different people.

"I was in my hotel room until about three in the morning calling recruits, our players, and I think I met with three or four people in terms of assistant coaching positions so I got a lot done in about 12 hours," Whitesell said.

As far as the coaching search went, athletic director Mark Alnutt said he had a list of 40 names when they started the process. Alnutt also said he told players he was going to make a hire before the end of the Final Four.

"At the end of the day Jim proved he was the right person for the job," Alnutt said.

This team was already going to go through major changes after graduating five seniors but now with changes to the coaching staff, the lost four players from their upcoming recruiting class so now it's up to Whitesell to sell Buffalo to future players.

"Number one look at the success we've had, look at what we've done, it's a group of people working together, sell that vision and the style of play and the University and the community," Whitesell explained.