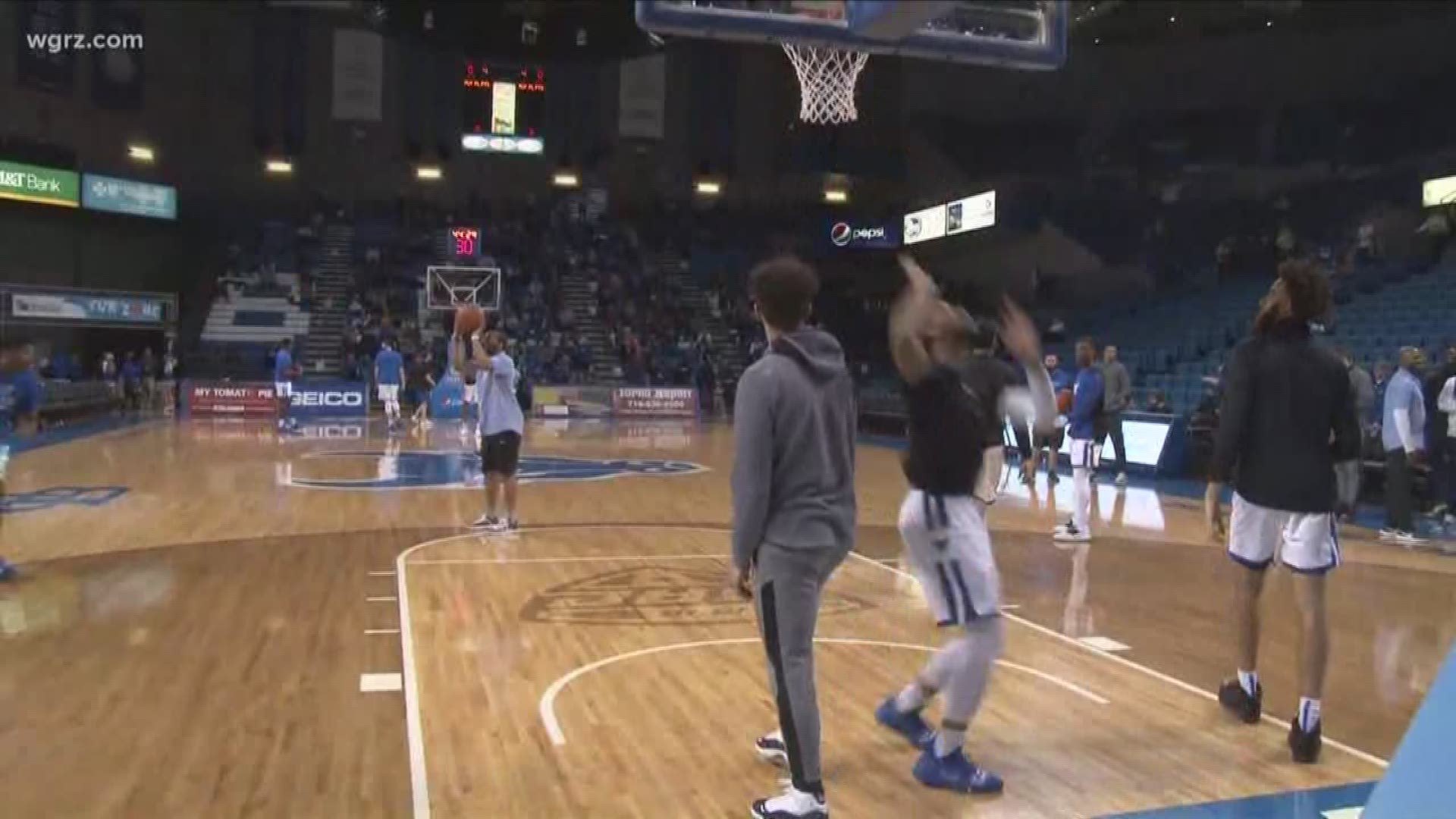 BUFFALO, N.Y. — A big reason for the success of UB men's basketball is its seniors. The Bulls are led by their five seniors and Friday they'll celebrate them on senior night in the regular season finale.

CJ Massinburg and Nick Perkins built the foundation for this program along with Nate Oats and his coaching staff. Massinburg and Perkins have been with the Bulls all four years and during the entire time Oats has been head coach.

Together the five of them have built a team that was nationally ranked almost the entire season, won the MAC regular season title and now they have their sights set on another MAC championship followed by an NCAA tournament run.

The Bulls will celebrate their seniors with a postgame ceremony after the game on Friday. Tip-off is at 6 p.m. Then after this, it's on to the MAC tournament which gets underway next week. The Bulls have clinched the number one seed and because of it have a bye to the quarterfinals on Thursday. They'll play at noon and their opponent is still to be determined.