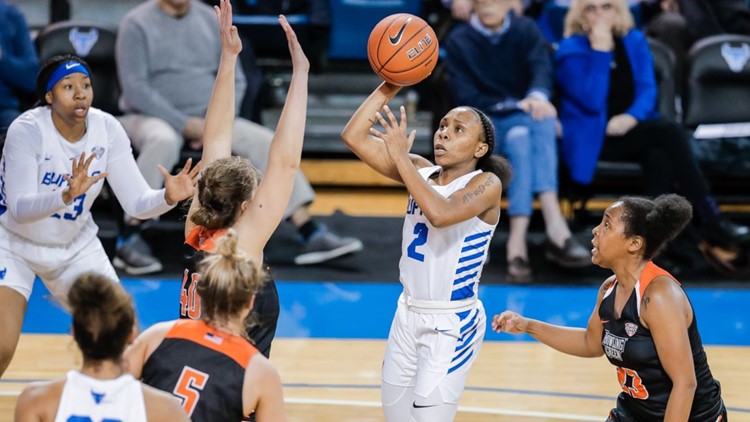 Photo by: University at Buffalo

AMHERST, N.Y. — The University at Buffalo women's basketball team (11-4, 2-2 MAC) outscored Bowling Green 21-14 in the fourth quarter to defeat the Falcons 65-59 on Alzheimer's Awareness night at Alumni Arena on Wednesday.

Buffalo was led by freshman Dyaisha Fair who scored a game-high 26 points to go along with seven rebounds, two assists and three steals. Sophomore Adebola Adeyeye had another double-digit effort on the glass as she grabbed 11 rebounds to go with nine points and senior Theresa Onwuka also turned in a double digit rebounding performance with 11 boards, while scoring seven points and recording three steals.